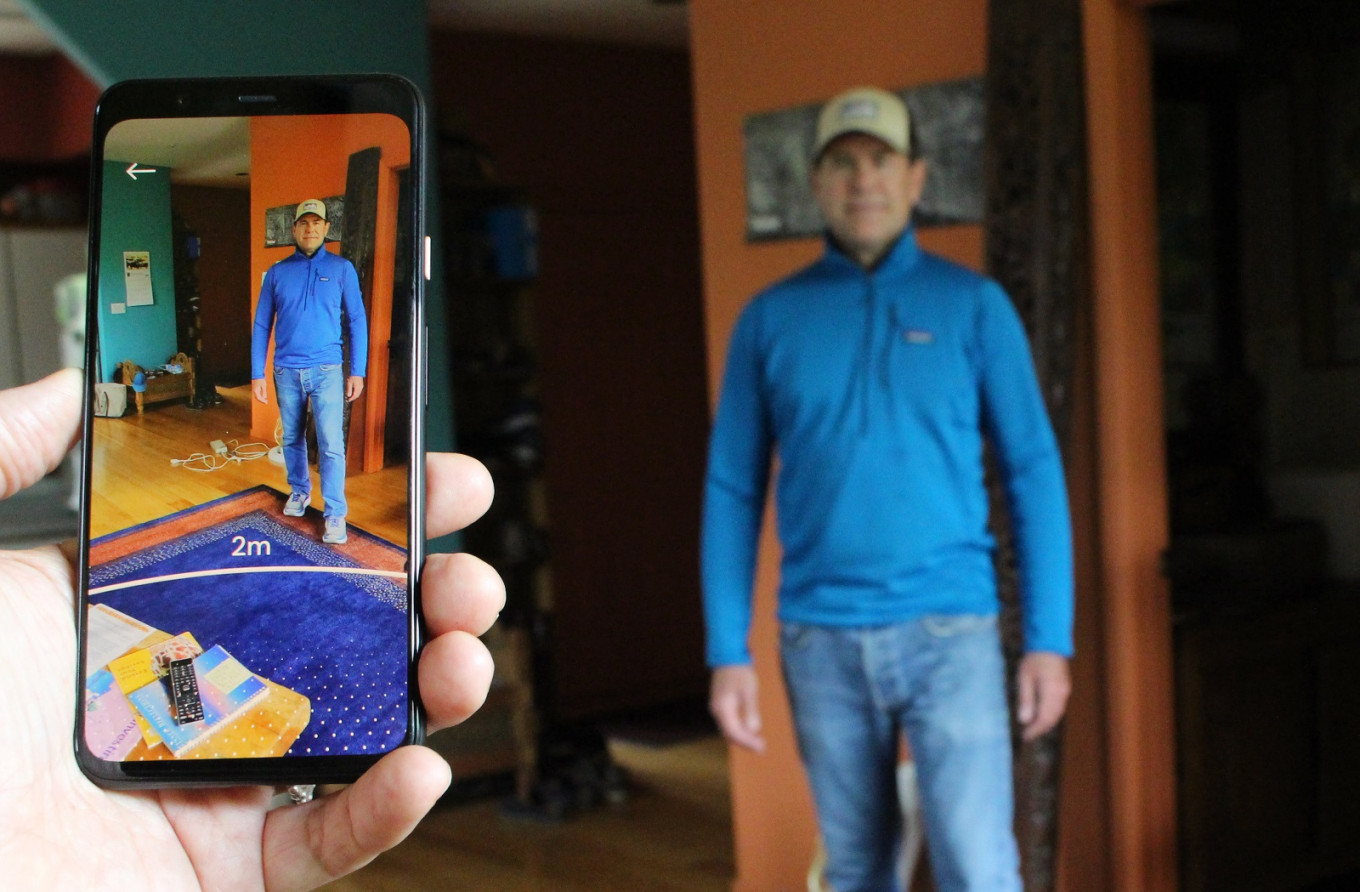 A Pixel smartphone sets a 2-meter perimeter for safe social distance as Scott Burns crosses the living room of his home in the Silicon Valley city of Santa Cruz on May 29, 2020. (AFP/Glenn Chapman) Google on Wednesday unveiled two new smartphones with 5G wireless capability under its Pixel brand, which showcases the Android mobile…

A Pixel smartphone sets a 2-meter perimeter for safe social distance as Scott Burns crosses the living room of his home in the Silicon Valley city of Santa Cruz on May 29, 2020. (AFP/Glenn Chapman)

Google on Wednesday unveiled two new smartphones with 5G wireless capability under its Pixel brand, which showcases the Android mobile system but has limited market share.

The new Pixel 5 will start at US$699 for US customers and its reduced-price Pixel 4a with 5G at $499, the California tech giant announced at a streamed event.

The phones will be available from Oct. 15 in the US and other markets.

The announcement puts Google, for the moment, ahead of Apple in the 5G smartphone race, with a 5G iPhone widely expected to be unveiled in the coming weeks. It also positions Google with a competitively priced 5G device as consumers begin looking for upgrades.

Google’s Pixel handsets have won positive reviews for their powerful cameras and integrated artificial intelligence, but have failed to crack the top ranks of the smartphone market dominated by the likes of South Korea’s Samsung, Apple and China’s Huawei.

The Pixel devices nonetheless serve as a showcase for Google and Android, integrating hardware and software and the newest Google applications.

“Google has pivoted its Pixel line from competing at the highest price points to offering more value, but the competition has intensified in the mid-tier market as well,” said Avi Greengart of the consultancy Techsponential.

“That leaves the Pixel 5 again trying to differentiate itself on its camera and software.”

The launch comes with the global smartphone market struggling from the pandemic-induced economic crisis and with many consumers waiting for 5G devices.

Total smartphone sales were down 16 percent in the second quarter, according to research firm IDC, whose survey showed Huawei leading the market ahead of Samsung, Apple and Chinese firms Xiaomi and Oppo.

At Wednesday’s event, the company also announced a ramped up version of its Google TV platform which competes against Roku and Amazon’s Fire TV.

“The new Google TV experience brings together movies, shows, live TV and more from across your apps and subscriptions and organizes them just for you,” said Google TV senior director Shalini Govilpai.

Also unveiled was a new Nest Audio smart speaker which  is 75 percent louder and has 50 percent stronger bass than its original smart speaker with the Google Home brand, according to the company.

Your premium period will expire in 0 day(s)