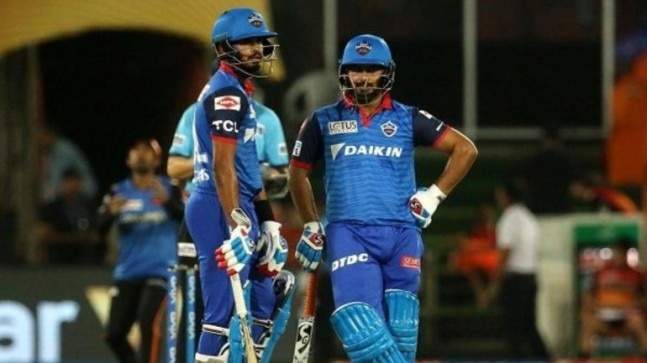 Delhi Capitals (DC) are one of the 3 active franchises, who haven’t got the opportunity to lay their hands on the glittery IPL trophy. In fact, they are the only team to not have qualified for the final.If star players alone can win the IPL trophy for their teams, then Delhi Capitals should have won…

Delhi Capitals (DC) are one of the 3 active franchises, who haven’t got the opportunity to lay their hands on the glittery IPL trophy. In fact, they are the only team to not have qualified for the final.

If star players alone can win the IPL trophy for their teams, then Delhi Capitals should have won the title on multiple occasions as players including Virender Sehwag, AB de Villiers, Tillakaratne Dilshan, David Warner and Yuvraj Singh have been part of the team at some point of time.

So, it’s a confirmed fact that cricket being a team game needs all the 11 players to get in sync together to become the champions. DC reached the playoffs stage of the tournament after 7 years in 2019 but its quest for maiden IPL title continues. As the fans and cricketers eagerly wait for IPL 2020 to kick off this year, we sat down to pick up the all-time XI for Delhi capitals.

Shreyas Iyer took the captaincy baton from non other Gautam Gambhir, the local boy who decided to step down from his position after failing to deliver with the bat in the starting few matches of IPL 2018. The pressure was right away on Iyer as it was not only difficult for him to fill the big shoes of IPL’s 3rd most successful captain Gambhir but also because the then 23-year-old had to lead a team comprising of Glenn Maxwell, Trent Boult and Amit Mishra, who were all very senior to him. Iyer accepted the challenge head-on and marshalled a young DC team to IPL playoffs after 7 years in 2019. Iyer has the best winning percentage amongst all the DC captains till date (more than 5 matches).

Virender Sehwag was a blind pick because of multiple reasons, all very strong. Sehwag was the ‘Icon’ player for Delhi Capitals (formerly known as Delhi Daredevils) in the inaugural edition. He remain a part of the team til 2013. The Arun Jaitley Stadium (Feroz Shah Kotla stadium) is the right-hand batsman’s home ground where he has aggregated 2,382 runs at a strike rate of 158.37 in his DC career. He still happens to be the leading run-scorer for DC.

Partnering Virender Sehwag will be another pocket-sized dynamite David Warner. The Australian batsman is world famous for his hitting prowess and the left-hand right-hand batting combination with his partner will help unsettle the opposition bowlers. While Sehwag is someone who believes in just watching and hitting the ball, Warner also is capable of changing gears according to the situation. Warner is one of the seven batsmen to have scored over 1,000 runs for DC.

Shreyas Iyer, 25, is the captain of the squad and with captaincy comes al the big responsibilities. Iyer’s batting has the capacity to consolidate an innings, he looks perfect to anchor an innings. The Mumbai batsman’s has proper cricketing techniques under his belt, he is capable of taking the aerial route on one ball and then playing a handsome cover drive on the other. Captaincy has brighten his batting graph and Shreyas Iyer now have 1,681 runs for DC in 62 matches. He averages 30.56 and has a strike rate of 126.96, the strike rate is more than decent for a batsman who comes to bat after Sehwag and Warner.

Kevin Pietersen, we all agree is one of the most elegant and yet supremely destructive batsman to have played the game. Walking down to a fast bowler and smashing him over his head is not what everyone can do. Kevin Pietersen is one of the early The inventor of the switch-hit shot is a great fieldsman as well and has a good cricketing brain. He averaged 37.33 at DC.

Quniton de Kock is someone who has impressed one and all in the recent years. He recently has been named the captain of the South Africa limited-overs teams. De Kock has a calm demeanour surrounding him and his stroke play is smooth like a butter. De Kock has all the elegance of a left-hand batsman. Very rarely we come across a batsman, who thrashes the bowlers without taking much risk. The South African is athletic and agile behind the stumps and that aided his selection in this all-time DC XI.

Rishabh Pant came all guns blazing in IPL 2019. He was DC’s 2nd-highest run-getter in 2019. His brilliant performance earned him a place in India’s 2019 World Cup squad as well. The batsman has been selected only because of his batting potentials. With no wicketkeeping job, the young batsman can concentrate only on finishing the game well for the team. Last year, Pant’s strike rate was a staggering 162.66.

This was the hardest choice to make. Glenn Maxwell and Chris Morris were also in contention but limited number of overseas slots made it difficult to select them. Kedar Jadhav’s name also popped up but Irfan Pathan took the edge because on his day he can swing his bat as well as the ball equally well.

Veteran spinner Amit Mishra has the 2nd-most highest number of wickets in IPL history and the highest when it comes to DC. The 37-year old is sort of a club legend and has taken 101 wickets from his 96 matches. His economy rate is below 8 and has a five-for to his name. The spinning pitch of Arun Jaitley Stadium is best suited for his treacherous deliveries.

Shahbaz Nadeem has also made it to the list because spinning nature of Arun Jaitley Stadium’s surface needs another specialist spinner. Nadeem’s experience of 117 first-class matches and 61 matches for DC has come handy on many occasions. He might not look very attractive with his bowling action but he does his work efficiently whenever required.

Kagiso Rabada was one another blind pick for the all-time DC XI. Speed, accuracy and swing combine together to make him one of the world’s most feared bowler. He has scalped 31 wickets for DC at a strike rate of 13.2. In his 18-match career for DC, Rabada has taken 4 wickets in an innings on 2 occasions.

Ashish Nehra, another local boy makes it to the list of Delhi Capitals’ all-time XI. He knows the local conditions, is very economical and also fulfils the team’s need for a left-arm pacer. The veteran pacer is capable of bowling at a tight length and foxing the batsmen by changing the pace of the ball quite frequently.