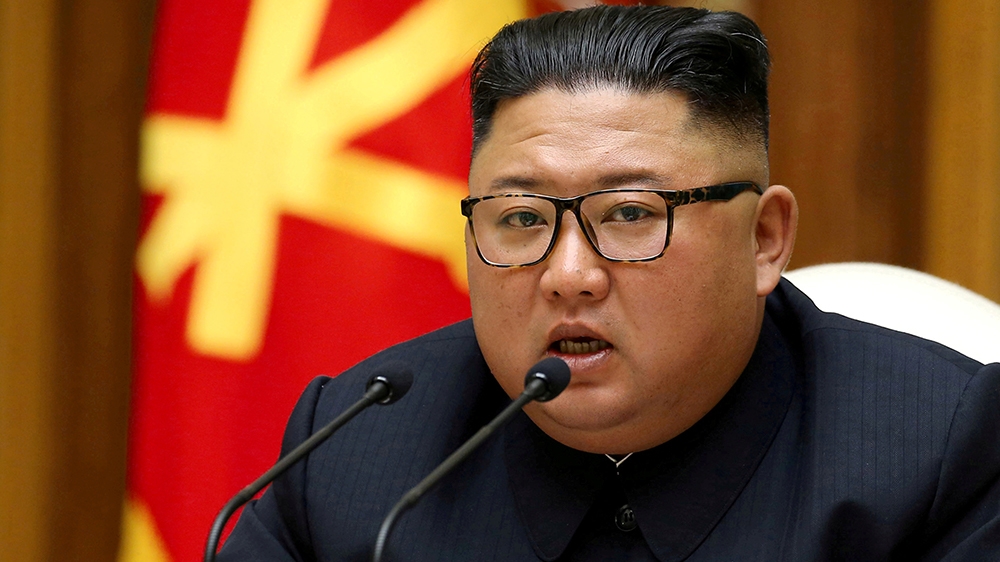 North Korean leader Kim Jong Un has made his first public appearance in 20 days, North Korean state media reported early on Saturday, amid rumours about his health. The Korean Central News Agency (KCNA) reported that Kim attended a ceremony marking the completion of a fertiliser factory in Suncheon, near the capital of Pyongyang, with…

The Korean Central News Agency (KCNA) reported that Kim attended a ceremony marking the completion of a fertiliser factory in Suncheon, near the capital of Pyongyang, with other senior officials, including his sister, Kim Yo Jong.

KCNA said Kim cut a ribbon at the ceremony on Friday and those attending the event “burst into thunderous cheers of ‘hurrah!’ for the Supreme Leader who is commanding the all-people general march for accomplishing the great cause of prosperity.”

Kim was seen in photographs smiling and talking to aides at the ribbon-cutting ceremony and also touring the plant.

The authenticity of the photos, published on the website of the official Rodong Sinmun newspaper, could not be verified.

Asked about the KCNA report, U.S. President Donald Trump said: “I’d rather not comment on it yet.”

Speculation about the Korean leader’s health swirled after he missed the April 15 birthday celebration for his late grandfather Kim Il Sung, the country’s most important holiday, for the first time since he took power in 2011.

Without publishing images, state media reported that Kim Jong Un was carrying out routine activities outside public view, such as sending greetings to the leaders of Syria, Cuba and South Africa and expressing gratitude to workers building tourist facilities in the coastal town of Wonsan, where some speculated he was staying.

South Korea’s government, which has a mixed record of tracking Pyongyang’s ruling elite, repeatedly downplayed speculation that Kim, believed to be 36, was in poor health following surgery.

The office of South Korean President Moon Jae-in said it detected no unusual signs in North Korea or any emergency reaction by the country’s ruling party, military and cabinet. It said it believed Kim was still managing state affairs but staying at an unspecified location outside Pyongyang. It was not immediately clear what caused Kim’s absence in past weeks. In 2014, Kim vanished from the public eye for nearly six weeks and then reappeared with a cane. South Korea’s spy agency said he had a cyst removed from his ankle.

The former top U.S. diplomat for East Asia, Daniel Russel, said the pieces of the puzzle of Kim’s disappearance would take time to assemble.

His reappearance showed that authoritative information about the well-being and whereabouts of a North Korean leader were very closely guarded, and rumours about him needed to be regarded with considerable skepticism, Russel said.

The rumours had, however, served to focus attention on North Korea’s succession plan, which “in a monarchical and cult-like dictatorship is filled with risk, and the absence of a designated adult heir compounds that risk many times over,” Russel said.