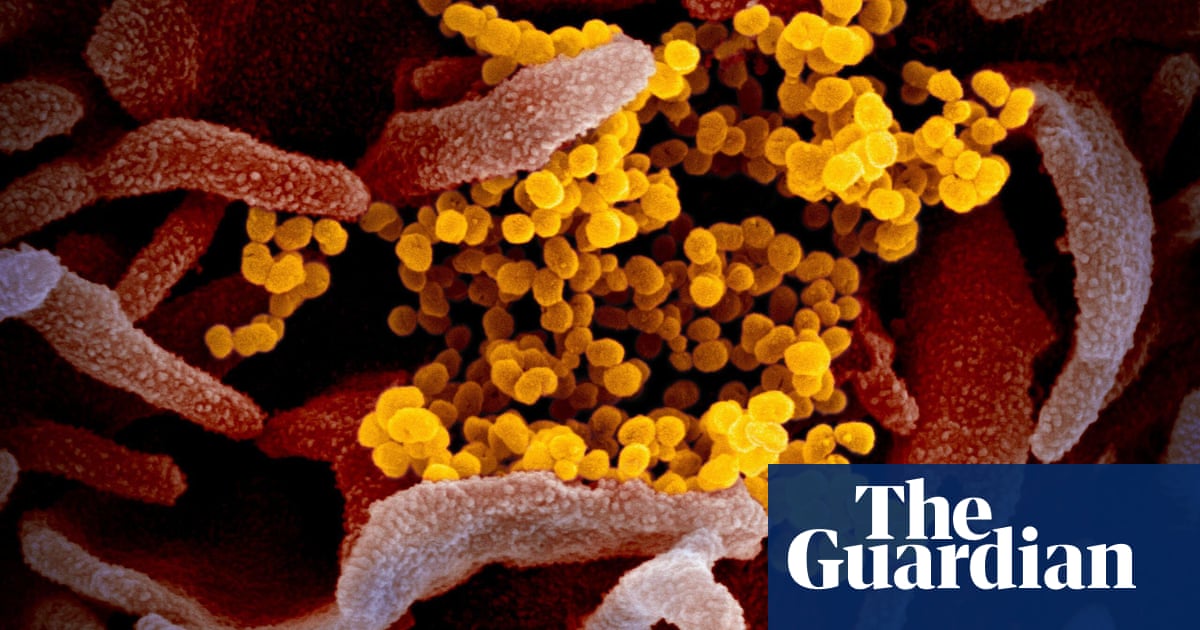 Scientists working for the US military have designed a new Covid-19 test that could potentially identify carriers before they become infectious and spread the disease, the Guardian has learned. In what could be a significant breakthrough, project coordinators hope the blood-based test will be able to detect the virus’s presence as early as 24 hours…

Scientists working for the US military have designed a new Covid-19 test that could potentially identify carriers before they become infectious and spread the disease, the Guardian has learned.

In what could be a significant breakthrough, project coordinators hope the blood-based test will be able to detect the virus’s presence as early as 24 hours after infection – before people show symptoms and several days before a carrier is considered capable of spreading it to other people. That is also around four days before current tests can detect the virus.

The test has emerged from a project set up by the US military’s Defense Advanced Research Projects Agency (Darpa) aimed at rapid diagnosis of germ or chemical warfare poisoning. It was hurriedly repurposed when the pandemic broke out and the new test is expected to be put forward for emergency use approval (EUA) by the US Food and Drug Administration (FDA) within a week.

“The concept fills a diagnostic gap worldwide,” the head of Darpa’s biological technologies office, Dr Brad Ringeisen, told the Guardian, since it should also fill in testing gaps at later stages of the infection. If given FDA approval, he said, it had the potential to be “absolutely a gamechanger”.

While pre-infectious detection would improve the efficiency of test-and-trace programmes as governments worldwide relax lockdowns, Darpa cautioned that it must wait until after FDA approval is given and the test can be put into practise for evidence of exactly how early it can pick up the virus.

“The goal of research is to develop and validate an early host blood response diagnostic test for Covid,” Prof Stuart Sealfon, who leads the research team at Mount Sinai hospital in New York, said in an email.

He said the testing approach, which looks at the body’s response as it fights Covid-19, should produce earlier results than current nose-swab tests that hunt for the virus itself. “Because the immune response to infection develops immediately after infection, a Covid signature is expected to provide more sensitive Covid infection diagnosis earlier,” he told the Guardian.

The research behind the development of the tests will eventually be made public, with the collaborating teams from medical schools at Mount Sinai, Duke University and Princeton expected to publish online, allowing scientists around the world to trial similar methods.

If EUA is granted, the test should start being rolled out in the US in the second half of May. Approval is not guaranteed, but Darpa scientists are enthusiastic about the potential impact as governments loosen lockdowns amid worries about controlling potential second-wave outbreaks.

“We are all extremely excited. We want to roll this test out as quickly as we can, but at the same time share with others who might want to implement in their own countries,” said Dr Eric Van Gieson, who set up Darpa’s epigenetic characterization and observation (Echo) programme last year to diagnose biological warfare victims, and has redirected it to focus on Covid-19. Epigenetics looks at a set of controls on genes that can respond to the environment.

Hope that the test might pick up carriers before they become infectious is based on previous research into other viruses, though Sealfon said this remained “unknown” for Covid-19.

“We have evidence that diagnosis happens in the first 24 hours for influenza and an adenovirus,” Van Gieson said. “We are still in the midst of proving that with Covid-19. That said, we should know very soon after EUA.” He sees potential for the US to carry out up to a million tests a day, starting with 100,000 daily in May.

The test would up up the possibility of isolating pre-infectious cases and closing down transmission chains. It could also dramatically reduce quarantine periods for people exposed to Covid-19 spreaders, allowing them to go back to work within days. “It could have exceptional demand,” said Chris Linthwaite, the chief executive of Fluidigm, a California life-sciences technology company that is part of the project, who believes frequent testing can help manage workforces as they return to offices, warehouses and factories.

The UK government announced plans two weeks ago to restart a contact-tracing programme that was abandoned early in the outbreak. Britain’s stated target was 100,000 tests a day by the end of April. France announced on Tuesday that it would test 700,000 people a week, including those without symptoms.

Other countries such as South Korea, Australia and New Zealand already have efficient tracing systems, but they would be boosted if carriers could be detected early.

Darpa experts also see potential to improve protocols for protecting health care workers and others in high-risk jobs, as well as those in relatively self-contained or isolated communities such as care homes and prisons or onboard ships.

The test uses the same polymerase chain reaction (PCR) machines used for checking nasal swabs from people suspected of having the virus. “It’s a simple tweak,” said Van Gieson. “The infrastructure is already there.”

Limitations on use are similar to those already faced by countries such as Britain and depend on PCR capacity, stocks of chemical reagents and logistics. Results can take an hour, or longer if samples must be sent away to laboratories.

Like the viral test, the new blood test hunts for a type of molecule called RNA. In this case it is messenger RNA (mRNA). “Target mRNA is part of the immune response to viral infection,” Sealfon said. “mRNA expression levels really do adjust due to the presence of Covid-19. Understanding the immune response is key to fighting Covid-19.”

Covid-19 is thought to incubate for about five days, at which stage people are assumed to become infectious. That is also when the virus can be detected by current nose swab tests. “They do the job, they just don’t tell you someone is sick until maybe four days after this [new test],” said Van Gieson.

The research shows accuracy levels above 95%. “This is something that will need to be constantly monitored as it will inevitably change up or down,” Van Gieson said.

Blood samples are harder to collect than nose swabs, but may be more reliable. Swab testing can be difficult because it requires taking a sample from deep inside the nose.

“It can throw up a lot of false negatives,” said Prof Lawrence Young of Warwick University, adding that recent studies showing low reliability were probably due to poor swab sampling. “I’ve been very concerned by pictures on the television of drive-in testing. Something you could measure reliably in blood could be a good thing.”

Like all researchers contacted by the Guardian, however, he was unwilling to comment further until the Mount Sinai-led team published its research. Most were concerned about potential problems with accuracy and practicality. Blood collection is a potential limitation, since drive-in centres are not usually equipped to do this. One millilitre of blood – a fifth of a teaspoon – is needed.

The research team is expected to publish the mRNA sequence, allowing others to create the so-called “primer” required. A similar approach was taken when the genetic sequence of the virus itself was released by China in January, allowing tests to be developed rapidly in South Korea and elsewhere.