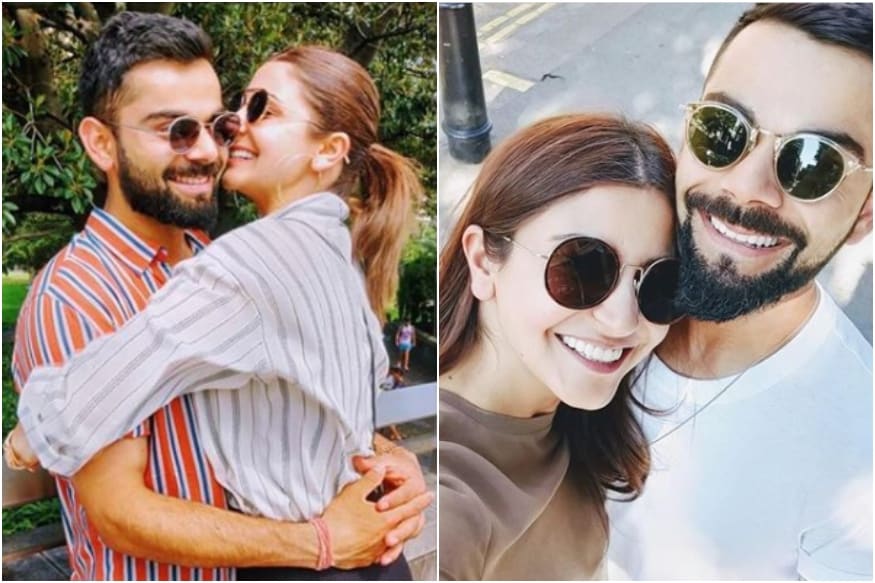 Virat Kohli and Anushka Sharma Here's looking at Anushka Sharma's adorable moments with husband Virat Kohli on social media. Trending Desk Last Updated: May 1, 2020, 9:52 AM IST Share this: Bollywood actress Anushka Sharma blows out candles on her birthday cake on May 1. Anushka, who turns 32, is born to Colonel Ajay Kumar…

Bollywood actress Anushka Sharma blows out candles on her birthday cake on May 1. Anushka, who turns 32, is born to Colonel Ajay Kumar Sharma and completed her education from Army School in Bangalore.

Anushka made her debut in Bollywood opposite Shah Rukh Khan in Rab Ne Bana Di Jodi (2008). In a career of over a decade, Anushka has worked with top actors and directors and has starred in some of the most successful films. Anushka also launched her production company in 2014 called Clean Slate Films that has produced three of her films namely – NH10 (2015), Phillauri (2017) and Pari (2018). She owns a clothing brand called Nush started in 2017.

Anushka is happily married to Indian cricketer Virat Kohli. The couple tied the knot in December 2017 in Tuscany, Italy in the presence of family.

Today on Anushka’s birthday, we look back at some of the most adorable moments of the couple:

Anushka and Virat are known to be animal lovers. This click captures the couple pouring love for their four-legged friends.

Anushka captioned the post as, “Love is beyond and above everything. The only thing that’s real . It’s all encompassing and beyond the reach of the mind. Happy Valentine’s day to all”

Seen in the frame, the couple looks beyond adorable as they twin in striped collars and sunshades. We heart how Anushka writes alongside the picture, “You make me such a happy girl”.

Always arm-in-arm, this couple set major goals wherever they go. Anushka took to her Instagram page to upload an image with her dearest friend.

Straight from the heart

Anushka and Virat travel to beautiful locations quite often. To wish Virat on his birthday, Anushka wrote, “This one is my blessing . My friend , My confidante , My one true love . I hope you find the light guiding your path always and may you choose to do the right thing every time . Your compassion is what makes you a good leader and i pray that you always have that in abundance . Happy Birthday my love(sic.)”

A union to remember

Anushka and Virat’s wedding pictures truly mesmerized one and all. The images looked straight out of a fairy-tale.

Anushka penned a heartfelt note that reads,” Today we have promised each other to be bound in love forever. We are truly blessed to share the news with you. This beautiful day will be made more special with the love and support of our family of fans & well wishers. Thank you for being such an important part of our journey.”