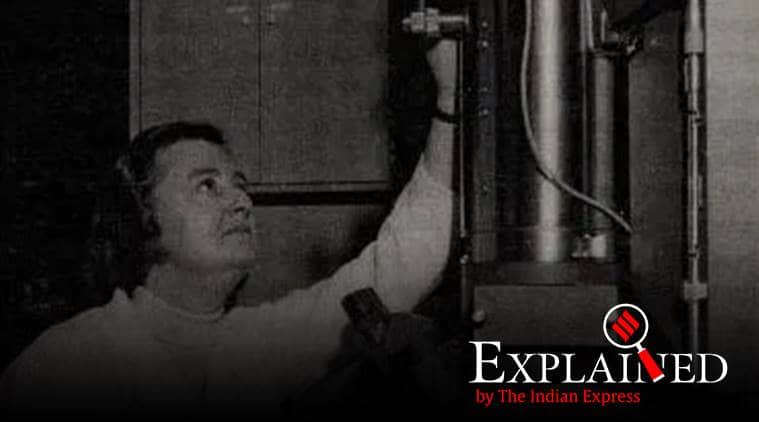 By: Explained Desk | New Delhi | Updated: April 17, 2020 7:35:45 pm June Almedia was a virologist whose skills in electron microscopy helped her identify viruses whose structures were previously unknown. (Source: Wikipedia)Coronavirus (COVID-19): The scientist who visualised the first human coronavirus was virologist June Almeida. She pioneered the technique of electron microscopy, used…

June Almedia was a virologist whose skills in electron microscopy helped her identify viruses whose structures were previously unknown. (Source: Wikipedia)

Who was June Almeida?

Almeida grew up in an apartment in Glasgow. While she had academic potential, she was forced to drop out of school at the age of 16 after failing to receive funding to study further, her daughter Joyce later revealed in an article in The British Medical Journal.

After leaving school in 1947, Almeida became a laboratory technician in histopathology at the Glasgow Royal Infirmary, earning a stipend of 25 shillings per week. The skills she developed at her job helped her career as a virologist. She went on to not only identify viruses whose structures were previously unknown, but her work also shed light on the pathogenesis of viral infections.

Almeida and her husband emigrated to Canada after their marriage, where she was appointed an electron microscopy technician at the Ontario Cancer Institute in Toronto.

A note in the Oxford Dictionary of National Biography by author JE Banatvala stated that it was possible for Almeida to get employment as there was less emphasis on formal training and “the necessity of having to overcome academic hurdles” on the other side of the Atlantic.

In Canada, Almeida’s work was noticed and her name was included in numerous scientific publications, “particularly related to viral structures”, Banatvala explained.

She was also one of the contributors who helped shape the World Health Organization’s (WHO) 1979 manual for rapid laboratory viral diagnosis.

Almeida pioneered a technique called electron microscopy that involved the use of negative staining. Through her method, the virus was introduced to antibodies, which it latched itself on to. Using negative staining— where the background is strained, leaving the specimen untouched and, therefore, visible— she was able to see the virus clumped with the antibodies, and visualise its structure.

In a paper authored in 1984, Almeida stated it was “an increasingly useful tool in the viral diagnostic field” for reaching a primary diagnosis and to corroborate findings from other techniques.

📢 Express Explained is now on Telegram. Click here to join our channel (@ieexplained) and stay updated with the latest

In fact, using electron microscopy, Almeida was also responsible for the first visualisation of the rubella virus. She was also instrumental in figuring out that there are two distinct components of the Hepatitis-B virus, one on the surface of the particle, and one internally.

The discovery of the first human coronavirus

The first human coronavirus was discovered in 1965 by scientists DJ Tyrell and ML Bynoe, years after the disease was found in animals. They isolated a virus from the nasal washings of a male child who had symptoms and signs of a common cold. It was found that the washings were able to induce common colds in volunteers intranasally.

The duo called the virus B814, and found that while they were able to cultivate the virus in human embryo tracheal organ tissue, they were unable to do so in routine cell lines. In a paper published in 1965, Tyrell and Bynoe wrote: “After considerable initial doubts, we now believe that the B814 strain is a virus virtually unrelated to any other known virus of the human respiratory tract.”

Two years after their discovery, in 1967, Almeida collected the samples and attempted to visualise them using a microscope, through a technique she pioneered called electron microscopy.

Almeida, along with Tyrell, was able to show that the virus in the samples were morphologically identical to the viruses of avian bronchitis and mouse hepatitis.

“Probably the most interesting finding from these experiments was that two human respiratory viruses, 229 E and B 814, are morphologically identical with avian infectious bronchitis,” they wrote in 1967, in a paper titled “The Morphology of Three Previously Uncharacterized Human Respiratory Viruses that Grow in Organ Culture”, published in the Journal of General Virology.

They called it the “coronavirus” due to the protrusions on its surface which made it look like an emperor’s crown. The name was accepted a year later in 1968.

Don’t miss from Explained | The coronavirus disease seems to kill more men than women. Why?

Much later, in a 1984 paper titled “Viral Diagnosis by Electron Microscopy”, Almeida wrote about the identification of coronaviruses: “Coronaviruses in particular are difficult as some cell components for example, mitochondria, also have surface projections. However, if technically good specimens are produced this should not be a serious problem as each type of projection is distinctive, and form can be used to distinguish viral from cellular components.”

Don’t miss these articles on Coronavirus from the Explained section:

? How coronavirus attacks, step by step

? Mask or no mask? Why the guidance has been shifting

? Besides a face cover, should I wear gloves when I go outdoors?

? How the Agra, Bhilwara and Pathanamthitta Covid-19 containment models differ

? Can coronavirus damage your brain?