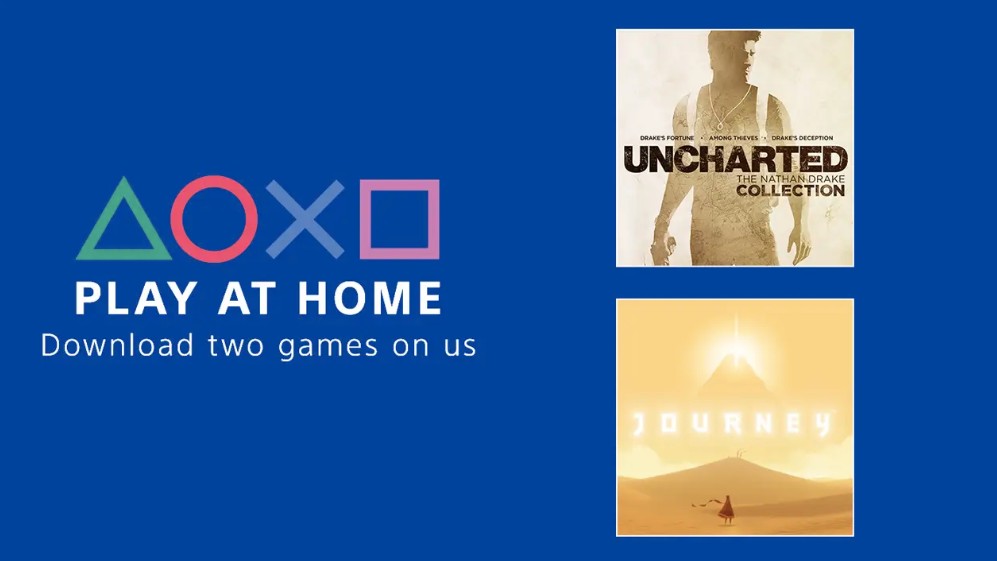 It’s part of Sony’s Play At Home initiative, which also includes setting up a $10 million fund for indie developers

MANILA, Philippines – Sony is giving away Uncharted: The Nathan Drake Collection and Journey for free on the PS4 from April 15 to May 5.

The freebies are part of Sony’s new Play At Home Initiative, the PlayStation brand’s contribution to the coronavirus crisis. Part of the program as well is a newly established relief fund for smaller independent game developers who may be having financial trouble during the time.

The games will be available through digital downloads, and are there for gamers to keep once downloaded. Based on how Ryan described the initiative, it is possible additional free games may still be provided in the future.

Uncharted: The Nathan Drake Collection is a three-game collection from the Uncharted series including Uncharted: Drake’s Fortune, Uncharted 2: Among Thieves, and Uncharted 3: Drake’s Deception. Journey is an indie adventure game originally released in 2012 on the PS3 before seeing a 2015 release on the PS4.

Ryan also warned that game downloads may be a little slower: “In alignment with SIE’s goal in preserving Internet access in the US and Europe, game downloads may take a little longer, but we appreciate the understanding from our community as we take these measures in an effort to preserve access for everyone.”

The funding for independent developers is worth $10 million, with details including who’s eligible coming soon.

“During these days of physical distancing, fans have turned to gaming for moments of respite and enjoyment. At Sony Interactive Entertainment, we are privileged to bring this much-needed entertainment. We know this is just one small step and we are thankful to be able to offer this support to our players, our communities, and our partners,” Ryan said. – Rappler.com