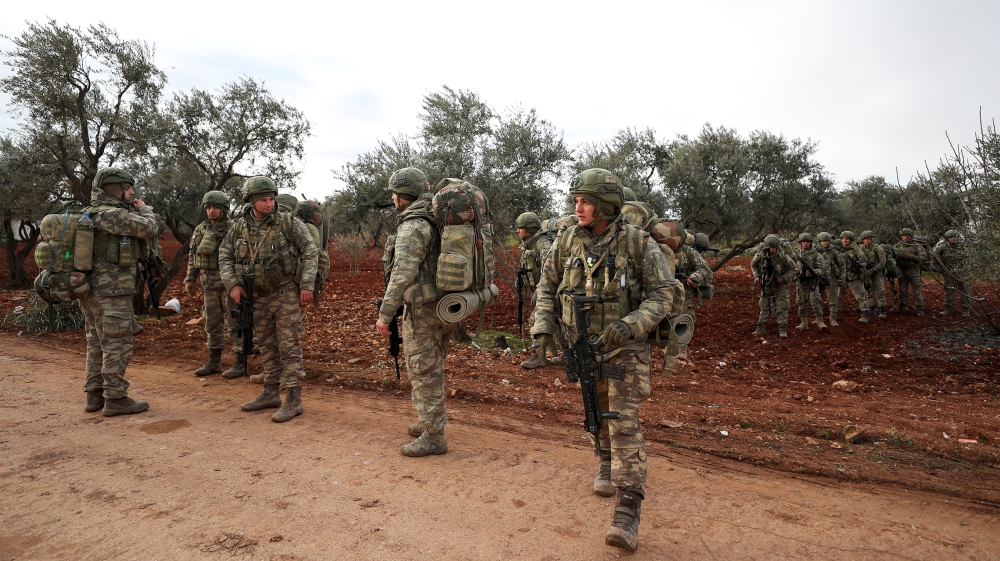 Turkey has extended mandatory military service for its male citizens by at least one month, in a move aimed at preventing the further spread of the coronavirus during the discharge period characterised by the mass movement of people. Following a meeting with military commanders, Defence Minister Hulusi Akar said in a statement late on Tuesday that the…

Turkey has extended mandatory military service for its male citizens by at least one month, in a move aimed at preventing the further spread of the coronavirus during the discharge period characterised by the mass movement of people.

Following a meeting with military commanders, Defence Minister Hulusi Akar said in a statement late on Tuesday that the year’s first conscription period, due to take place in April, had also been postponed.

With a few exceptions, all Turkish men have to complete six months of military service after they turn 18. The compulsory time was reduced from 12 months when a new law came into effect in June last year.

The men affected by the ministry’s decision had started their duty in November 2019 and were due to be discharged in April.

“Despite the measures we have taken, we see that mustering out and conscription [of the military personnel] constitute a risk for our soldiers, society and Turkish Armed Forces,” Akar said.

According to the defence ministry, some 55,000 citizens were foreseen to be conscripted in April, while 66,000 others were due to complete their service.

Considering that some relatives and friends would have accompanied both groups of people, as many as 500,000 individuals might have moved between provinces during the process, Akar said in his statement.

As of Wednesday, the number of confirmed coronavirus cases in Turkey was 69,392, including 1,518 deaths. A total of 5,674 people have recovered so far from COVID-19, the highly infectious respiratory disease caused by the new coronavirus.

The spread of the disease has accelerated in recent days, with more than 4,000 new cases and 100 deaths announced daily.

Meanwhile, the Turkish military has reported 223 coronavirus cases and one death to date.

Dr Esin Alavut, a specialist family practitioner based in Mersin, said that any measure that prevents travel and interaction between people is beneficial for the containment of the virus.

“It might be very hard to quarantine and monitor that many people at their brigades before their military service ends,” she told Al Jazeera.

“And self-quarantine might not be possible in many crowded homes they return to,” Alavut added.

The defence ministry’s announcement sparked debate on social media, with some of those currently serving and their families criticising the move.

“The decision will affect the psychology of thousands of soldiers. Ending of services and conscriptions should continue together with 14-day quarantines, regular checks of fever and other measures taken by the government,” a Twitter user said.

Others asked the government to use its own means to gradually transport soldiers back to their locales, without the involvement of families in the process.

“Our government is strong enough to deliver our soldiers to their home without the involvement of the families. Send them home. We will not allow them to go outside,” said a Twitter user named Sinem Merve Sezdi.

“I do not want to believe a state is able to shift its citizens back to their homeland from various parts of the world, but cannot transport 100,000 soldiers for conscription and end of duty,” Zafer Tansoy tweeted, referring to the government-facilitated return of Turkish citizens from abroad in the early days of the coronavirus pandemic.

Many others criticised the fact that defence ministry’s decision came hours after the government passed a bill to temporarily free some 45,000 inmates as a precaution measure to prevent the spread of the coronavirus in prisons.

The measure was passed on Tuesday by the parliamentary majority enjoyed by the ruling Justice and Development Party.

Turkey has gradually stepped up its measures against the pandemic after reporting its first case in mid-March.

Last week, the interior ministry imposed a two-day curfew in 31 provinces in Turkey, which is scheduled to be imposed again this weekend. The government has also ordered a general lockdown for those aged over 65 and has facilitated the free distribution of face masks.