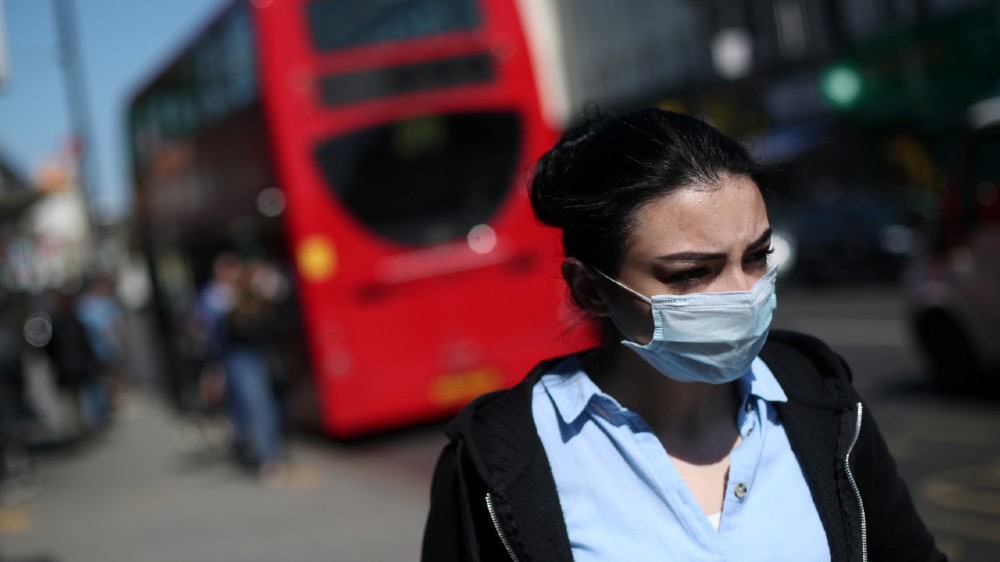 The United Kingdom's true death toll from coronavirus far exceeds estimates previously published by the government, according to broader official data that include deaths in the community such as in nursing homes. Even before the new figures, the official British death toll was the fifth-highest globally, and a senior scientific adviser to the government has…

The United Kingdom‘s true death toll from coronavirus far exceeds estimates previously published by the government, according to broader official data that include deaths in the community such as in nursing homes.

Even before the new figures, the official British death toll was the fifth-highest globally, and a senior scientific adviser to the government has said the country risks becoming the worst-hit in Europe.

On Tuesday, it was announced a further 778 people had died in the 24 hours to Monday evening in British hospitals after contracting coronavirus, making a total count of 12,107 people who had died of the virus in hospital since the outbreak began.

But figures released on Tuesday showed that number to be a vast under-counting of those who had died.

The Office for National Statistics (ONS) has included those who died in nursing homes in their tally, and said 5,979 people in England had died by April 3 with COVID-19, the respiratory disease caused by the virus, mentioned on their death certificates – 15 percent more than the numbers published by the health service at that time.

“I am not remotely surprised there would be an undercounting,” Bill Hanage, associate professor of epidemiology at Harvard’s TH Chan School of Public Health, told Reuters.

“The UK hospital death toll that you are seeing – the one on the news each night – is a composite of things that have been trickling in over a period of time. It is not an exact number and does not include the numbers dying in places such as nursing homes.”

The new numbers, which reflect both deaths caused primarily by COVID-19 and where it is mentioned as a factor, show how limited official data has been so far.

Public Health England Medical Director Yvonne Doyle said the government was working with the ONS to speed up the information.

“We just need to be absolutely clear that the cause of death that is attributed is correct and that is what takes time on the death certificate to get right,” she said, adding the government hoped to produce more rapid data, preferably on a daily basis.

Compared with the ONS figures, the daily hospital counts had understated the true death toll for England and Wales by 52 percent as of April 3, although this had narrowed from 70 percent a week earlier.

Still, it raises the likelihood that the latest official death toll for the UK is thousands short of the true number, when deaths outside hospitals are included.

“These new figures … clearly show the impact of COVID-19 for the first time,” said Martin Hibberd, professor of emerging infectious disease at the London School of Hygiene and Tropical Medicine.

London was hit particularly hard in the week to April 3, when the ONS said nearly half (46.6 percent) of deaths in the capital involved COVID-19.

Prime Minister Boris Johnson, who is now recuperating from COVID-19 at his official second residence, initially refrained from imposing the same stringent controls as other European leaders to counter the outbreak.

But as projections showed 250,000 Britons could die from the virus, Johnson moved to shutter the world’s fifth-largest economy and told people to stay at home.

The UK government has faced a barrage of criticism over its responses to the outbreak, including charges that it delayed its lockdown in a widely reported bid to build “herd immunity“, that it lacked widespread testing for the virus, that it failed to join a European Union-wide ventilator procurement programme, and that it failed to provide enough personal protective equipment (PPE) to front-line healthcare staff.

“This is the start of the pandemic, not the end, and people need to understand that.”

Hanage suggested a focus on testing, using new digital technologies to give targeted advice to the population, or even detecting the virus in sewage.

The UK’s economy, meanwhile, could shrink by 13 percent this year due to the coronavirus shutdown – its deepest recession in 300 years, while public borrowing is set to surge to a post-second world war high, the country’s budget forecasters said.

In the April-June period alone, economic output could plunge by 35 percent, with the unemployment rate more than doubling to 10 percent, the Office for Budget Responsibility said on Tuesday. A bounce-back may come later in the year if restrictions on public life to slow the spread of the coronavirus are lifted, it added.

Rishi Sunak, the chancellor of the exchequer, said he was “deeply troubled” by the prospect that two million people would lose their jobs due to the impact of the virus.

“This is going to be hard. Our economy is going to take a significant hit,” he said at a daily government news conference.

The OBR stressed it was not making an official forecast, given the lack of clarity about how long the government would require businesses to remain closed to the public. The OBR assumes a full shutdown for three months, followed by a gradual lifting over a further three-month period.

“The chancellor was saying that the country was in a very strong position before we entered this crisis, and the Office of Budget Responsibility is saying that the economy could bounce back quickly,” said Al Jazeera’s Charlie Angela.

Separately, the International Monetary Fund said it expected the UK’s economy to shrink 6.5 percent in 2020, similar to other economies, before growing by 4.0 percent in 2021.

“It’s clear we must defeat this virus as quickly as possible,” Sunak said, adding there was “not a choice between health and economics. That defies common sense”.

Government scientists have said the UK will do well if it manages to keep the coronavirus death toll below 20,000.