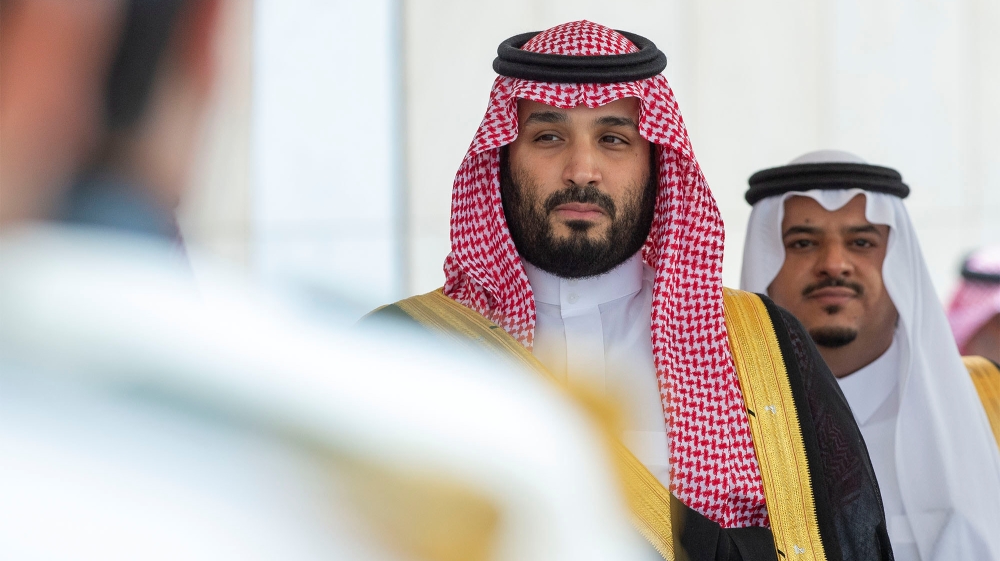 Qatar and Abu Dhabi emirate successfully sold a combined $17bn of bonds last week.
“It’s the logical next step (for Saudi to issue after Qatar and Abu Dhabi) … they may wait a bit for the oil market to react to the cuts as their name is more closely associated with oil,” said a debt banker.
A spokesman for the Saudi finance ministry did not immediately respond to a Reuters News Agency query on debt issuance plans.
Cuts pledged by Saudi Arabia, the world’s top oil exporter, under Sunday’s pact could wipe nearly $40bn from state revenues this year, according to one analyst who based that projection on an average oil price of $40 a barrel.
Global benchmark Brent crude is currently trading around $32 a barrel.
Saudi government coffers have already been strained by the oil price plunge and the impact of measures to stop the spread of the new coronavirus, including imposing curfews and closing most public venues across the kingdom.
To stabilise oil markets, the Organization of the Petroleum Exporting Countries (OPEC) and its allies led by Russia, a grouping known as OPEC+, agreed to cut output in May and June by 9.7 million barrels per day (bpd), or around 10 percent of global supply.
But the upside for crude prices could be limited even after those record cuts. “We believe that OPEC+’s proposed 9.7 million bpd reduction for May and June will not be sufficient to counter the sharp drop in global demand caused by the pandemic,” Monica Malik, chief economist at Abu Dhabi Commercial Bank, said in a research note. “We estimate that Saudi Arabia’s oil sector will contract by circa 6.1 percent in 2020.”
Goldman Sachs said it expected oil prices would continue to fall in coming weeks.
Belt-tightening
Saudi Arabia’s 2020 budget projected oil revenues of 513 billion riyals ($136.47bn). Riyadh does not disclose the oil price it bases its budget on, but some analysts estimated it at $55 per barrel.
Saudi bank Al Rajhi Capital said Saudi Arabia’s 2020 oil revenues would be 342 billion riyals given the newly agreed oil output levels and an assumed average crude price of $40.
That compares with an initial forecast of 487 billion riyals by Al Rajhi, which also cut its estimate of non-oil revenues from 346 billion riyals to 276 billion riyals after taxes were postponed and government fees waived to shield businesses from the effect of the coronavirus.
“While we expect revenues to decline, we don’t have an estimate on the expected budget deficit because we don’t know how much more the government will cut in spending,” Mazen Al Sudairi, head of research at Al Rajhi Capital, told Reuters.
“There is room to cut spending further and we expect the government to do so.”
Riyadh announced last month a nearly 5 percent cut in the 2020 government budget and said it would reassess expenditure according to developments in oil markets and the pandemic.
Sudairi said he expected money generated by the Public Investment Fund, Saudi Arabia’s sovereign wealth fund, and proceeds from last year’s $29bn initial public offering of Saudi oil giant Aramco, to be channelled into the local economy.
“It is essential to keep this money in the local economy to maintain banking system stability. The Aramco IPO proceeds have kept the deposit and money supply stable over the past few months,” he said.
Read More