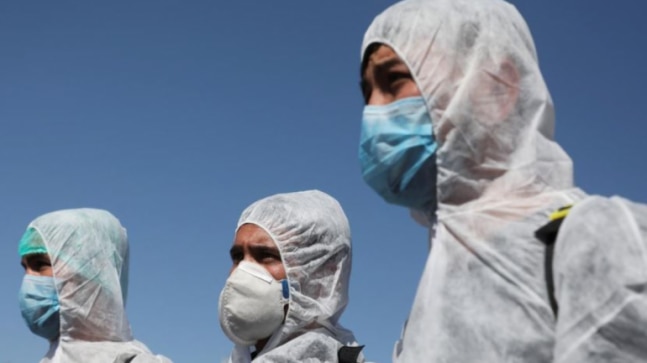 Call it irony or poetic justice the two nurses Prime Minister Boris Johnson extended heartfelt thanks to for saving his life are immigrants while Brexit, for which he stands, had anti-immigration as one of its core policies.Most of the health professionals who have laid their lives fighting Covid-19 at the frontline in the UK are…

Call it irony or poetic justice the two nurses Prime Minister Boris Johnson extended heartfelt thanks to for saving his life are immigrants while Brexit, for which he stands, had anti-immigration as one of its core policies.

Most of the health professionals who have laid their lives fighting Covid-19 at the frontline in the UK are from the Black, Asian and Minority Ethnic (BAME) group, including three Indians. It’s been reported that the first 10 doctors to die in the UK from Covid-19 were all BAME – with ancestry from regions including Asia, the Middle East and Africa.

People of BAME background constitute 44 per cent of the medical personnel in the NHS. In this context, Dr Chand Nagpaul, who heads the BMA, said the fact that the initial 10 deaths were all from the BAME was ‘extremely disturbing’.

The British Medical Association (BMA), as well as British Association of Physicians of Indian Origin (BAPIO) both, have urged the British government to investigate the matter.

Writing to the NHS bosses, BAPIO expressed its concern about the death of doctors and other healthcare workers (HCWs) from Covid-19, whilst in the line of duty especially about the disproportionate number of doctors from BAME backgrounds.

President of BAPIO Ramesh Mehta said, “At this moment of the national crisis, we have expressed our solid support to the government. However, inadequately equipped soldiers in front line worry us a lot. Death of health care workers is a real matter of concern to our members, many of whom have had the first-hand experience of the effects of Covid-19. We have offered our assistance to the CMO and Public Health England to research into causes of increased mortality amongst the BAME group so that preventive measures can be taken.”

Joining BMA and BAPIO in urging the government into action is also the Labour party which now has a new leader – Keir Starmer.

The lack of personal protective equipment has been quoted as thecase that led to these deaths. Prof Parag Singhal, BAPIO Secretary said, “It is regrettable that PPE has not been provided in time to save some of these frontline doctors from either the ravages of the illness or death. The government and employers have a duty to ensuring that we have a fit and healthy workforce, and that HCWs are not lulled into walking into a death trap from having poor or no equipment”.

Ramesh Mehta further told India Today that in the early stages very limited number of “PPEs were available” to the doctors and the impact of it is being faced now and will be faced in the future too.

Pictures of NHS nurses having to wear bin bags, clinical waste bags on their hands, feet for protection as emergency rooms filled with sick patients or while cleaning up were widely circulated.

Even now, despite the government’s promise, NHS staff are having to work without the essentials. Only recently, Kingston hospital in south-west London is reported to have run out of gowns. On top of that two cabinet ministers, Home Secretary Priti Patel, as well as Business Secretary Alok Sharma, fell short of apologising for the government’s failure over the lack of PPEs. Alok Sharma just managed to say, “Sorry for the loss of any life during this pandemic,” while Priti Patel said, “I’m sorry if people feel there have been failings.”

Health Secretary Matt Hancock, though recognising the number of BAME deaths, has ordered the government to “look into it”. He said that he was, “Particularly struck at the high proportion of people from minority ethnic backgrounds and people who have come to this country to work in the NHS who have died of coronavirus.” He also added, “We should recognise their enormous contribution.”

Another contributory factor to such incidents is recent research, though in early stages is that Asian and Black communities as a whole might be more susceptible to Covid-19. This spells caution in big way for the entire BAME communities.

The latest data (up to the beginning of April) from Intensive Care National Audit and Research Centre, ICNARC reveals that “of 2,000 critically ill patients, 35 per cent were non-white. Asian people made up the largest ethnic group in all the critical Covid-19 cases confirmed to ICNA up until April 3, with 272 of cases, while 268 were black.”

BAPIO said, “33% of the current ITU admissions are those of BAME which is above the national demographic of 14 per cent BAME population. A matter of concern to our members and our wider communities is whether race and ethnicity are linked directly or indirectly to the disproportionate morbidity and mortality.”

Explaining the reason for this, chair of London Assembly Health Committee, Dr Onkar Sahota told India Today, “The Asians and the Black communities have a greater incidence of diabetes, high blood pressure, kidney disease and also in the Asian households we have the inter-generational households that means grandparents, parents living all together that makes the spread between the elderly and the young people much easier.” In the same breath, Dr Sahota added that “this data needs to be interrogated further.”

Owning to such new emerging research and the risk that Covid-19 poses to the health professionals, BAPIO in its letter to the NHS has suggested health professionals should undergo, “comprehensive risk assessment”, undertaken by their employers in order “to provide a safe working environment”.

Watch | Lockdown 2.0: How to balance jaan and jahaan?