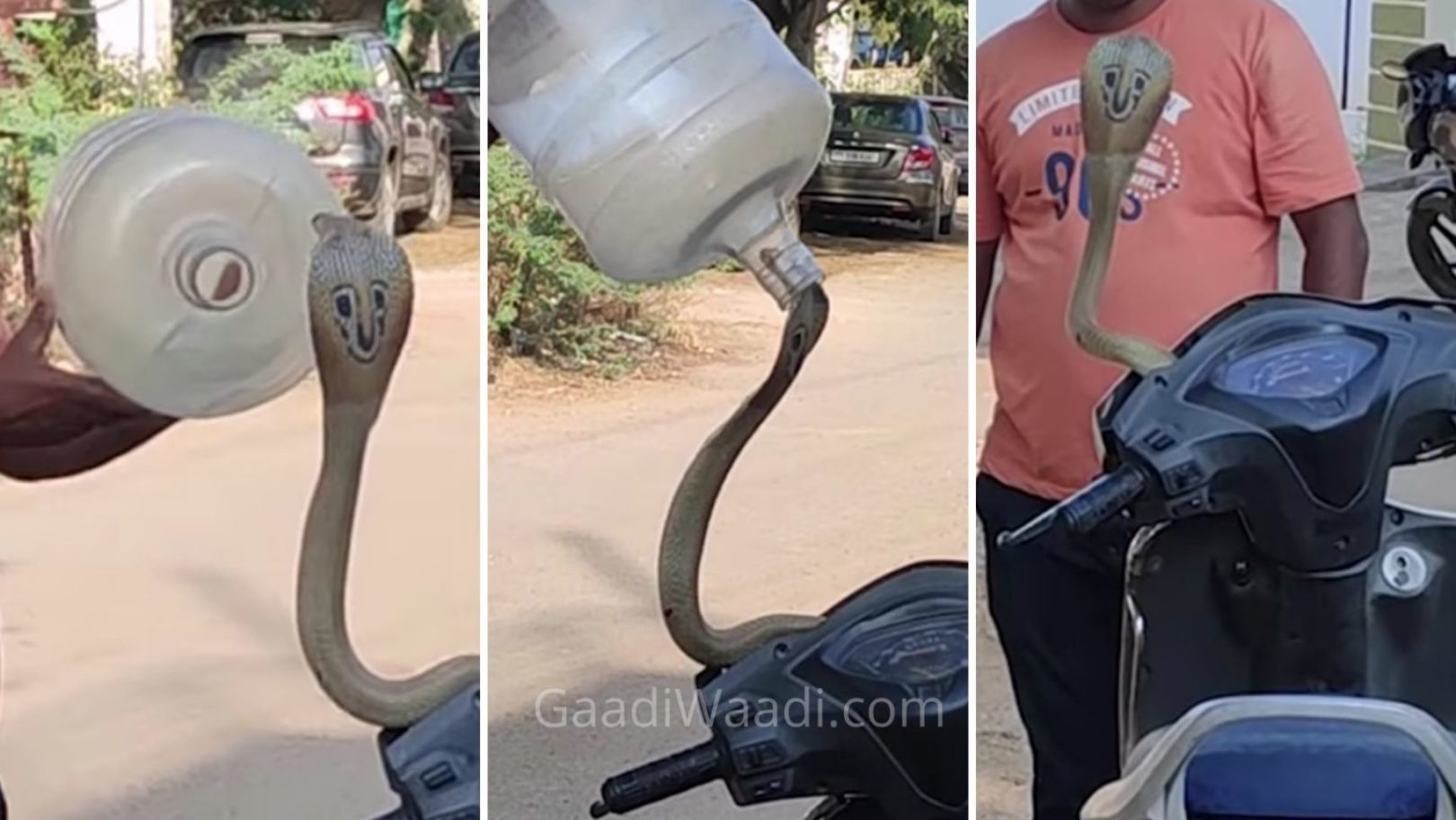 A video shows in detail how a reptile that was found nestled inside the headlamp cowl of a Honda Activa was retrieved from the parked vehicle and freed by some experts
A few days ago, we showed you how a cobra found its way into the headlamp cowl of an old generation Honda Activa that was parked unattended for some days in the lockdown situation that is prevalent across the country. From the looks of it, the snake decided to make a new home inside the scooter after finding it isolated from human life.
Luckily, the reptile was discovered before someone could fall into a risky situation while riding the vehicle. As seen in the video, the snake was seen emerging out of the mount for one of the rear view mirrors. On the discovery of the reptile, a crowd quickly emerged around the scooter and those experienced with handling snakes decided to find a way to retrieve the snake from its new home.
Of course, the snake was successfully separated from the scooter and set free in his native environment before anyone came into harm’s way. However, what we have today is the full version of the original video and it shows us the entire episode of how the reptile was removed from its shelter. A large plastic canister was brought and its mouth was placed atop the cavity for the rear view mirror mount. Finding a closed enclosure, the reptile entered the can and was captured by sealing its opening.
Next, it was taken to its natural climate, where the cap of the water bottle was removed. However, to make things tough, the plastic at the mouth of the bottle got stuck around the snake’s head and the reptile had to be separated from the plastic bottle with the piece plastic stuck around it. As leaving the snake as is could have endangered the life of the reptile, the snake charmers had to cautiously remove the plastic using their bare hands.

While it’s true that the snake charmers showed immense bravery to remove the plastic stuck around the snake’s head, it must be said that they were only lucky to not being bitten by the reptile. The case also shows that one should inspect his or her vehicle thoroughly before resuming its use after the lockdown is lifted.
It’s not uncommon for snakes to find a home in a vehicle as they get attracted by the warm comfines and the soy-based wire coatings, soy-based foam and soy-based carpets that vehicles have. This incident should serve as a reminder for everyone to be cautious before resuming driving or riding after the end of the lockdown period.