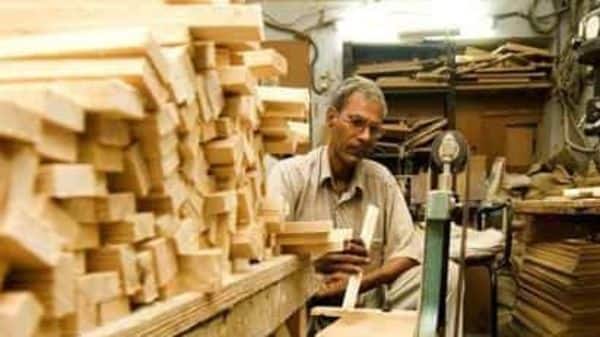 Experts say what is needed at the moment is a set of survival measures and the question of a stimulus will arise much later, Photo: HT 4 min read . Updated: 14 Apr 2020, 04:17 PM IST Gireesh Chandra Prasad, Shreya Nandi The government is nearly ready with a set of “interim” measures for sectors…

Experts say what is needed at the moment is a set of survival measures and the question of a stimulus will arise much later, Photo: HT

NEW DELHI: With the government extending the lockdown till 3 May and planning to open up certain sectors from Monday to ease hardships of daily wagers and farmers, the focus has now turned to an economic package that businesses have been pitching for to stay afloat.

While the demand is for a ₹9-10 trillion stimulus to support growth and employment, the government is nearly ready with a set of “interim” measures for sectors hit hard by the virus outbreak, according to a government official, who spoke on condition of anonymity.
The government is expected to announce measures for the survival of sectors, including micro, small and medium enterprises (MSMEs) as well as aviation, said the official. This follows a ₹1.7 trillion welfare package, amounting to 1% of GDP, announced to alleviate the pain from the crisis announced last month targeting the poor, women and migrant workers.
“The interim measures will also ensure that no payment or dues are pending from government’s side. This will ensure there is no cash crunch,” the official said, adding that the measures are likely to be announced this week and a possible larger economic stimulus once the lockdown is lifted.
Former chief statistician of India Pronab Sen said what is needed at the moment is a set of survival measures and the question of a stimulus will arise much later. “We have to think about two kinds of survival—one, of the people who have no money to buy food or medicines and the second, of enterprises. We need to keep both alive. We should speak in terms of a damage control package, more than in terms of a stimulus package,” said Sen.
“Most MSMEs have about 10 days to two weeks of resources for survival. The only way the government can reach out to these enterprises and ensure their survival is to work with the banks and the non-bank lenders to keep these companies solvent,” said Sen.
Businesses want greater bank credit to provide wages which could be interest and collateral free in the case of small firms, sovereign guarantee to credit given to companies that are not on sound financial footing, a six-month deferral of tax dues without penalty, suspension of the bankruptcy code for six months and liberal handouts to needy households that will support demand for goods and services.
The demand from experts and industry bodies is for a ₹9-10 trillion stimulus package worth 4-5% of GDP even if it means the central bank monetising government’s fiscal deficit, a proposal first mooted in a Mint editorial last month.
“It is expected that close to 40 million jobs are at risk during the April-September period of 2020. Hence an urgent relief package is also critical,” said Sangita Reddy, president of industry chamber Federation of Indian Chambers of Commerce and Industry (FICCI) in a statement after the PM’s address to the nation. Reddy said a graded opening of the economy will help start some production activity to ensure that as soon as lockdown opens, there are no shortages faced.
According to Associated Chambers of Commerce and Industry (Assocham), there should be further reduction in interest rates and suspension of Bankruptcy Code provisions for six months. “’There is a broad national consensus that the government can go in for a wider fiscal deficit, even though the unconventional tool of monetising it by direct bond buying by the RBI. Subsistence funds are required both for the industry and trade as also their employees,” said the industry body’s secretary general Deepak Sood.
Industry body Confederation of Indian Industry (CII) is pitching for measures tailormade to support micro, small and medium enterprises (MSMEs), considering they are the backbone of the manufacturing and export sectors.
“With limited resources, MSMEs do not have the capacity to withstand massive shocks like COVID 19. In addition, many MSMEs are an important part of larger supply chains. The health of these MSMEs have a bearing on the entire supply chain, including the large corporates,” a statement from CII said quoting its director general Chandrajit Banerjee. It said special, immediate and substantive support measures are required to see the MSMEs through the current crisis.
Pronab Sen explained that if MSMEs do not survive the lockdown period, any fiscal stimulus to be offered after the lockdown is lifted may not be effective.
According to Rathin Roy, economist and former member of the Economic Advisory Council to the Prime Minister, availability of finance should not be an immediate constraint in this war-like situation. “It is important to ensure that states are funded well. The RBI should open a ₹1 trillion zero interest ways and means window for the states for 11 months with provision for rollover. The other way of raising resources is through a Covid specific bond. As a last resort, increasing money supply and use the incremental money supply to fund the government’s fiscal deficit could be considered,” said Roy.