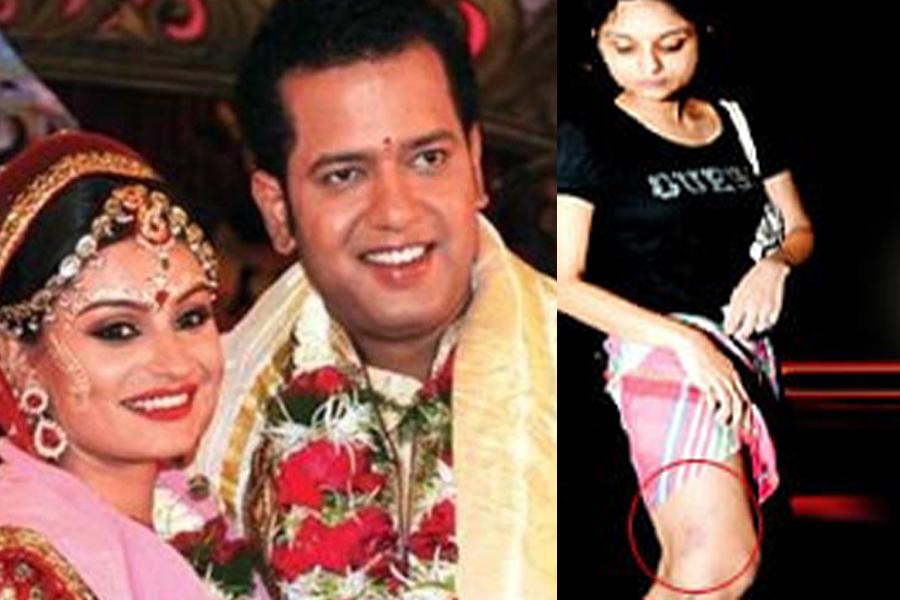 Anita H Reddy gets cold Band, Baja and an extravaganza of pomp and celebration which was witnessed by the audience from telly world celebrities and viewers across their TV sets as Baraatis, Dimpy Ganguly and Rahul Mahajan got married on the second edition of a reality show which helped people meet their life partner! 'Rahul…

Band, Baja and an extravaganza of pomp and celebration which was witnessed by the audience from telly world celebrities and viewers across their TV sets as Baraatis, Dimpy Ganguly and Rahul Mahajan got married on the second edition of a reality show which helped people meet their life partner!

‘Rahul Dulhaniya Le Jayega’ which had Rahul Mahajan the well-known face of small screen and son of famous BJP politician late Pramod Mahajan taking up the titular role in the search for his Dulhaniya. The show witnessed girls competing to charm their way to get married to Rahul. In the end, it was Dimpy Ganguly who emerged victorious in making her way to Rahul’s life as her wife.

From Dulhaniya to Divorce:

Although debated to be scripted and staged throughout, the story of Dimpy and Rahul seemed to be one like that of a fairy-tale. But, cracks in this otherwise perfect story started to appear soon enough and within months reports of friction between the couple started making the round. Things soon took a turn for worse when Dimpy finally left Rahul’s house with bruise marks all over the body, vowing never to return.

Dimpy was Punched, Kicked and Dragged

Explaining the torture she has to go through, Dimpy told Mumbai mirror how she was physically abused. A report by Mumbai Mirror read, ‘Rahul beat her up early on Thursday morning after waking her up to know the contents of a message that had just beeped on her phone. Since the phone had the key-pad lock on, Rahul was unable to operate it.’

When she asked him to let her sleep, he fumed with rage and began hitting her. She told that he punched, kicked and dragged her by her hair. As the situation was getting out of control, Dimpy ran away with her phone and hid under the staircase. She called her friends and her father at 3 AM in the morning as soon as her father reached, she packed and left.

Dimpy also quoted that during another fight, she was taken to gunpoint. “He is a nice guy, but when he loses it, there is no telling what he might do.” Ex Mrs Mahajan quoted.

Interestingly enough, while Mr Mahajan continued to refuse any such incident on his part and ensuring everything to be normal. As per reports, his divorce from his first wife Shweta Singh, in 2008, also happened because of the domestic violence. And in the same way, a love that was witnessed by every household in India, a story that inspired many lovers, came to an end.

After her toxic relationship with Rahul Mahajan came to an end, she got married to Dubai-based businessman, Rohit Roy. They are parents of a sweet little girl named Reanna.