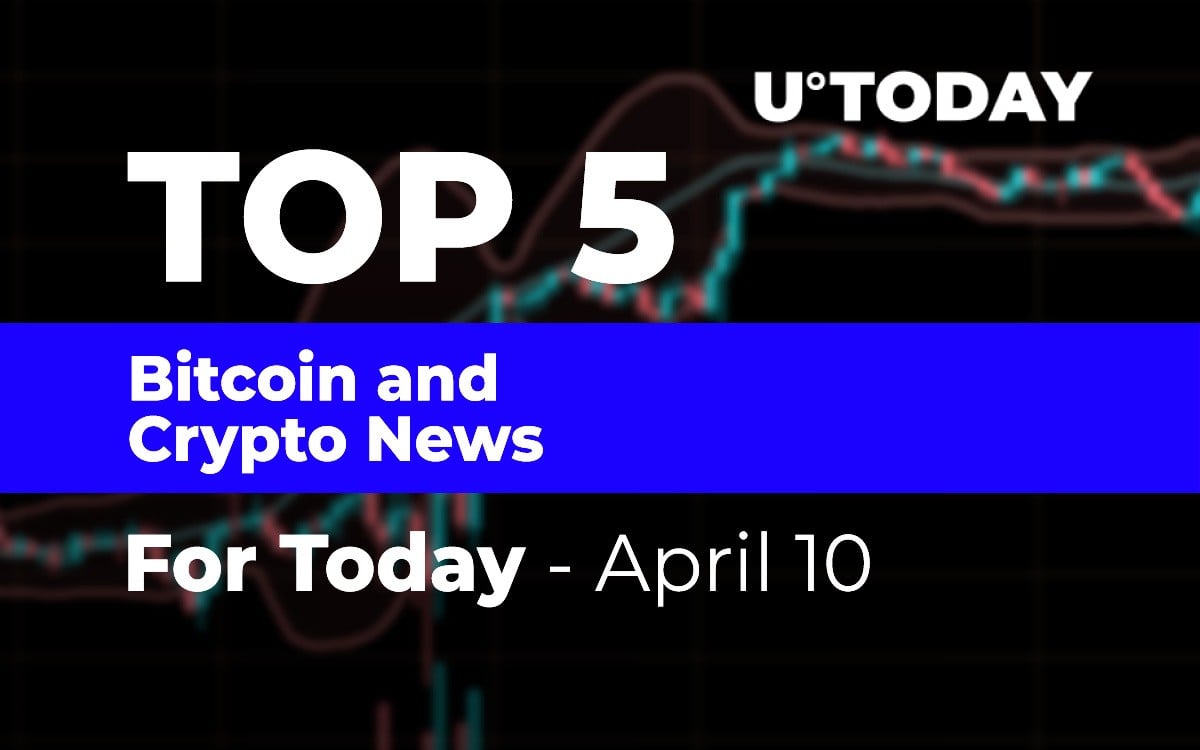 Geoffrey SchwartzPredictions for the top 3 cryptocurrencies, massive XRP price surge, BSV’s botched halving, Trump’s support for airline bailout, and Bitfinex’s new lawsuit. The end of the workweek has come, and with it, the beginning of Easter weekend. The Dow Jones Industrial Average (DJIA) and the S&P 500 were in the green, while the NASDAQ…

The end of the workweek has come, and with it, the beginning of Easter weekend. The Dow Jones Industrial Average (DJIA) and the S&P 500 were in the green, while the NASDAQ Composite remained unchanged. Economists say the United States is in a short recession, but consumers are expected to continue spending. With the coronavirus still in the headlines, Los Angeles County says that the stay-at-home and business-closure orders will be extended to May 15.

As for news within the cryptocurrency sphere, some of U.Today’s major headlines include price predictions for Bitcoin (BTC), Ethereum (ETH), and XRP,  liquidity indexes for XRP skyrocket, Bitcoin SV (BSV) miners flocking to BTC after botched halving, and a new class-action lawsuit against Bitfinex.

The current decline for Bitcoin (BTC) has been accompanied by low volumes. Looking at the daily time frame, the key range that customers need is between the $6,462 and the $6,800 zone. After reaction from buyers, it will be possible to talk about future movements for the largest cryptocurrency.

U.Today’s most recent price prediction for Ethereum (ETH) is justified as the chief altcoin dropped below the expected $160 mark. Even though the rate for ETH has dropped more than 7%, it is not the bottom of the ongoing decline. The Relative Strength Index (RSI) has not moved closer to oversold zone, and the bottom of the rising channel has not been tested yet. The nearest support zone is $147.
ETH/USD Chart by TradingViewXRP has lost much less as compared to ETH – 5.68%. As for a price forecast, XRP is more bearish than BTC and ETH. At its current levels, there is no liquidity and the trading volume continues to drop. One possible scenario is finding support at $0.18, where the price could remain relatively unchanged for a moment.
XRP/USD Chart by TradingViewXRP Liquidity Indexes Show Massive Surge as XRP Price Targets $0.23

The XRP Liquidity Indexes in Australia (XRP/AUD, BTC Markets), the Philippines (XRP/PHP, Coins.ph), and Mexico (XRP/MXN, Bisto) have a skyrocketed, hitting a new all-time high (ATH) after reaching new highs earlier today. Below are the new ATHs for the three corridors:

With XRP trading between $0.18 and $0.19, some in the community are expecting the coin to break the $0.20 barrier and continue its upward swing. Twitter user @RobertArtRobArt says that XRP needs to break the $0.24 mark for this begin.

Otherwise, @RobertArtRobArt says that he expects XRP to drop below $0.10.

According to data provided by Coin Dance, the hash rates for both Bitcoin Cash (BCH) and Bitcoin SV (BSV) dropped below 1 EH per second. This comes on the heels of two underwhelming reward halvings that resulted in a mass exodus of miners to Bitcoin (BTC).
Bitcoin Hash Rates from Coin DanceAs of now, BTC is responsible for almost 99% of the total computing power, which it shares with the other two aforementioned coins. With the BTC halving ready to occur on May 13, this cryptocurrency is now more profitable to mine as compared to BCH and BSV.

However, this will put smaller miners in a tight spot as they will be forced out of the network due to low prices.

Trump Voices Support for $50 Billion Airline Bailout: ‘It Is What It Is’

U.S. President Donald Trump recently expressed his support for a $50 billion bailout for the airlines. While the President says that the bailout “is not good”, he thinks that the it is necessary to save an industry that’s been hammered by the coronavirus pandemic.

With a significant drop in passenger traffic, the ‘Big Four” domestic airlines (American Airlines, Delta Air Lines, Southwest Airlines, and United Airlines) are asking for a deal worth about $50 billion to help deal with the fallout from the coronavirus pandemic.

However, many are calling for the major airlines to fail as they spent a majority of their profits on stock buybacks. Venture capitalist Chamath Palihapitiya, recently made headlines on CNBC by urging the Federal Reserve to bail out ordinary Americans that are struggling to make ends meat and let the billionaires get “wiped out”.

Stuart Hoegner, General Counsel of Bitfinex and Editor of the bestselling book The Law of Bitcoin, shared updates on the class-action lawsuit brought against Bitfinex. Attorneys that recently filed the lawsuit against Bitfinex and Tether have asked the court for more time to ‘amend’ their documents but have decided to spend it another way.

Instead of amending the claims against Bitfinex, Roche Freedman has filed new lawsuits against other crypto trading ecosystems, including Binance, BitMEX, Block.one, TRON Foundation, and Status. According to the claims, the blockchain teams issued unregistered securities in the form of ICO tokens and had the exchanges sell them.