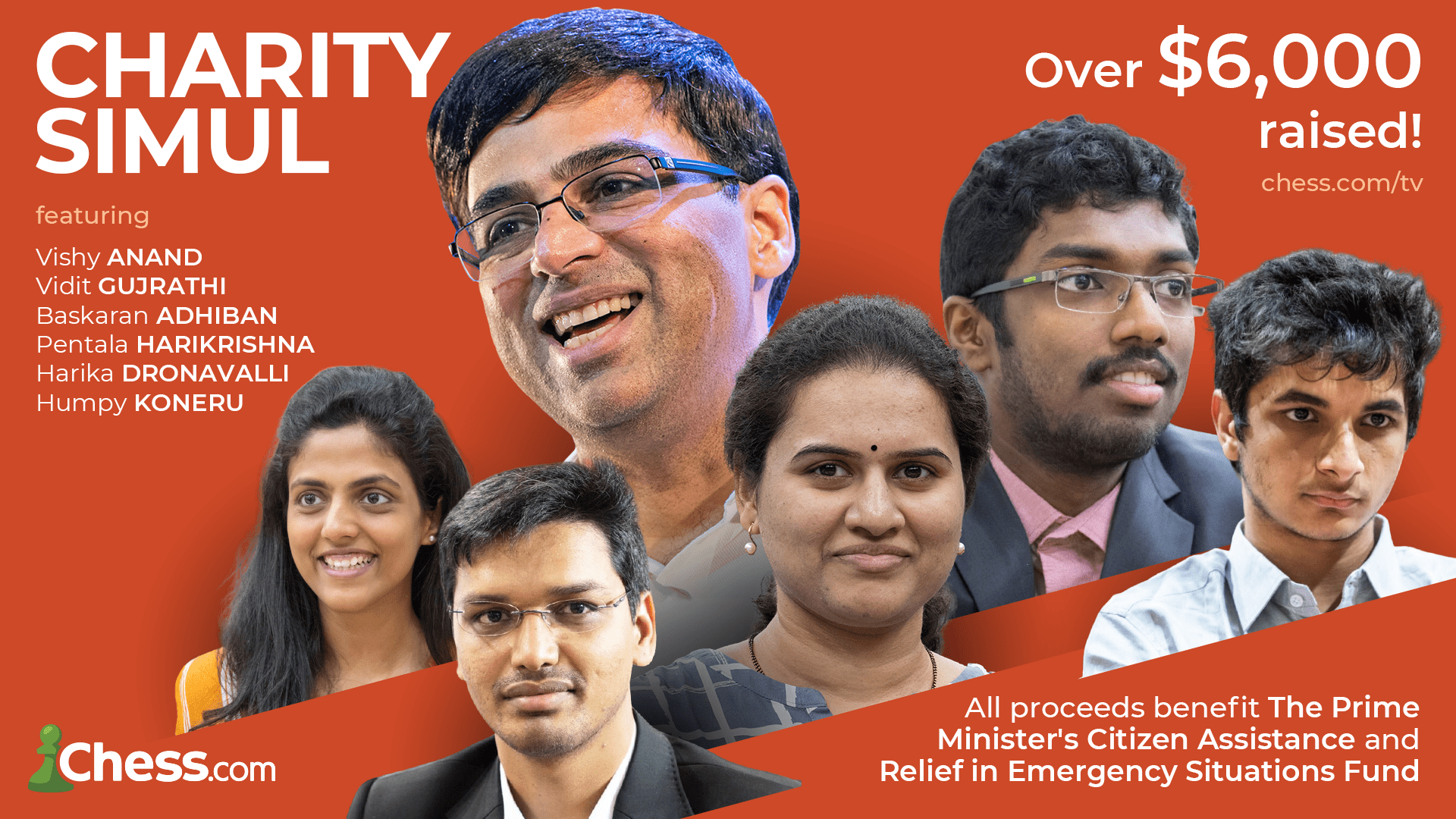 A bit more than $6,000 was raised for India's Prime Minister's Citizen Assistance and Relief in Emergency Situations Fund to fight COVID-19 in a Chess.com on Saturday with GM Viswanathan Anand and other top Indian grandmasters. The simul took place on Saturday, April 11 on the Chess.com live server and was broadcast live on Twitch. Six GMs…

A bit more than $6,000 was raised for India’s Prime Minister’s Citizen Assistance and Relief in Emergency Situations Fund to fight COVID-19 in a Chess.com on Saturday with GM Viswanathan Anand and other top Indian grandmasters.

Here’s the full show for replay:

To participate in the simul, players had to have a Chess.com blitz or FIDE standard rating of under 2000 and were required to make a donation of $150 during the registration process in order to play the former world champion.

With over one hundred games running concurrently across all simuls, a time control of 45 minutes with a 45-second increment was used across all games.

Asked about his “chess diet” GM @adhibanchess revealed that both he and @suryachess64 were doing more #PuzzleRush than opening prep when they both got a gold medal at the 2019 World Teams! 🧩👍https://t.co/LvjI6oKLsXhttps://t.co/IOXLFCyCeC pic.twitter.com/PqV5Qp8jmD

More importantly, $6028.89 by Twitch donations and some more via other platforms was raised for the PM-Cares fund in India.

“I’m obviously very grateful to all the participants who took part today and I hope they enjoyed it,” said Anand, the instigator behind the event. “Of course, we are raising money but this was also meant to be a fun day where they get a chance to play a strong grandmaster. I hope they enjoyed it.”

All of Anand’s games from the simul