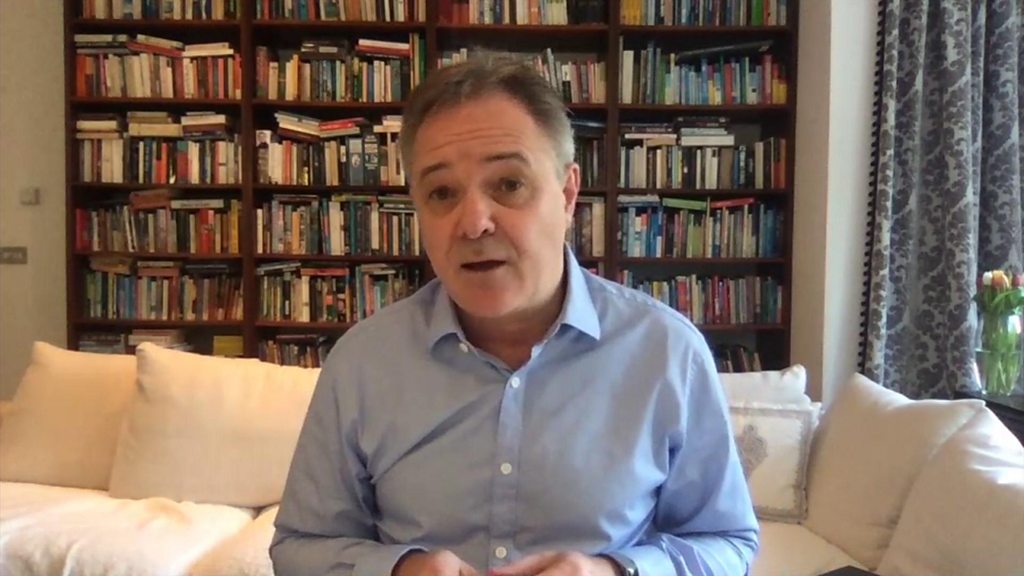 The UK is likely to be among the European countries worst affected by coronavirus, one of the government’s senior scientific advisers has said.

The warning from Sir Jeremy Farrar comes as UK hospital deaths are set to pass 10,000 on Sunday.

Meanwhile, Prime Minister Boris Johnson has been discharged from hospital after being treated for coronavirus.

On the advice of his medical team, Mr Johnson will not immediately return to work and will continue his recovery at his country residence, Chequers, a No 10 spokesman said.

He had three nights in intensive care before returning to a general ward on Thursday.

The total number of coronavirus hospital deaths in the UK currently stands at 9,875, following a rise of 917 recorded on Saturday.

The figure does not include deaths outside of hospitals, such as in care homes or in the community.

On Sunday, a further 657 deaths were announced in England, 24 in Scotland, 18 in Wales and 11 in Northern Ireland.

The latest UK-wide figures have not yet been confirmed by the Department of Health.

Ministers are continuing to urge people to stay at home over the Easter weekend to curb the spread of the virus, despite warm and sunny weather across parts of the UK.

Wellcome Trust director Sir Jeremy Farrar told the BBC’s Andrew Marr Show the UK was likely to be “one of the worst, if not the worst affected country in Europe”.

Currently Italy has the highest number of deaths of any European country – with more than 19,000 deaths – followed by Spain, France and the UK, according to data compiled by Johns Hopkins University.

Sir Jeremy, a member of the government’s Scientific Advisory Group for Emergencies (Sage), told the BBC’s Andrew Marr Show the “remarkable” scale of testing in Germany had been key to keeping the number of hospital admissions for coronavirus lower than in the UK.

Sir Jeremy said testing allowed countries to isolate people with Covid-19, preventing them from transmitting the virus to others, as well as buying time for hospitals to prepare.

“Undoubtedly there are lessons to learn from that,” he added.

The UK government has said it wants to do 100,000 coronavirus tests a day by the end of April but has faced criticism for not increasing the number more quickly.

Sir Jeremy said a second or third wave of the virus “was probably inevitable” and treatment and a vaccine was “our only true exit strategy”.

He said a vaccine could be available by autumn but it would take longer to ramp up manufacturing to the scale required to vaccinate many millions of people.

“I would hope we would get [that] done in 12 months but that is in itself an unprecedented ambition,” he said.

Asked whether he agreed with Sir Jeremy’s analysis of the UK’s death rate, Business Secretary Alok Sharma said: “Different countries are at different stages of this cycle.”

“What we have done with the advice that we have now set out to people, to stay at home, is precisely because we want to make sure that we have a flattening of the curve, that infection rates aren’t going up, and ultimately people’s lives are being saved,” he told the programme.

“We are starting to see these measures work,” he added, but said it was too early for them to be lifted yet.

Prof Keith Neal, emeritus professor in the epidemiology of infectious diseases at the University of Nottingham, said it was likely the UK would have one of the largest numbers of coronavirus deaths because it had the second largest population in western Europe after Germany.

“The important figure is the death rate per million and not the total number of deaths. On this count Belgium seems to be heading for a serious problem like Italy and Spain,” he said.

There have been so many grim milestones in this coronavirus outbreak but passing a death toll of 10,000 may prove one of the most shocking.

There are positive signs that the rate of infection is slowing, driven down by social distancing.

But the numbers dying every day may increase still further because some people who caught the virus three or four weeks ago may not survive intensive care now.

The scientists advising the government have long warned of this lag between measures to keep the public at home and a reduction in the daily death toll.

The expectation is that on current trends there will be a peak, perhaps in a week or two, though no-one can predict how long it’ll take after that for the losses to fall to low levels.

It all depends on the public’s response and so far officials say it’s been overwhelmingly supportive.

On Saturday evening Mr Johnson paid tribute to the medics treating him, saying: “I can’t thank them enough. I owe them my life.”

A message posted from the prime minister’s Twitter account also wished the country a happy Easter, as worshippers marked the festival from home.

“This year across the country churches will remain closed and families will spend the day apart,” the message said.

“But by staying home, remember, you are protecting the NHS and saving lives”.

‘A kind and compassionate hero’

Abdul Mabud Chowdhury, 53, was a married father-of-two and a consultant urologist. He died with coronavirus on Wednesday.