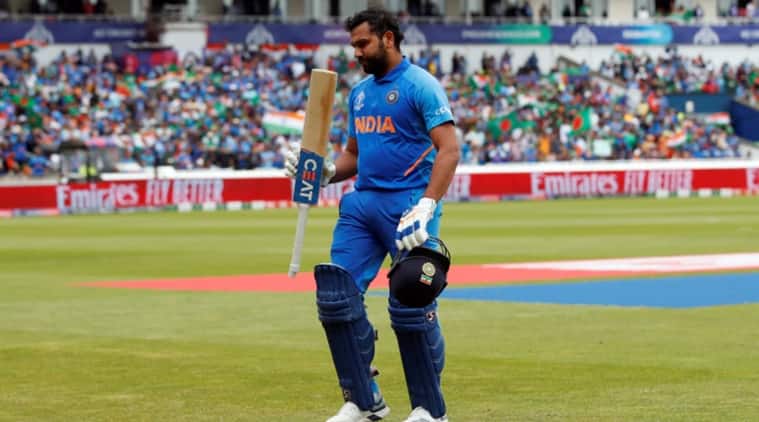 By: Sports Desk | Updated: April 11, 2020 9:38:29 pm Rohit Sharma scored 648 runs in the World Cup last year. (Source: Reuters)VVS Laxman expressed his astonishment on Rohit Sharma not being named as the five Wisden Cricketers of the Years on Saturday after the 2020 Almanack was released earlier this week. While the 2020…

VVS Laxman expressed his astonishment on Rohit Sharma not being named as the five Wisden Cricketers of the Years on Saturday after the 2020 Almanack was released earlier this week.

Replacing Virat Kohli, Stokes became the first Englishman to receive the prestigious honour since Andrew Flintoff in 2005. His performance in the World Cup final which helped England win the quadrennial event for the first time in history, and his match-winning unbeaten 135 in the third Ashes Test at Headingley were the standout moments in 2019.

The former India Test specialist, Laxman, pointed out that Rohit Sharma’s performance as the leading run-scorer in the World Cup last year deserved its fair share of recognition.

“I think anyone who follows the game of cricket will be surprised and shocked not to see Rohit Sharma’s name in those five players list,” he said on Cricket Connected.

“Because yes, The Ashes is an important series, but the World Cup is bigger than Ashes. And someone who has scored five hundreds… remember the first hundred was on a tough wicket in Southampton against South Africa and none of the other batsmen got runs.”

Rohit Sharma scored 648 runs in nine World Cup matches at an average of 81.00 with five hundreds and a half-century last summer. His tournament ended with a defeat at the hands of New Zealand in a semi-final encounter.

The 2020 Wisden Almanack includes an 80-page special section on last year’s 50-over World Cup and the famous yellow cover sports a picture of Jos Buttler removing the bails in the last ball of the super over to give England their first World Cup victory.