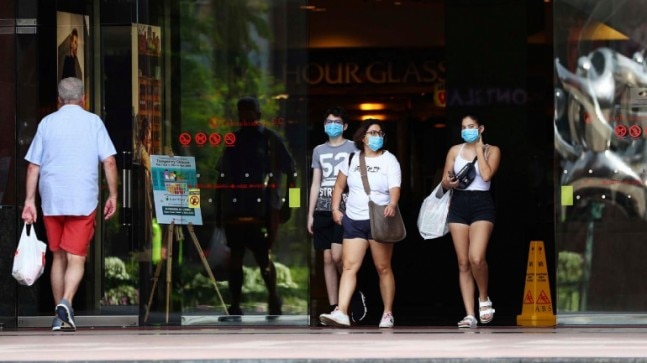 With all major countries under a lockdown of some form or the other, doctors recommend some kind of daily exercise.Indoor workouts are fine but researchers caution that outdoor walks, jogging and cycling may be risky, considering the nature of the virus, more so if prescribed distancing is not maintained.THE STUDYAccording to researchers of KU Leuven…

With all major countries under a lockdown of some form or the other, doctors recommend some kind of daily exercise.

Indoor workouts are fine but researchers caution that outdoor walks, jogging and cycling may be risky, considering the nature of the virus, more so if prescribed distancing is not maintained.

According to researchers of KU Leuven of Belgium and Eindhoven University of Technology in the Netherlands, anyone who coughs, sneezes or even breathes while walking or running will create a cloud of infection in their slipstream.

The slipstream is defined as the zone that arises right behind people when they are walking or cycling.

Air or droplets shed by one person can then infect those following the same slipstream, the research noted.

The usual requirement of 1.5-meter safe distance may not be applicable for people who are not stationary.

In a white paper published by researchers from the two universities, it is mentioned that “If someone exhales, coughs or sneezes while walking, running or cycling, most of the micro droplets are entrained in the wake or slipstream behind the runner or cyclist.

“The other person who runs or cycles just behind this leading person in the slipstream then moves through that cloud of droplets.”

The research was primarily carried out by engineers and aerodynamicists, who usually carry out such studies to improve the performance of elite athletes, which include runners and cyclists.

But here, they try to ascertain the safe distance when it comes to outdoor activities.

The researchers simulated the release of saliva particles from people walking or running in different formations, side by side or one behind the other.

They displayed the cloud of droplets released by the participants in a graphical manner.

“People who sneeze or cough spread the droplets with greater thrust, but also those who only exhale emit droplets,” the study noted.

The red dots on the images represent the largest particles. These are generally considered to be the most contagious.

“…when someone walks through that droplet cloud, they can still end up on that person’s body,” the study explains.

The simulations show that it is safer when you do not follow the slipstream of another person ahead of you and it is safer if you take a parallel stream. The risk of contamination is greatest when people walk or run closely behind each other and therefore in each other’s slipstream.

The research advises people indulging in outdoor exercise to keep a safe distance as below:

(The writer is a Singapore-based Open Source Intelligence analyst)