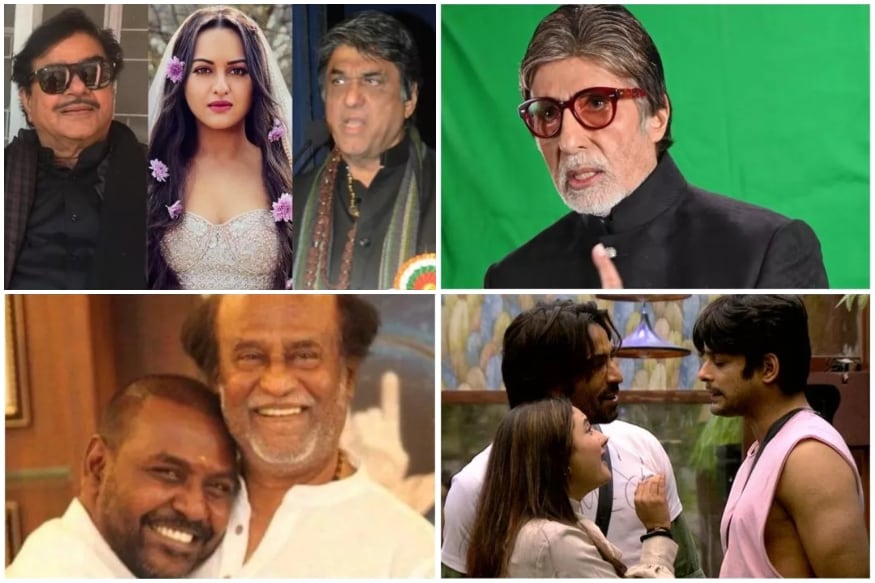 Amitabh Bachchan has said he was worried he is going blind, Shatrughan Sinha asks what qualifies Mukesh Khanna as an expert on Ramayan. Find out more in today's entertainment recap. News18.com Last Updated: April 10, 2020, 8:14 PM IST Share this: Amitabh Bachchan has expressed concern over the condition of his vision. The veteran actor…

Amitabh Bachchan has said he was worried he is going blind, Shatrughan Sinha asks what qualifies Mukesh Khanna as an expert on Ramayan. Find out more in today’s entertainment recap.

Amitabh Bachchan has expressed concern over the condition of his vision. The veteran actor is afraid that he might just turn blind. “The eyes they see blurred images .. the vision reads double and for some days now I reconciled myself to the fact that blindness is on its way, to add to the million other medical problems that invest in me,” expressing his concern, Bachchan wrote on his blog.

Read: Amitabh Bachchan Reveals He Almost Believed His ‘Blindness Is On Its Way’

Mukesh Khanna, who played the role of Bhishma Pitamah in Mahabharat, recently took a dig at actress Sonakshi Sinha for not knowing for whom the Hanuman got the Sanjeevani booti. Reacting to the same, Sonakshi’s actor turned politician father Shatrughan Sinha has slammed Khanna for taking a jibe at the actress.

Raghava Lawrence confirmed Chandramukhi 2 with Rajinikanth on social media on Thursday. He added that he will be acting in the sequel of the 2005 horror-comedy alongside Rajinikanth while further revealing that he will also be donating Rs 3 crore towards coronavirus relief work.

Rashami Desai has said that she congratulated her Bigg Boss 13 co-contestant Sidharth Shukla on the release of Bhula Dunga, a music video, where the latter featured with Shehnaz Gill. “We are cool with each other now. In fact, I wished him and Shehnaaz both after seeing their song Bhula Dunga,” she said.

Actor Shyam Sundar Kalani, who played the role of Sugriva and his brother Bali in the Ramanand Sagar’s Ramayan has passed away. He cause and date of his demise is not yet known.

Read: Shyam Sundar Kalani, Who Played Sugriva and Bali in Ramayan, Passes Away