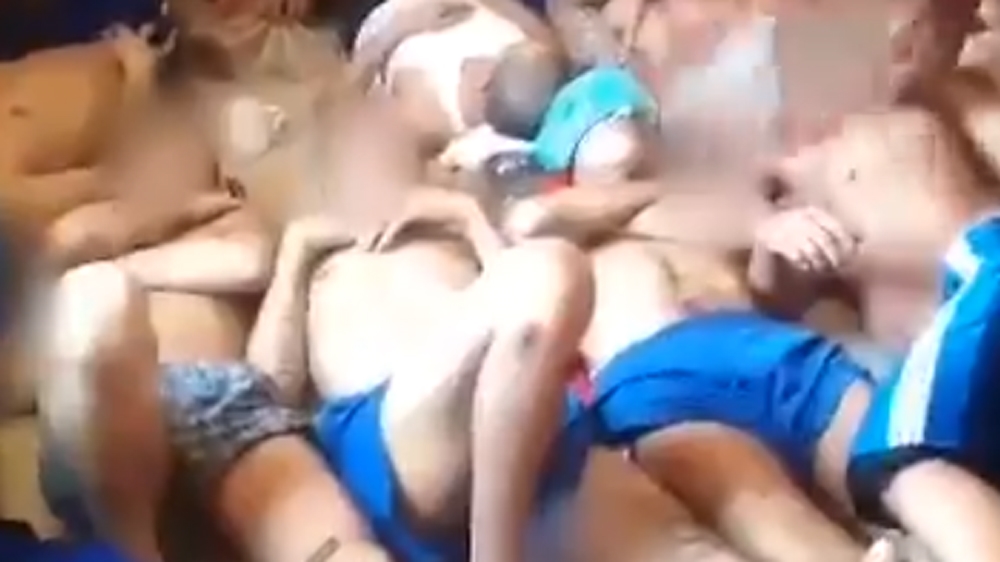 Amnesty International has shared a new video it received that claims to show extreme overcrowding and "inhumane conditions" in a Cambodian prison amid the coronavirus pandemic. The video, released on Friday, shows at least 25 prisoners crammed into a small cell and lying on the floor. There is hardly any space for them to move,…

Amnesty International has shared a new video it received that claims to show extreme overcrowding and “inhumane conditions” in a Cambodian prison amid the coronavirus pandemic.

The video, released on Friday, shows at least 25 prisoners crammed into a small cell and lying on the floor.

There is hardly any space for them to move, prompting Amnesty to label it “first-hand evidence of the inhumane conditions” in Cambodian prisons.

An Interior Ministry’s department of prisons spokesperson, Nouth Savna, told Al Jazeera he had not seen the video but acknowledged that severe overcrowding occurs in prisons.

“Yes, it does happen. I’m not going to deny it,” he said when shared with the conditions visible in the video, adding that it was a “temporary problem” as Cambodia has been working to address the issue by building new facilities.

He added that issues were a lot more systemic and, for example, caused by a slow judiciary.

Cambodian prisons had a capacity of about 15,000 inmates three years ago. Savna estimated it has increased to 27,000 now. But Cambodia currently hosts 38,000 prisoners, he added.

We’ve received shocking footage from Cambodia, revealing the inhumane conditions inside one of its prisons. Such extreme overcrowding is a ticking time bomb for a #COVID19 outbreak. Cambodian authorities must immediately address this overcrowding crisis. pic.twitter.com/DWv8qf8uyD

Phil Robertson, Deputy Asia director of Human Rights Watch (HRW), said the video was “just the tip of the iceberg of egregious, totally out of control prison crowding in Cambodia”.

David Griffiths, director in the office of the secretary-general at Amnesty International, said in a press release: “These deplorable conditions make a mockery of ‘physical distancing’ and show the Cambodian authorities’ utter neglect for these inmates’ basic rights, even during a pandemic.”

“These conditions were never acceptable. Today they are completely unconscionable. The authorities must urgently ease this overcrowding crisis while giving all detainees access to appropriate healthcare without discrimination,” said Griffiths.

Savna added that officials have taken a number of measures to stem the flow of COVID-19 in prisons, including suspending visits, having automatic spray sanitiser at the entrance, increasing soaps and detergents, and cleaning the facilities with chloride more regularly.

He added that new prisoners were quarantined in separate rooms for 14 days where they were kept in individual beds at three to five metres (9.8-16 feet) distance.

“At the moment, there hasn’t been any reported case,” he said. “But every day is like a ticking time bomb. We never know.

“We don’t have the luxury for testing everyone,” he said. “It costs a lot of money, and that money needs to be saved or kept for emergency.”

Director of a Cambodian human rights organisation Licadho Naly Pilorge said the government should prioritise bail and trial hearings of people charged with non-violent offences, to slow down the spread of the coronavirus, especially pregnant women or women imprisoned with infants and young children, as well as juvenile detainees, elderly, and detainees with mental or physical disabilities.

“One of the risks of overcrowding in prisons is that diseases such as tuberculosis and other respiratory illnesses can spread very quickly among both detainees and prison staff,” she told Al Jazeera. “You cannot practice social distancing in overcrowded cells with thousands of prisoners who lack adequate access to soap and water.”

The United Nations human rights special rapporteur has similarly urged Cambodia to use pre-trial detention only when absolutely necessary, and warned of severe overcrowding in prisons.