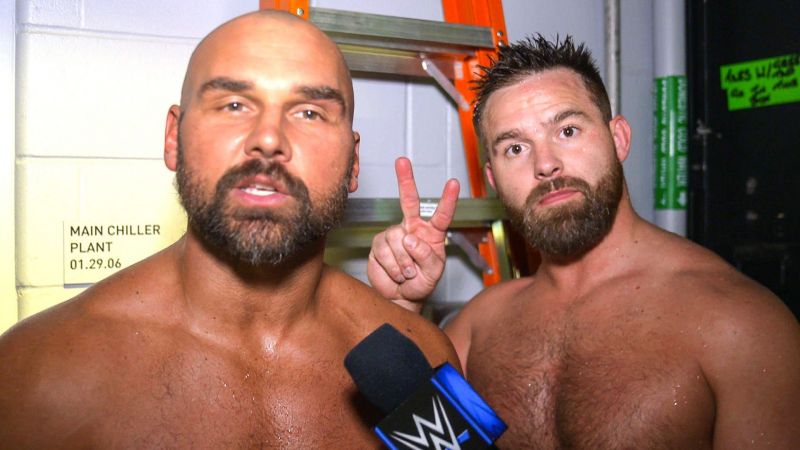 Here's why The Revival probably departed the hallowed halls of WWE Could we see them showing up in another promotion very soon indeed? Top 5 / Top 10 Modified 10 Apr 2020, 21:22 IST We heard some really stunning news about the 'Top Guys'News about The Revival probably moving to greener pastures from WWE had…

News about The Revival probably moving to greener pastures from WWE had been doing the rounds for some time. We all knew it was only a matter of time before they went elsewhere, and now, it’s been made official.

WWE and The Revival have agreed upon their immediate release from the company. This was the Tweet that was sent out by WWE confirming the same.

BREAKING: Effective today, Friday, April 10, 2020, WWE and The Revival have agreed on their immediate release from WWE. We wish them all the best in their future endeavors. https://t.co/PjAOuiHoxs

Obviously, we at Sportskeeda wish The Revival all the best in their future endeavors. We are all fans of what they bring to the table as competitors and as pro wrestlers and would love to see them ply their trade elsewhere and make waves.

So, while liquor is difficult to procure in the times of coronavirus, I still raise a metaphorical glass and say ‘cheers’ to the ‘Top Guys.’

#5 Inability to make waves on RAW and SmackDown

I think it’s safe to say that The Revival had the best matches of their entire career in NXT. Whether it was against American Alpha or against Ciampa and Gargano, the ‘top guys’ put on tag team clinics that every young wrestler can look at and study, as an example of how to put a match together. Unfortunately, the same level of success did not translate to the main roster.

But when they came up to the ‘main roster’, they did not fare nearly as well because they did not really fit into a ‘sports entertainment’ mold. And this is why they languished in skits where they were scratching themselves or shaving each other’s backs.

It was this inability of theirs to connect with the mainstream audience that assured them, in all likelihood, that there are opportunities elsewhere for the taking.