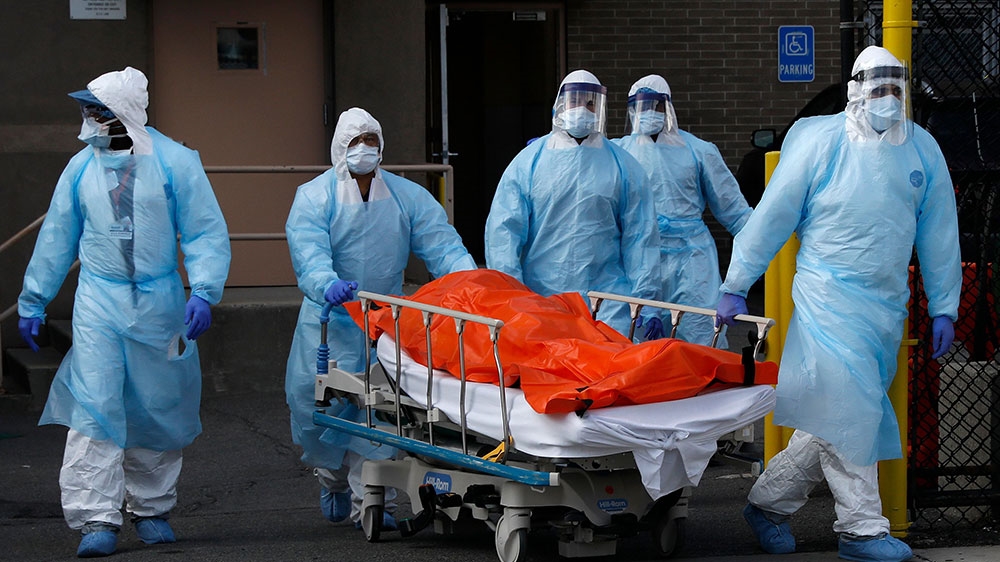 New York Governor Andrew Cuomo has announced that he would sign an executive order giving the state the power to confiscate unused medical equipment and supplies from private hospitals and other healthcare providers and redistribute the material to facilities that have an immediate need for them. During his daily briefing in Albany, New York, on…

New York Governor Andrew Cuomo has announced that he would sign an executive order giving the state the power to confiscate unused medical equipment and supplies from private hospitals and other healthcare providers and redistribute the material to facilities that have an immediate need for them.

During his daily briefing in Albany, New York, on Friday, Cuomo said he would use National Guard troops if necessary to gather the equipment and redistribute it to hot spots such as New York City and Long Island with the understanding that it would be returned later or paid for in full by the state.

“Those institutions will either get their ventilator back or they will be reimbursed and paid for their ventilator so they can buy a new ventilator,” he said. “I can’t do anything more than that. But I’m not going to be in a position where people are dying and we have several hundred ventilators in our own state somewhere else.”

The governor made the announcement while expressing mounting frustration about the lack of ventilators and protective equipment such as masks and gowns available for healthcare workers.

“It’s unbelievable to me that in New York, in the United States of America, we can’t make these materials, and we’re all shopping from China, and competing against each other,” Cuomo said while holding up one of the protective masks that are in such short supply.

Cuomo said New York state is rapidly approaching 3,000 deaths from the coronavirus and that the number of new cases and people requiring hospitalisation had reached a new daily high during the last 24 hours. More than 100,000 people have now been infected in the state.

The timing won’t be perfect. Multiple states may hit a peak around the same time.

But not every state will hit an apex at once.

That’s why I believe Mutual Aid is the only solution.

We need a rolling deployment of resources. We need a national coordinated effort.

In New York City, the hardest-hit area of the state so far, the Javits Convention Center in Manhattan will now be used to treat COVID-19 patients. Previously, federal officials said the makeshift 2,500-bed facility would be used only for non-coronavirus cases to relieve pressure on other hospitals.

But Cuomo said the number of hospital beds needed for non-virus cases such as accidents and other injuries had declined dramatically following strict stay-at-home orders and a suspension of elective surgeries and other non-emergency procedures.

The decree ordering the redistribution of equipment and supplies is necessary, Cuomo said, because some facilities in lesser-affected parts of the state had been reluctant to share it out of fear that it would be needed in their own communities in the future.

Cuomo said the only way to get ahead of the virus is to deploy resources to the areas in immediate need and redeploy those resources as the need shifts geographically. He insisted that no hospital would be left without needed equipment and supplies, and that only excess inventory would be redistributed.

“We are sharing and shifting resources, which is the only intelligent thing to do,” he said. “We’re going to shift resources all across the state to whatever place has that need at that time.”

He likened the effort needed nationally to combat the coronavirus pandemic to the sort of recovery efforts that occur following natural disasters such as hurricanes, when utility repair trucks from across the nation typically converge on the hardest-hit areas and then move on as the need shifts.

He acknowledged that the use of National Guard troops to collect the equipment may seem dramatic, but said, “Am I willing to deploy the National Guard and inconvenience people to save several hundred lives? You’re damn right, I am.”

After praising the more than 20,000 healthcare workers from across the country who had volunteered to come to New York in recent days to aid in the fight against coronavirus, he pledged that the state would reciprocate when it is able.