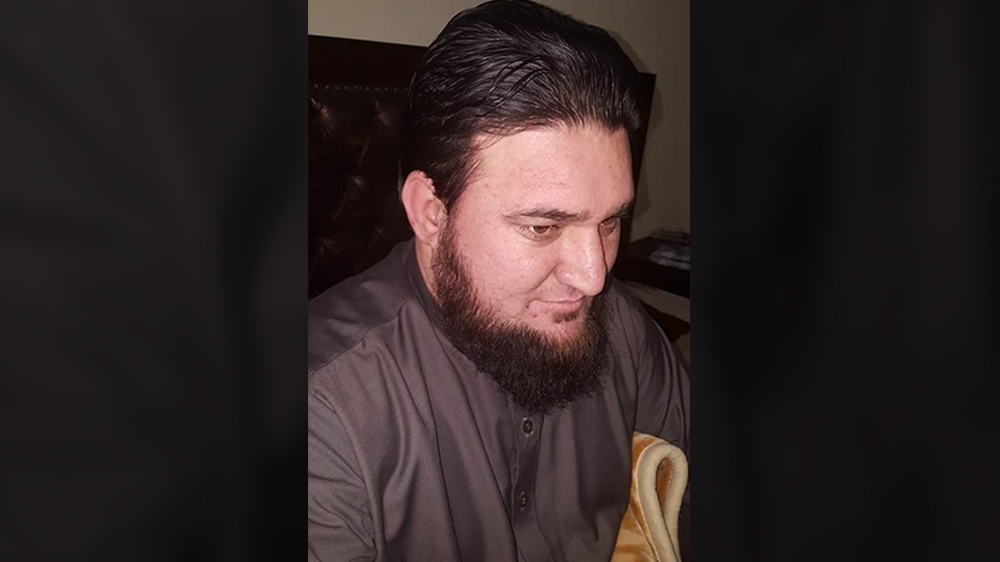 Islamabad, Pakistan - The Pakistani Taliban has suffered major losses from American and Pakistani security operations in recent years, but its cells remain active in Pakistan's cities and are still capable of carrying out attacks, a former spokesman has told Al Jazeera in his first interview since escaping from Pakistani military custody in January. The…

Islamabad, Pakistan – The Pakistani Taliban has suffered major losses from American and Pakistani security operations in recent years, but its cells remain active in Pakistan’s cities and are still capable of carrying out attacks, a former spokesman has told Al Jazeera in his first interview since escaping from Pakistani military custody in January.

The group and its allies remain active in the eastern provinces of Afghanistan, near the border with Pakistan, said Ehsanullah Ehsan, once one of the most high-profile leaders of the Pakistani Taliban, also known as Tehreek-e-Taliban or the acronym TTP, who later co-founded the armed group’s breakaway faction Jamaat-ur-Ahrar (JuA) .

“We cannot say that the Tehreek-e-Taliban Pakistan, Jamaat-ur-Ahrar or other anti-Pakistan [armed] groups are completely finished,” he said. “They definitely have a set-up and perhaps they have gone silent as part of a plan. They are present in Pakistani cities and they have the ability to carry out attacks.”

Ehsan – whose real name is Liaqat Ali but is better known by his nom de guerre – spoke exclusively to Al Jazeera this week, breaking his silence on how he surrendered to Pakistani security forces in 2017, and how he escaped from a military-run safe house in an affluent neighbourhood of the northwestern city of Peshawar. He also offered insights into the operations of the Pakistani Taliban and the JuA.

The interview was conducted from an undisclosed location through voice notes exchanged over an internet-based messaging service.

The former spokesman was one of the most notorious Pakistani Taliban leaders during the height of the group’s bloody war against the Pakistani state, which saw more than 20,000 civilians killed in suicide bombings, IED blasts and other attacks, according to the South Asia Terrorism Portal (SATP). The group also killed more than 6,000 members of Pakistan’s security forces, according to SATP data.

Ehsan said the killing of Pakistani Taliban leaders such as then-chief Maulana Fazlullah in a 2018 US drone attack, and senior leaders Khalid Haqqani and Shahryar Mehsud two months ago have affected the organisation, but not decimated it.

“Their ability to launch attacks has definitely decreased, but they are not yet finished,” Ehsan said. “They will continue to try to prove their presence.”

Ehsan had been held for almost three years, after surrendering to Pakistani security forces in February 2017 under what he claims was an agreement that granted him full legal immunity, a personal monetary stipend and a guarantee that he would be allowed to live as a “peaceful citizen”.

Pakistan’s military was provided with a detailed list of the allegations made by Ehsan in this interview, but offered no comment. The Pakistani interior ministry did not respond to a request for comment.

The civilian government also offered no comment on Ehsan’s imprisonment or escape since it occurred, although Interior Minister Ijaz Shah did confirm in February that he was no longer in Pakistani custody.

“The first thing is that Ehsanullah Ehsan is claiming this, this is one side of the equation,” said Rahimullah Yousufzai, a veteran journalist who has covered the Afghan and Pakistani Taliban for decades. “The other side of the agreement, the other party, is not making any comment. We can so far only take it as a claim by one party.”

Ehsan said the successful US-Afghan peace talks, which were facilitated by Pakistan, had served to further curtail Pakistani Taliban activity.

“In Afghanistan, organisations [that target Pakistan] like the TTP and Jamaat-ur-Ahrar have to face increased difficulties when the relationship between the US and Pakistan is better,” he said. “The US, in order to get its objectives [vis a vis the Afghan peace process] from Pakistan, is targeting organisations that are against Pakistan.”

Ehsan, 31, joined the Pakistani Taliban in his native Mohmand district in northwestern Pakistan, when he was a university student in 2008. Serving first as the spokesman for his district’s Pakistani Taliban chapter, he gradually moved up the ranks to become the group’s central spokesman and a high-profile leader in 2011.

Ehsan regularly called journalists to claim responsibility for some of the deadliest attacks ever carried out on Pakistani soil, including many suicide attacks that killed hundreds of children and other civilians, Shia Muslims, Christians and others, as well as thousands of members of Pakistan’s security forces.

Asked why the Pakistani Taliban and its allies attacked civilians or how it justified large-scale bombings and violence, Ehsan refused to comment. “The spokesperson for these groups is not just a spokesman […],” said Yousufzai. “He had his own guards [and] was part of the decisions and was very close to the leadership council. It was not that he was just a spokesman, and wasn’t involved in the [violence].”

After his escape, parents of the more than 132 children killed in a 2014 massacre at an army-run public school in Peshawar, which was claimed by the Pakistani Taliban, filed a petition at the Peshawar High Court demanding that he be brought to justice and that details of the agreement under which he surrendered be made public.

In 2014, Ehsan left the Pakistani Taliban to co-found JuA, the armed group formed over ideological differences with the Pakistan Taliban’s leadership following the appointment of Maulana Fazlullah, a powerful commander in the Swat Valley, as the group’s central leader.

“There was a lack of leadership, and people were very disappointed [with the Pakistani Taliban],” he said. “There were also [military] operations ongoing against the organisation. So at that time, in order to end that disappointment, we decided to make Jamaat-ur-Ahrar.”

The JuA subsequently carried out a series of large-scale bombings, including a suicide attack that killed at least 55 people at Pakistan’s Wagah border crossing with India, a park bombing targeting Christians celebrating Easter that killed more than 70 people, and a bombing at a hospital that killed at least 75 civilians.

At the time, the influence of the ISIL (ISIS) group was rising in Syria and Iraq and Ehsan says Pakistani armed groups were eager to impress it to gain leadership of its chapter in South Asia.

“The way that Daesh [the Arabic-language acronym for ISIL] was handling the media and its propaganda, there was definitely a race within groups to join them [at that time],” said Ehsan. “It seemed a solid and attractive organisation.”

Ehsan’s JuA claimed at least one high-profile attack that was jointly claimed by the ISIL in 2016.

In 2016, Ehsan says, he developed ideological differences with JuA’s leadership, and plotted to escape from their base in eastern Afghanistan and surrender himself to Pakistani security forces under a negotiated agreement.

In April 2017, then Pakistani military spokesman Major-General Asif Ghafoor announced that Ehsan had “turned himself in to our security agencies”. Ghafoor did not reveal any details of how Ehsan was captured at the time, but the military did release a video “confession” by him.

“As a spokesperson, he was giving statements and defending policies, as is required of the position, […] and he was the face and the voice of the group,” said Yousufzai. “He was defending it very forcefully and vocally, he believed that [the violence] was the right thing to do. You cannot now claim that you were being told to say these things.”

Ehsan claims the agreement with Pakistani security forces granted him full legal immunity from any prosecution related to Pakistani Taliban or JuA attacks in addition to other privileges.

“Yes, I had an agreement with Pakistan’s Military Intelligence [MI],” he said. “In the agreement, I was assured that I would be welcomed; that there would be no [court or police] cases against me; the cases that have already been filed will be finished; my home, which was destroyed during the [military] operation, it will be rebuilt; I will be helped financially so that I can once again start a new and peaceful life.”

Ehsan alleges Pakistan’s military reneged on the deal, placing him, his wife and two children under house arrest in a safe house in a residential area of the northwestern city of Peshawar.

“It was a safe house in a residential area, where all the needs of life were available,” he said. “But we were not allowed to leave the house and we had security upon us.”

He did not, however, face formal charges of court proceedings in either civilian anti-terrorism courts or in military courts formed in 2015 to try civilian “terrorism suspects”, he said.

He denies persistent media reports that he aided Pakistan’s intelligence services by providing information that led to the capture or killing of several high-profile Pakistani Taliban leaders in recent years, including its chief Fazlullah.

Analysts, however, say it is unlikely he could have been held as long as he was without offering assistance to the Pakistani military.

“Why wouldn’t he share intelligence, the whole point of getting him to surrender was to get him to [share intelligence],” said Yousufzai. “And to show the divisions in the militant groups [and] that the policy of military operations is working very well, […] that people are being forced to surrender and are fleeing.”

Almost three years into his imprisonment, Ehsan says he decided to escape along with his family, hatching a plan and sneaking out of a back gate of the house on the night of January 11.

“I was under house arrest, I was not in a jail, that is why all of this was possible,” he said. “We left through the back gate of the house, which was located in a normal residential area. It was not in a military cantonment or any other military area.”

Ehsan says his family spent “several days of hard work” to break the lock on the back gate, which he says was unguarded.

“From a little way outside [the house] we got into a taxi that I had booked online and we sat in that and left for our destination.”

Pakistan’s military offered no comment on Ehsan’s mode of escape. Previously published media reports have cited security sources as saying he escaped during an intelligence operation in which he was taking part.

Not ready to face trial

In an interview with Pakistani television station Geo News in 2017, shortly after his capture was announced by Pakistan’s military, Ehsan expressed his desire to live as a “peaceful citizen”, saying he chose the path of surrendering himself because he wanted to “face the truth”.

In his interview with Al Jazeera, Ehsan reiterated this desire, saying he had no plans to rejoin the Pakistani Taliban or the JuA.

“After my escape, I have not abandoned my desire and efforts for a peaceful life,” he said. “Along with my family, I want to live a peaceful and normal life. I do not want to go back towards the life that I have worked very hard to leave.”

Asked if “facing the truth” would mean facing a court to be tried for his actions while a member of the Pakistani Taliban, and to face any possible legal punishment for those actions, Ehsan hesitates before answering.

“Let us set this question aside for now,” he said by text message, after a long pause during which he recorded and re-recorded several audio messages, but never pushed “send”.