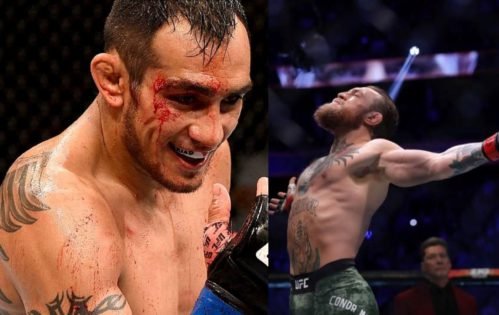 With Khabib Nurmagomedov making it clear that he will not fight at UFC 249, the UFC Universe has yet again been robbed of the opportunity of witnessing the greatest Lightweight bout ever, Khabib vs. Tony Ferguson. The Eagle is back in his nest in Dagestan, and will not be able to participate in the event…

With Khabib Nurmagomedov making it clear that he will not fight at UFC 249, the UFC Universe has yet again been robbed of the opportunity of witnessing the greatest Lightweight bout ever, Khabib vs. Tony Ferguson.

The Eagle is back in his nest in Dagestan, and will not be able to participate in the event on 18 April. He said that in the midst of the widespread pandemic, he wants to take care of his loved ones. Moreover, Russia has closed its borders and the travel restrictions that have been brought into effect make it almost impossible for Khabib to travel anywhere.

Thus, there is not a very good chance of Khabib being able to travel, and this renders the spot for Tony Ferguson’s opponent open. Moreover, Ferguson has also confirmed that he is continuing to train for 18 April. Thus, we most probably will still be able to see “El Cucuy” in action.

However, Ferguson is currently on an impeccable 12-fight will streak, and thus deserves only the best of opponents. While the name on top of these deserving opponents is Khabib, we already know that fixture is not going to happen. Yet, Ferguson did give his views on who he would prefer to fight next. In an interview with Ariel Helwani, he said,

“Nobody else deserves that a** whooping [besides] two people. That’s McNuggets and Team Tiramisu. That is Khabib Nurmagomedov and Conor McGregor.” 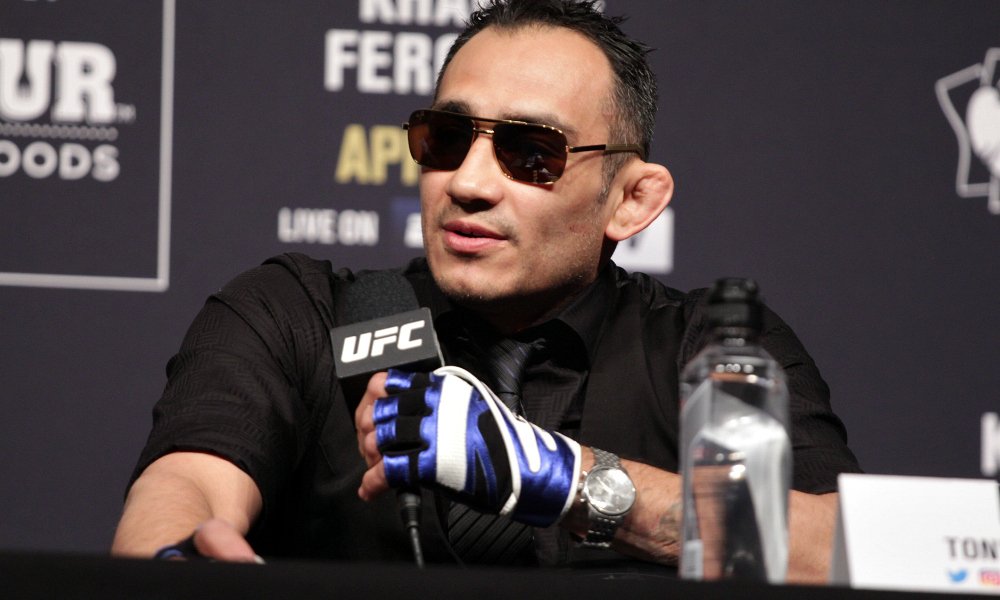 It makes sense for the man who holds the record for most consecutive wins in the UFC to call out the best. While Khabib is the undisputed champion, Conor McGregor is a name everyone wants to have on their mantel. Also, a fight with ‘The Notorious’ will reap huge monetary benefits for Tony.

Yet, it seems like UFC has someone else in mind for Tony.

Carrying on with the discussion about Tony’s possible opponents, Helwani brought up Justin Gaethje‘s name. The majority of rumors roaming around ‘who Ferguson’s new opponent is going to be’ indicate that UFC is probably fixing up a fight between him and Gaethje.

Although, while many believe that Gaethje is the only one who can come close to beating Khabib, Tony is just not impressed with him. As soon as Helwani mentioned Gaethje, Tony said, “The dude’s got a 4-2 record man! I’m the fuc*ing champ!”

However, while he does seem unimpressed with Gaethje, he clarified that he will fight anyone who comes up. “Doesn’t matter who we have, we’re gonna try and make this thing go! So that at least some of the people in the world have some hope. If We can do a little bit on our part and make something happen, I’m down for that!”

Do you think we’ll see an epic showdown between McGregor and Ferguson? Or will he go on to lock horns with Gaethje?