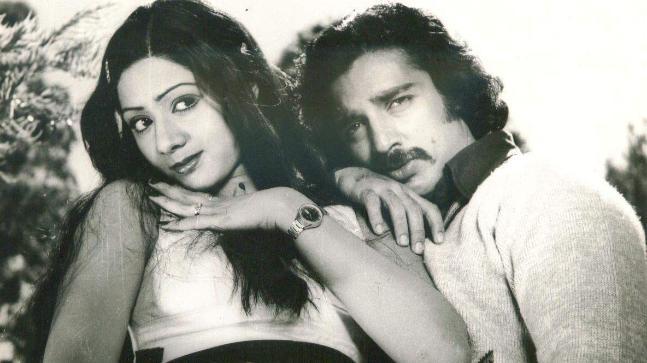 South Indian megastar Kamal Haasan in his biography revealed that Sridevi's mother repeatedly asked him to marry her daughter while she was still just 19-years old. Thousands in India mourn late Bollywood star Sridevi Kapoor Sridevi was a true gem of the Bollywood industry. She was an eternal beauty and a legendary actress. From becoming…

South Indian megastar Kamal Haasan in his biography revealed that Sridevi’s mother repeatedly asked him to marry her daughter while she was still just 19-years old.

Sridevi was a true gem of the Bollywood industry. She was an eternal beauty and a legendary actress. From becoming Rishi Kapoor’s ‘Chandani’ to being a housewife Shashi in English Vinglish, she literally nailed every character that she played, on-screen. The Diva wasn’t just a popular name in the South from where she started her filmy career but achieved her peak in Bollywood as well.

She even had a book written on her life ‘Sridevi-The Eternal Goddess’ by Satyarth Nayak. But did you know that Sridevi’s mother wanted her to marry Kamal Haasan?

Yes, you heard that right. During her early teens, Sridevi’s parents were concerned about her marriage. They wanted her to settle down, however, Sridevi wanted to focus on her career.

In one of the interviews with Times Of India, she confessed that, “My mother used to show me pictures of “good” Tamilian boys, I would look at them but where was the time too think about marriage? I was caught deep in the whirlwind of work, or maybe deep down I wanted to marry for love.”

That time Sridevi was paired with many Bollywood actors. But her most loved Jodi was with Kamal Hasaan. One film that immortalised their on-screen pair was Balu Mahendra’s ‘Sadma’ which was a cult classic. Everybody wanted the duo to get married as their on-screen chemistry was visible in real life too.

Kamal Hasaan in her biography recalled how Sridevi’s mother badly wanted them to get married.

“Her mother and I would often discuss Sridevi’s marriage options and she would joke with me that maybe I should marry her daughter.”

However even Kamal was not ready yet. He added, “I would laugh and retort that if that happens, both Sri and I would drive each other so mad that I will have to send her back to her house the very next day!”

Later, Sridevi got married to Boney Kapoor in June 1996 and they have two children together Janhvi and Khushi. The legendary actress passed away in mysterious circumstances on 24 February 2018.