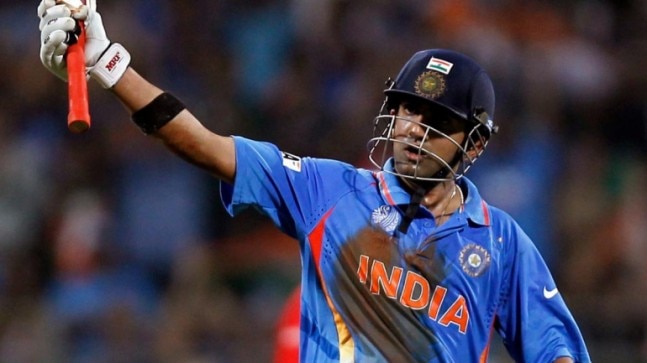 Now everyone knows that India loves politics, Bollywood and cricket, While the former two might divide the folks on the basis of their favourite political party or favourite Bollywood start, cricket never does that. Cricket is synonymous to unity in India, it's a religion here as they famously say.Back in 2011, countries wait for its…

Now everyone knows that India loves politics, Bollywood and cricket, While the former two might divide the folks on the basis of their favourite political party or favourite Bollywood start, cricket never does that. Cricket is synonymous to unity in India, it’s a religion here as they famously say.

Back in 2011, countries wait for its 2nd 50 over World Cup had extended to 28 years and now desire to win one has turned into a craving.

All the prayers were answered on April 2, 2020 and India won the World Cup after a long wait. Sachin Tendulkar’s wait for a World Cup was over, nations wait was over.

MS Dhoni and 2011 edition’s Man of the Series Yuvraj Singh were in the middle when history was scripted but one who had held the nerve to hold the pen (bat) when the pages (situations) were on fire was in the dressing room jumping in exuberance.

It was Gautam Gambhir, in the maiden T20 World Cup, standing rock-solid in the final against the arch-rivals Pakistan. He slammed a gutsy and controlled knock of 75 runs off just 56 balls to take his team to a total which will win them the match by 5 runs.

Notably, only Rohit Sharma had scored 30 in that match, the rest of Indian batsman failed to cross even the 15-run mark.

Four years later, though the format had changed but Gautam Gambhir did it throughout the tournament again and saved his best for the final.

The Delhi batsman scored against all the top teams. In a high scoring game against England he smashed 51 runs, then he hit 69 against South Africa and in a pressure cooker pre-quarterfinal game against defending champions Australia, the left-hand batsman smashed 50 before getting run-out.

In the semifinal clash against Pakistan, Gautam Gambhir stitched India’s highest partnership of the match with Sachin Tendulkar. Together, the former cricketers scored 68 runs helping the team gain momentum.

The best in the business save their best for the best of moments. Gautam Gambhir had saved his best for the final match against Sri Lanka at Wankhede Stadium in Mumbai.

India chasing a daunting target of 275 runs were 2 down for 31. The 2 batsmen gone were Virender Sehwag and Sachin Tendulkar and that was enough to put the team on the back-foot.

A World Cup final in front of your home crowd and two of your best batsmen gone, is quite an unwanted situation. Characters are defined in such moments and an ‘immortal’ status is achieved. Pressure breaks some, while it rejuvenates others. Gambhir, the man with character, is a human from that second category.

Gautam Gambhir stayed on the crease for 187 minutes and score 97 runs by facing 122 deliveries. In the process, he built an 83-run partnership with current India skipper Virat Kohli and of 119-run with then-skipper MS Dhoni.

When, Gambhir left the ground in the 42nd over, India needed 52 runs from as many balls with 6 wickets in hand. Mahendra Singh Dhoni, Yuvraj Singh and Suresh Raina were part of those remaining 6 wickets and they made sure the battle is won with 10 balls remaining.