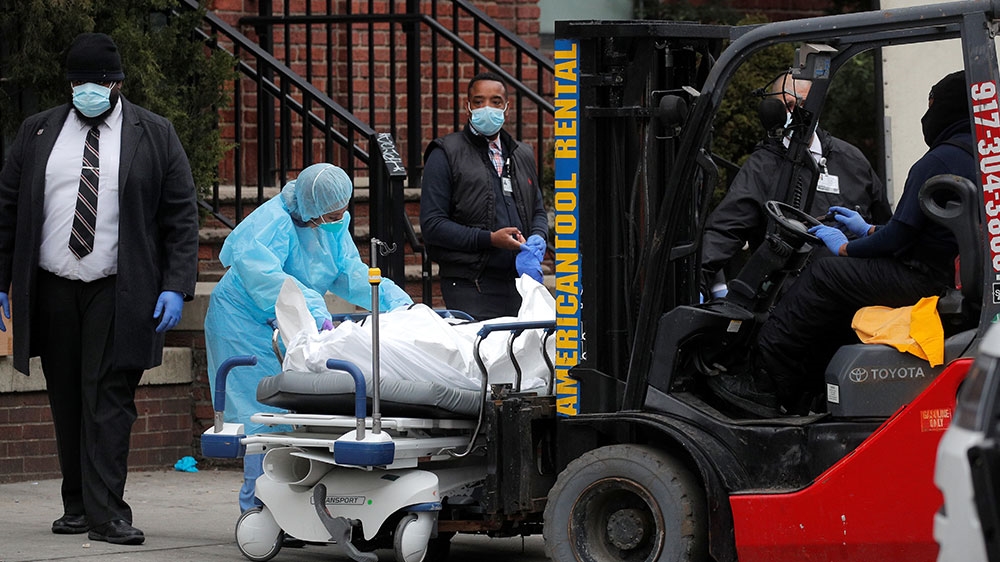 The White House on Tuesday projected 100,000 to 240,000 deaths in the United State from the coronavirus pandemic even if current social distancing guidelines are maintained. The projections were presented during a White House briefing on Tuesday. They suggest that, if no social distancing measures had been put in place across the country, between 1.5…

The White House on Tuesday projected 100,000 to 240,000 deaths in the United State from the coronavirus pandemic even if current social distancing guidelines are maintained.

The projections were presented during a White House briefing on Tuesday. They suggest that, if no social distancing measures had been put in place across the country, between 1.5 million to 2.2 million people would have died.

Dr Anthony Fauci, the director of the National Institute of Allergy and Infectious Diseases who is helping to lead the US effort, said, “as sobering a number as that is, we should be prepared for it”. But he added that he hopes it won’t soar so high.

President Donald Trump called US efforts to slow the spread of the coronavirus “a matter of life and death” and urged the public to heed his administration’s social distancing guidelines.

Trump called on Americans to brace themselves for a “rough two-week period” but predicted the country would soon see a “light at the end of the tunnel” of the global catastrophe that has killed more than 3,700 Americans and infected a total 186,000 thus far.

“I want every American to be prepared for the hard days that lie ahead,” Trump said. “We’re going to go through a very tough two weeks.”

The comments came after Trump announced Sunday that he was extending to April 30 the social distancing guidelines that urged Americans to cease social gatherings, work from home, suspend onsite learning at schools and more in a nationwide effort to stem the spread of the virus. He formally released the extended guidelines on Tuesday.

It was an abrupt reversal for Trump, who spent much of last week targeting April 12 as the day he wanted to see Americans “pack the pews” for Easter Sunday services.

Many states and local governments already have stiffer controls in place on mobility and gatherings.

New York has been hit the hardest, with more than 1,500 deaths, according to officials. But new hot spots are continuing to emerge across the US, including in Illinois, Louisiana, Michigan and Florida. A staff member of Odyssey House Louisiana (OHL), which runs a drive-through testing site for the coronavirus disease (COVID-19), waves to passing vehicles to try to alert the community about testing taking place at OHL in New Orleans, Louisiana [Kathleen Flynn/Reuters]

Trump’s comments on Tuesday came after another troubling day for the stock market, which has been in a free fall as the coronavirus ground the economy to a near halt and left millions unemployed. The Dow Jones Industrial Average plunged more than 400 points, or roughly 1.9 percent, to seal the worst first-quarter finish of its 135-year history.