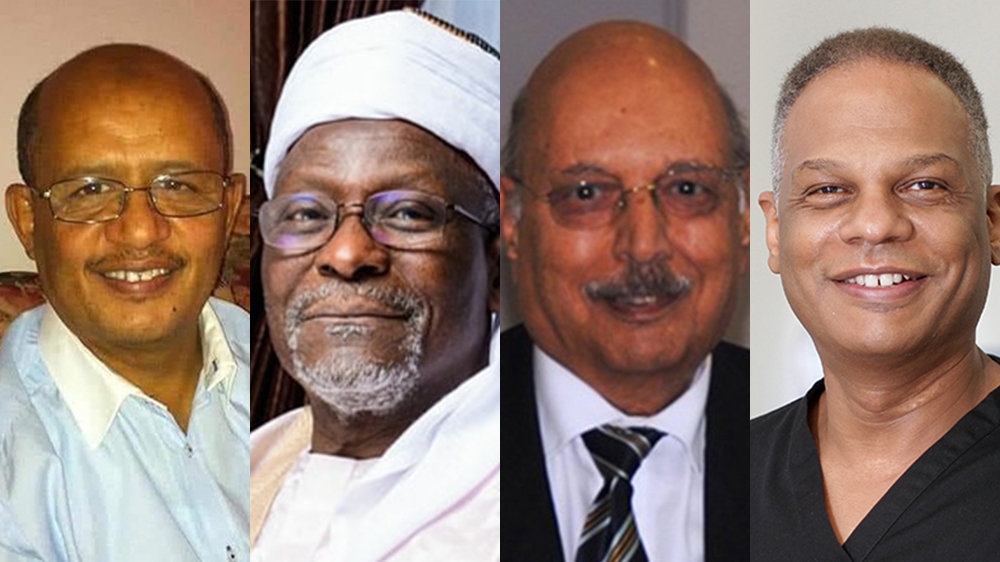 London, United Kingdom - The United Kingdom is paying tribute to the first doctors on the front lines of the coronavirus pandemic who have died after contracting COVID-19. All four men - Alfa Sa'adu; Amged el-Hawrani; Adil El Tayar and Habib Zaidi - were Muslim and had ancestry in regions including Africa, Asia and the Middle East. More:  UK…

London, United Kingdom – The United Kingdom is paying tribute to the first doctors on the front lines of the coronavirus pandemic who have died after contracting COVID-19.

All four men – Alfa Sa’adu; Amged el-Hawrani; Adil El Tayar and Habib Zaidi – were Muslim and had ancestry in regions including Africa, Asia and the Middle East.

Dr Salman Waqar, the general secretary of the British Islamic Medical Association, said the contribution of these doctors was “immeasurable”.

“They were devoted family men, committed senior doctors, and dedicated decades of service to their communities and patients,” he said.

“They gave the ultimate sacrifice while fighting this disease. We urge everyone to do their part and stop further deaths from happening – stay at home, protect the NHS, save lives.”

As the country fears a shortage of medical staff amid the pandemic, which has so far killed 2,352 people and infected 29,474 according to government figures, the loss of the doctors has highlighted the vital contribution of medics from minority backgrounds to the UK’s National Health Service (NHS).

The NHS is the largest employer of Black and Minority Ethnic (BME) staff in the UK with 40.1 percent of medical workers from BME backgrounds.

Priti Patel, the home secretary, announced on Tuesday that about 2,800 medical staff whose visas expire before October 1, will have their visas extended for a year “free of charge”.

Here, we profile the four doctors who have sadly passed away:

Born in Sudan, the second of six brothers, Amged el-Hawrani was an ear, nose, and throat consultant at university hospitals in the north of England.

Despite having no underlying health issues, el-Hawrani died in hospital on Saturday aged 55.

His youngest brother Amal paid tribute to his sibling who selflessly “took on the burdens of others” and became a “father figure” following the deaths of their eldest brother and father.

“Amged was someone who was very strong in character, both mentally and physically, but in a calm and gentle way,” he said. “His strength was one that was always used as a force for good. He was a protector, a shielder, fighting for people, fighting for his brothers.”

Weeks before his death, el-Hawrani was concerned for his elderly mother who was ill again after having recovered from pneumonia. El-Hawrani finished his night shift and drove a long distance to see her in Bristol, in southwest England. At the time, he had mild flu symptoms which he put down to being overworked.

His funeral went ahead on Tuesday, with only immediate family in attendance. He was buried in Bristol.

El-Hawrani’s colleagues held a minute’s silence for the doctor at Queen’s Hospital in Burton on Monday.

Habib Zaidi – A kind, caring GP whose dedication cost him his life

A general practitioner with Pakistani origins, Habib Zaidi moved to the UK almost 50 years ago and worked in Leigh-on-Sea in Essex, southeast England, for more than 45 years.

He had been self-isolating for a week when he was taken to hospital and died 24 hours later in the intensive care unit.

His family said they were “heartbroken” by his death, in a statement.

Christine Playle, 73, one of Zaidi’s former patients on whom he performed minor surgery less than three weeks before his death, said she was “shocked and saddened”.

“Dr Zaidi was a very well-liked and respected doctor and was the embodiment of what everyone looks for in their GP – kind, caring, friendly and jolly,” she told Al Jazeera.

“He was a dedicated GP, and that dedication cost him his life.”

In accordance with distancing restrictions, only his immediate family attended his funeral. His widow has now gone into self-isolation.

An organ transplant consultant, he graduated from the University of Khartoum in 1982.

El Tayar had been working at Hereford County Hospital in the west of England as a volunteer in the emergency department, where his family believes he caught the virus.

He began to self-isolate when he displayed symptoms but was eventually hospitalised and placed on a ventilator.

The British ambassador to Sudan, Irfan Siddiq, paid tribute to the father of four on Twitter and thanked healthcare workers everywhere for showing “extraordinary courage”.

Saddened to hear of #Sudan-ese doctor Adel Altayar’s death in the UK from Covid-19. Health workers around the world have shown extraordinary courage. We cannot thank them enough. In this fight we must listen to their advice. #coronavirus #StayAtHome https://t.co/MGzehDylZX

BBC journalist Zeinab Badawi, his cousin, said: “He wanted to be deployed where he would be most useful in the crisis.

“It had taken just 12 days for Adil to go from a seemingly fit and capable doctor working in a busy hospital to lying in a hospital morgue,” she added.

His funeral is being arranged this week.

Alfa Sa’adu, who was born in Nigeria, worked with the NHS for nearly 40 years. He died on Tuesday aged 68 after a two-week battle with the virus.

Born in Nigeria, Sa’adu began his medical career as a consultant physician in geriatric medicine when he came to London and graduated from the University College Hospital Medical School in 1976.

Late Dr. Sa’adu provided leadership for our people in the diaspora as he served for many years as Chiarman, Kwara State Association of Nigeria (Kwasang UK). Back at home, he was a community leader and traditional office holder as Galadima of Pategi. He will be sorely missed.

He went on to become a medical director before retiring and becoming a volunteer.

Sa’adu’s son Dani told Al Jazeera: “He was a very passionate man, who cared about saving people. As soon you spoke to him about medicine his face would light up. He worked for the NHS for nearly 40 years in different hospitals across London.

“He loved to lecture people in the world of medicine, he did so in the UK and Africa. My dad retired and was working part time at the Queen Victoria Memorial Hospital in Welwyn, Hertfordshire until his passing. He was a massive family man and we did everything together, family came first. He left two sons and a wife, who is a retired doctor herself.”

The former president of the Nigerian Senate, Bukola Saraki, paid tribute to Sa’adu on Twitter, saying he provided “leadership for our people in the diaspora”