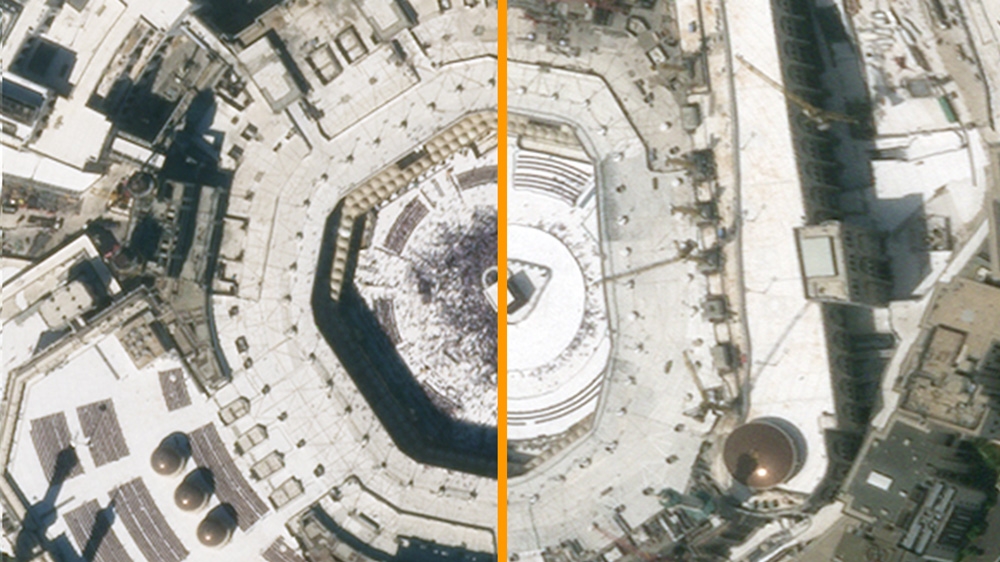 More than a third of the world's population is now under lockdown as an increasing number of countries implement sweeping measures to fight the coronavirus pandemic. The drastic measures have emptied streets, disrupted travel and slowed economic activity - all while slashing air pollution. More: Coronavirus: Which countries have confirmed cases? Why is Italy's coronavirus fatality rate…

More than a third of the world’s population is now under lockdown as an increasing number of countries implement sweeping measures to fight the coronavirus pandemic.

The Grand Mosque of Mecca is usually packed with pilgrims from across the world. But on March 19, Saudi authorities suspended all prayers at the two main mosques in Mecca and Medina. Saudi Arabia has more than 1,400 confirmed cases and eight deaths to date.

With more than 100,000 confirmed coronavirus cases and 11,000 deaths, Italy is Europe’s hardest-hit country.

Authorities in the country are planning to extend a weeks-long lockdown until at least April 12. Italy’s tourism sector, which attracts up to 60 million visitors each year, has come to a standstill, but residents of the tourism hotspot of Venice have reported clear running water for the first time in years.

Iran, the Middle East’s worst-hit country, announced a complete lockdown on March 28, some five weeks after reporting its first case.

As of Tuesday, the number of confirmed cases was 44,606, and the death toll stood at 2,898. The Imam Reza Shrine in Mashhad, which normally attracts 20 million pilgrims each year, has been closed since March 17.

Wuhan, where the coronavirus was first detected late last year, is home to more than 11 million people.

The capital of the central Hubei province has been under a mandatory quarantine for more than two months and has only just begun easing restrictions. China has reported more than 3,300 deaths from 82,000 infections to date.

The United States currently has the highest number of confirmed coronavirus cases in the world, at more than 163,000. At least 3,000 people have died since the country reported its first case on January 20. On March 13, President Donald Trump declared a national emergency following weeks of downplaying the virus.

Brazil was the first South American country to report a coronavirus infection on February 24. Since then, more than 4,500 people have tested positive, and 165 have died. President Jair Bolsonaro has repeatedly dismissed a nationwide lockdown and criticised governors and mayors in the country who imposed such measures.