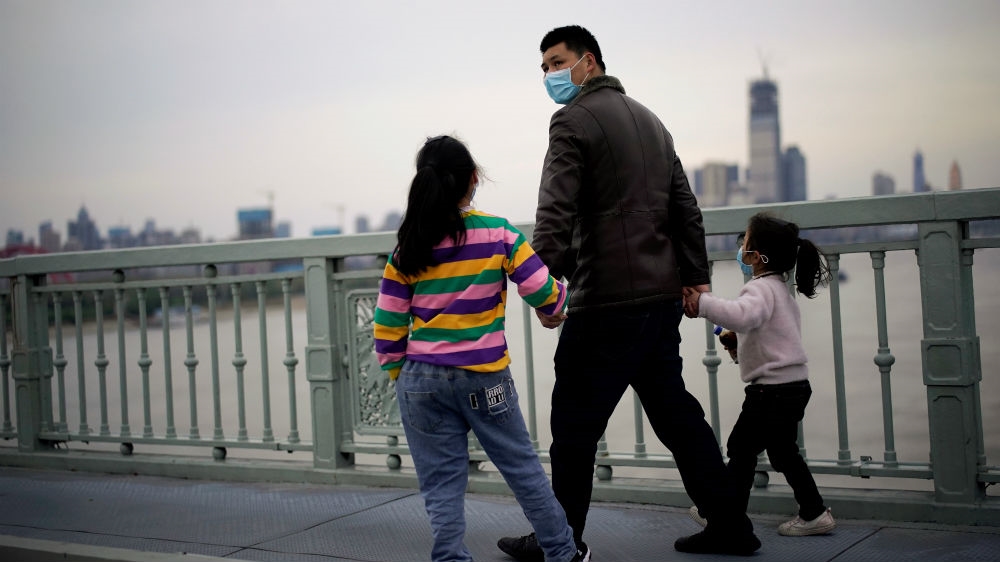 The city of Wuhan, which was subjected to the most aggressive quarantine in China after the coronavirus first emerged there late last year, is slowly returning to normal with the lockdown imposed at the end of January expected to be completely lifted on April 8.  At its peak, some 56 million people in the city…

The city of Wuhan, which was subjected to the most aggressive quarantine in China after the coronavirus first emerged there late last year, is slowly returning to normal with the lockdown imposed at the end of January expected to be completely lifted on April 8.

At its peak, some 56 million people in the city and the surrounding province of Hubei were forced to stay at home, and all travel was suspended.

Residents struggled to get treatment for their family members, and medics were overwhelmed with cases before reinforcements were drafted in from across China, and field hospitals built;  a situation now being repeated in hard-hit countries like Italy and the United States.

As life slowly returns to normal, there are concerns that cases of the disease could spike, not only as people return from new epicentres of the disease overseas, but because China does not disclose the number of asymptomatic cases of infection.

Nevertheless, there is a sense that the worst has passed.

During the peak of the outbreak, people in Wuhan spoke to Al Jazeera about what they were going through.

With businesses and shopping centres reopening on Monday, and the lockdown to be lifted in full next week, we asked them what had happened since. These are their stories. They preferred to remain anonymous or use only one name for fear of reprisals.

Stories as told to Shawn Yuan, but edited for clarity and length.

The teacher wrote a diary for Al Jazeera, describing his first week of life under quarantine. With the lockdown about to be lifted, he shares some of his experience and observations about the past two months and what it has meant, not only to him but for the city of Wuhan.

Yesterday, I went out to go to the pharmacy 20 metres from our apartment compound (In China apartment buildings are grouped together to form a neighbourhood with a main gate). “Where are you going?” the security guard asked me.

“Just going to the pharmacy to get some hand sanitisers,” I answered, while pointing at the pharmacy. “Look, it’s only a few steps away.”

He watched me while I made my way to the pharmacy, fetched my sanitiser and nodded to him as I swiftly made my way back to my apartment building. That was the first time I had left the complex in more than six weeks, and it was somewhat surreal to think that there is still a world outside.

These days, when I go down to the park within our development, I see a lot more people strolling and chatting, some even without masks – something unimaginable just over two weeks ago. People’s conversations are still dominated by the coronavirus outbreak, but the focus seemed to have shifted.

During the peak of the epidemic, everyone was almost fanatically worried about the virus: whenever there was an ambulance driving into our community, our WeChat group would explode with messages with people speculating whether someone they knew was infected by the virus.

Now as the epidemic winds down, I still hear people talking about the virus, but more about overseas cases. “Oh my God, can you believe there are over 80,000 cases in the US already?” I overheard some grandpas chatting over a few exercising sessions in our community park.

Even after April 8 comes, I don’t think all of us are going to rush out to the streets or out of the city. The day before the lockdown when I returned home from my work on the train, it was almost an apocalypse-like silence, and Wuhan has been silent for over two months except for ambulance sirens.

I don’t see how this city can just return to its old-time glory, if I can put it this way, just overnight. I’m an optimistic person, but there were two things during the past two months that made me almost lose hope. The first was the death of the father of my childhood friend. I didn’t personally know anyone who died from the virus until then. That’s when I realised that it seemed like no one could escape – that thought kept me awake and anxious for days.

The second time was when Dr Li Wenliang died. The ferocious censorship and the government’s disregard for public opinion made me want to throw up. I felt so powerless and hopeless then – I thought everything was over.

Now as I look back, those memories are still fresh.

So yes, of course lifting the lockdown is a milestone for Wuhan, but for we people who are living in Wuhan, it doesn’t really mean all that much. We are still going to be exercising extreme caution, and more importantly, Wuhan has been forever changed.

My father was discharged two weeks ago and just finished his post-discharge quarantine a few days ago. We had a little welcome party for him – my father loves festivity, and he always says that it was such a shame that we couldn’t celebrate the Lunar New Year this year.

We picked him up from the quarantine centre a few days ago. My wife and I had been preparing a big meal the entire day – a delayed Lunar New Year dinner – just to make sure my father, and our entire family, could make up for the messed up New Year (Lunar New Year fell on January 25 this year with the big celebration on the eve).

At the dinner table, I could hold my father’s hands for the first time in almost two months. I don’t know how to describe that feeling but you know the happiness of you finding something that you thought you had lost? That’s exactly how I felt.

My father told me that he had been through a lot in his life, but the last two months was the most intense.

“There was a patient who was gasping for air for a good 10 minutes while the doctors and nurses were trying to help him,” my father told me after he was discharged. “Then they wheeled him out of the ward, and I heard they were sending him to ICU. But I never saw him again.”

He doesn’t know if that person died or not, nor does he seem to really want to know because I think that’s too much emotional toll on him – that could very well have been him. Thankfully, my father’s treatment journey went smoothly, but we have been vigilant and sometimes to a paranoid level in trying to make sure we are not infected. We stayed at home for the entirety of the last two months. I never stepped out of my apartment building for even one second – we have people who delivered our groceries.

April 8 – I think it’s over-hyped. I don’t think much is going to change. Nobody expected Wuhan to go back to normal as soon as the quarantine measures were lifted, especially now that the virus seems to be spreading far and wide. I think that all we, and everyone in the world, can do is to follow the government’s instructions and stay at home.

On January 25, a medic working at Xiaogan First People’s Hospital told Al Jazeera that her hospital was running out of protective equipment, and doctors and nurses had to use disposable raincoats as protection. She was imploring the world to help her hospital, which is about 73 kilometres (45 miles) northwest of Wuhan. Now Xiaogan has only one remaining case, which is at her hospital.

Will you believe me if I say it’s a miracle that I’m not dead from the virus? Because that’s what I told myself in the past two weeks when I finally got some off time from my shifts.

The last two months felt surreal – never in my life have I ever experienced anything like that. All the resources were going to Wuhan in the early days, and that had left a gigantic gap between supply and need in medical protective equipment in our hospital.

The situation only got better after mid-February. It may seem like a short time – only two weeks of severe shortage, but that meant many of my colleagues were infected. I can’t count how many times I have cried in the break room from the overwhelming scene.

I really thought we couldn’t make it. That reached the peak when a patient I was in charge of died on February 4. I remember that day – I had been in the isolation ward with my colleagues attending the patients for well over six hours without eating or drinking, and almost as soon as I was about to leave, this patient’s blood oxygen level started to drop. We tried everything we could, but he passed away almost as soon as he was sent to ICU.

I spent the rest of the day crying because he was like a grandpa to me – every day when I walked into the ward, he’d nod and smile at me even though he couldn’t move or speak. My colleague came to comfort me and asked me to take a break.

But I knew I couldn’t – it was at the peak of the outbreak. Our hospital had over 400 patients and it was an absolute chaos at the beginning, with patients pouring in and medics not having equipment. Even though the situation got better, it was still tremendous pressure.

It’s hard for me to actually wrap my head around what happened, but now that Xiaogan only has very few cases left and the city lockdown has also been lifted, I do want to caution against getting life back to complete normal just yet.

The Health Commission doesn’t tell us how many asymptomatic cases there are, and there are even cases where discharged patients later were admitted again because their test came back positive – all that after the original test was negative.

There are still many things that we don’t know about the virus and what it does to the human body. From a medical perspective, I would advise people to continue staying at home and avoiding going out frequently because the risk of infection is still there.