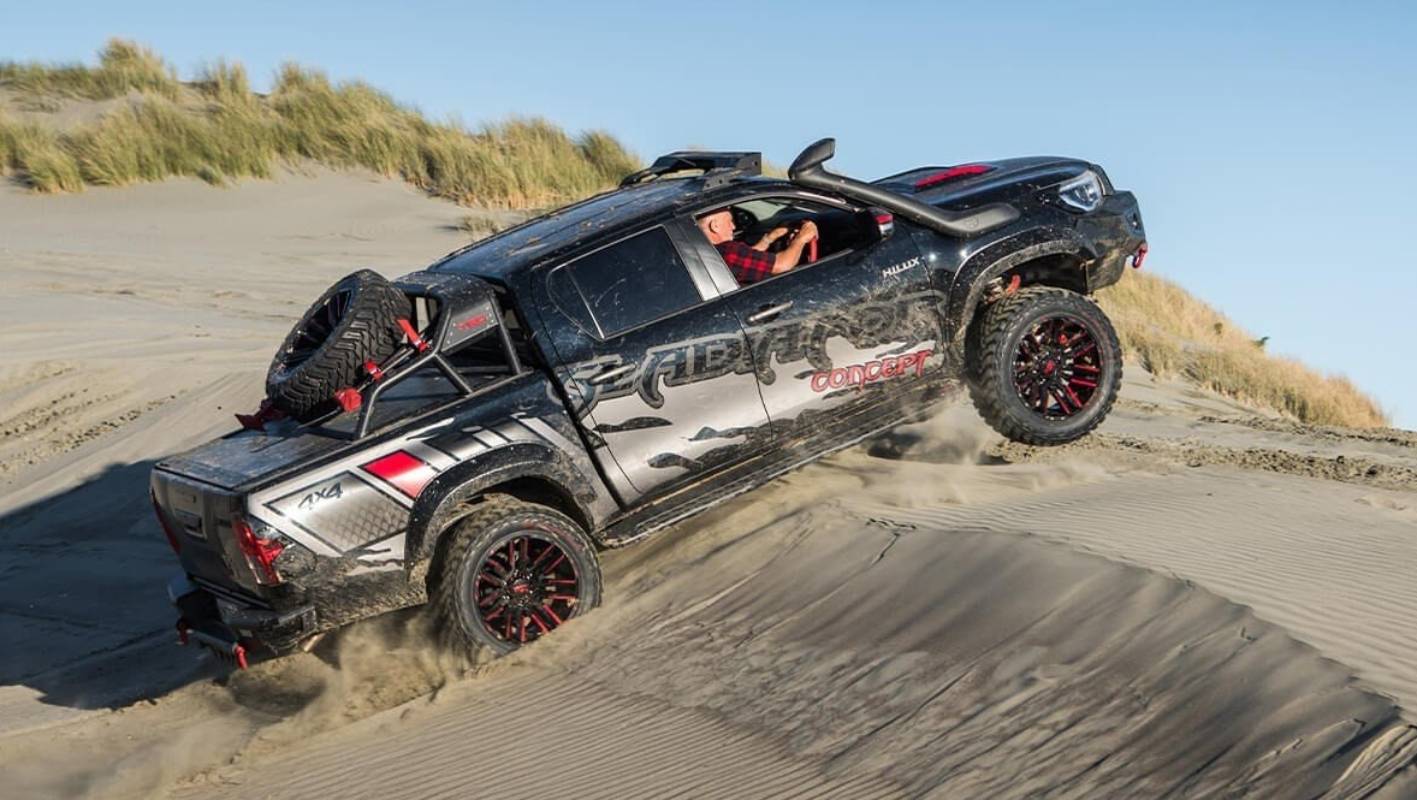 SUPPLIEDWith $65,000 worth of mods and accessories, the Hilux Gladiator cost a hefty $120,000 when new.Word coming out of Australia suggests Toyota is readying an upgrade for the Hilux to tide us over until the next generation. It should be quite a good one too, consisting of a design facelift, new tech and some improvements…

Word coming out of Australia suggests Toyota is readying an upgrade for the Hilux to tide us over until the next generation. It should be quite a good one too, consisting of a design facelift, new tech and some improvements to the mechanicals.

There’s no word on what the design changes will resemble but the new tech should include infotainment upgrades including Apple CarPlay and Android Auto. Toyota already offers its Safety Sense package across the Hilux range as standard so there could be additional improvements on that front too.

As for under the hood, no figures were given but motoring.com.au says a “modest” power increase can be expected, bumping output above the current 130kW/450Nm (auto) and 130kW/420Nm (manual). A fix for the engine’s problematic diesel particulate filter (DPF) will almost certainly be a part of the new engine package.

This could also be when we see the rumoured GR Hilux, which should come with “noticeable” performance upgrades, not all of which will be related to the powertrain.

Last we heard, Toyota Australia had said “… there are definitely no plans to introduce a GR Hilux at this stage, but as always, it is something that we would definitely not rule out for the future, especially with the high level of interest locally for high performance utes.”

It added that if such a vehicle would come to market, it would be inspired by the Hilux that currently competes in the Dakar Rally.

The next generation of Hilux is expected to bow in 2023. If the Internet rumour mill is to be believed, Toyota may merge the platforms of the Hilux and Tacoma, which may allow the larger pick-up to be sold locally.

It’ll face some stiff competition, with Isuzu’s new D-Max arriving sometime this year, which is expected to provide the bones for an updated Mazda BT-50.

The big rival will come next year in the form of Ford’s latest Ranger. Over in the States it can be had with a version of the Blue Oval’s 2.3-litre EcoBoost turbo-four but we’ll probably make do with an updated diesel powerplant. Hopefully that V8 Raptor surfaces at the same time too…