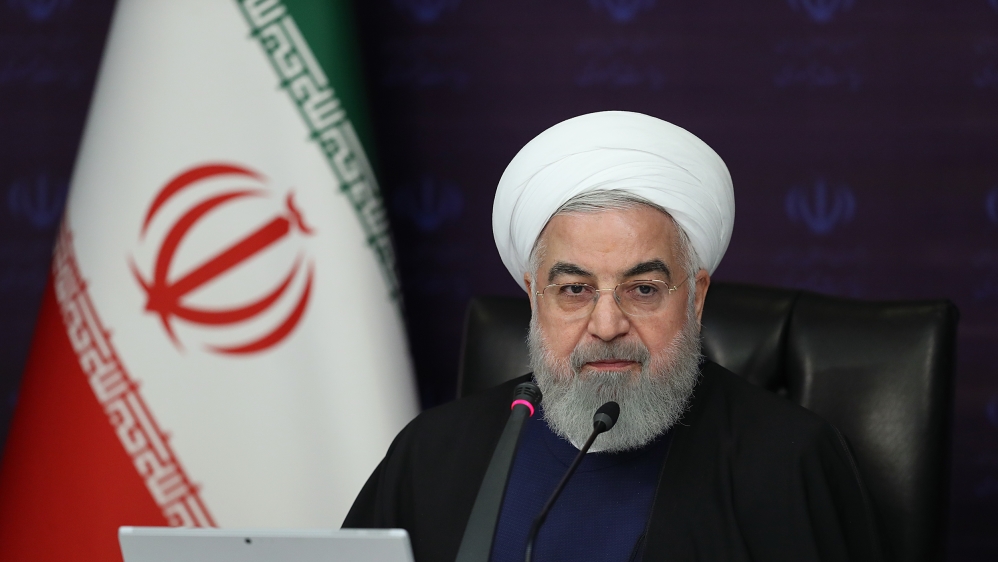 Iranian President Hassan Rouhani has hit back at criticism over the country's response to the coronavirus pandemic, saying he had to weigh protecting the country's sanctions-hit economy while tackling the worst outbreak in the region. Iran, one of the world's hardest-hit countries from the virus, reported 123 more deaths on Sunday in the past 24 hours, pushing…

Iranian President Hassan Rouhani has hit back at criticism over the country’s response to the coronavirus pandemic, saying he had to weigh protecting the country’s sanctions-hit economy while tackling the worst outbreak in the region.

Iran, one of the world’s hardest-hit countries from the virus, reported 123 more deaths on Sunday in the past 24 hours, pushing its overall toll to 2,640 amid 38,309 confirmed cases.

The president reacted on Sunday at criticism of its lagging response to the worst coronavirus outbreak in the region, which has so far infected 38,309 people in the Islamic Republic, and killed more than 2,600 others – according to data collected by Johns Hopkins University in the United States.

Rouhani described international outcry at the government’s handling of the COVID-19 outbreak in Iran as a “political war”, saying he had to weigh protecting the economy while tackling the virus, labelled a pandemic by the World Health Organization (WHO).

Leaders around the world are struggling to strike a balance between containing the pandemic and preventing their economies from crashing.

Speaking at a cabinet meeting, Rouhani said the government had to consider the effect of mass quarantine efforts on Iran’s beleaguered economy, which is under heavy US sanctions.

“This is not the time to gather followers,” he added. “This is not a time for political war.”

In May 2018, President Donald Trump withdrew the US from a landmark nuclear deal signed three years earlier between Iran and world powers. Washington has since imposed crippling sanctions on Tehran that prevent it from selling oil on international markets.

Iran has urged the international community to lift sanctions and is seeking a $5bn loan from the International Monetary Fund.

“At this crucial time, both for global public health reasons, and to support the rights and lives of millions of people in these countries, sectoral sanctions should be eased or suspended,” UN human rights chief Michelle Bachelet said.

In recent days, Iran has ordered the closure of nonessential businesses and banned travel between cities. But those measures came long after other countries in the region imposed more sweeping lockdowns.

Just over a week after saying he expected the measures taken to curb the spread of the coronavirus to be eased by early April, Rouhani warned on Sunday that “the new way of life” in Iran was likely to be prolonged.

“We must prepare to live with this virus until a treatment or vaccine is discovered, which has not yet happened to date,” he added.

“The new way of life we have adopted” is to everyone’s benefit, Rouhani noted, adding that “these changes will likely have to stay in place for some time”.

After the president’s warning, the reopening of schools following this year’s Persian New Year holidays of March 19 to April 3 appears unlikely.

On a positive note, Rouhani said he had been told by top health experts and doctors that “in some provinces, we have passed the peak [of the epidemic] and are on a downward trajectory”.