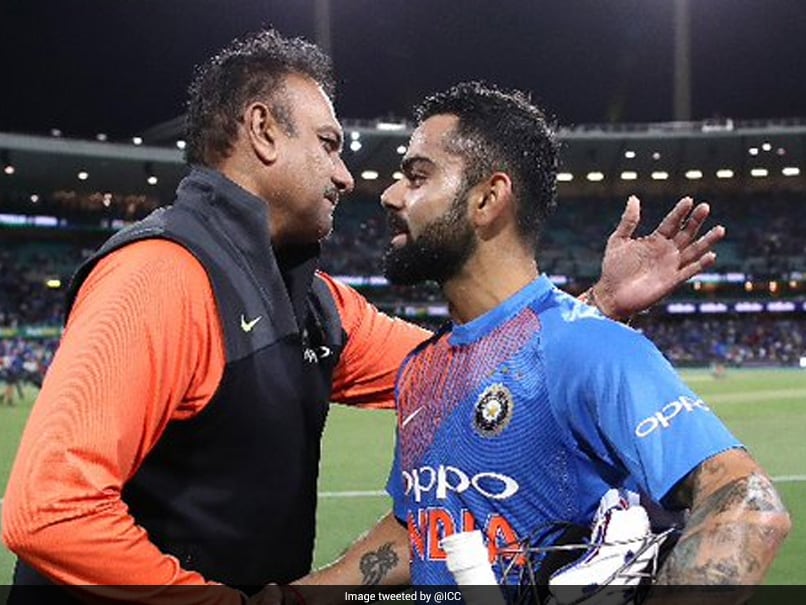 Ravi Shastri said Virat Kohli always leads from the front. © AFP Indian Cricket Team's head coach Ravi Shastri has called Virat Kohli the "boss" of Indian cricket and said the support staff is there to "take the burden off" the skipper. Batting maestro Kohli has been at the heart of India's world-record 12 Test…

Indian Cricket Team’s head coach Ravi Shastri has called Virat Kohli the “boss” of Indian cricket and said the support staff is there to “take the burden off” the skipper. Batting maestro Kohli has been at the heart of India’s world-record 12 Test victories in a row on home soil. “The captain is the boss, I always believe that. The job of the coaching staff, as far as I’m concerned, is to prepare the guys in the best possible way to be able to go out there and play brave, positive, fearless cricket,” Shastri said.

Shastri was speaking to former England captains Nasser Hussain and Michael Atherton and Rob Key during a Sky Cricket Podcast.

“The captain leads from the front. Yes, we are there to take off the burden but you leave him to do his job in the middle. The captain sets the tone and is encouraged to set the tone. In the middle, he controls the show.”

Shastri, who took over as the head coach in 2017, largely attributed India’s march to top of the ICC Test rankings to Kohli.

He also spoke about how Kohli’s relentless focus on fitness rubbed on to his teammates.

“When you talk about fitness, the leadership came from the top and that is Virat. He is not a guy to mess around.

“He woke up one morning and said ‘if I want to play this game I want to be the fittest player in the world and compete against the best in all conditions,’ and he let his body go through one hell of a lot.”

In recent years, Kohli is one of the very few regulars of the team to have played almost non-stop, across formats.

“It was not just the training but the sacrifices he made with his diet. I could see that change happening all the time. He got up one day and said ‘Ravi, I’m vegetarian!'”

“When he sets those standards, it rubs off on others,” he said.

“Test cricket for us is the biggest form. It’s the benchmark. We want to set standards,” Shastri also said.