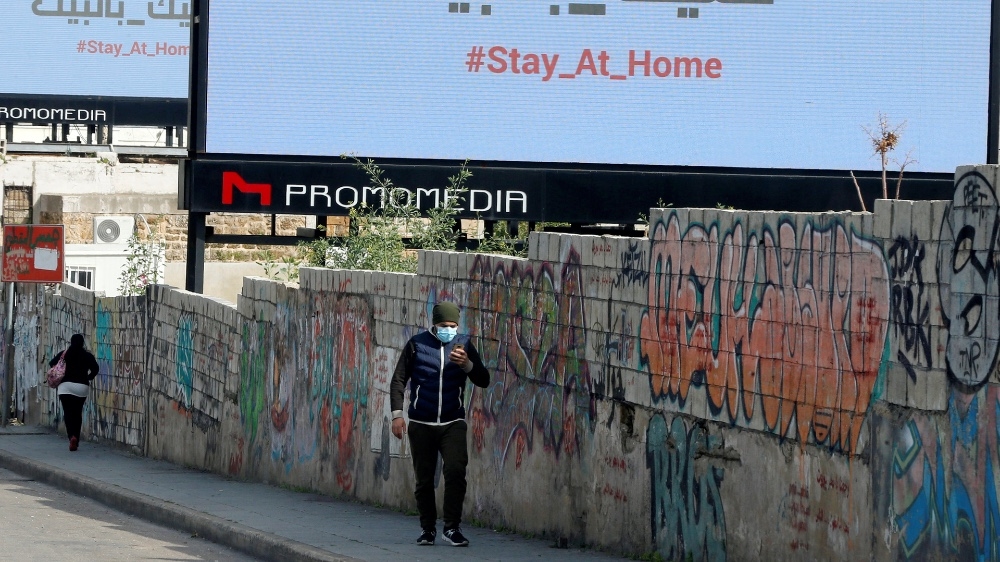 Beirut, Lebanon - Hospitals on the front lines of Lebanon's coronavirus outbreak have either turned away undocumented people or are setting prohibitively high costs for tests, leading them to fear for their health and wellbeing. Al Jazeera spoke with two former domestic workers of Ethiopian origin who sought testing at Beirut's Rafik Hariri University Hospital…

Beirut, Lebanon – Hospitals on the front lines of Lebanon’s coronavirus outbreak have either turned away undocumented people or are setting prohibitively high costs for tests, leading them to fear for their health and wellbeing.

Both said they were turned away because they did not have identification documents.

Many live-in migrant domestic workers in Lebanon are left without documents when they escape abusive employers, because of the pervasive practice of employers confiscating passports and IDs.

When asked for comment, a source at RHUH, who spoke on condition of anonymity due to the sensitivity of the matter, confirmed that the hospital’s policy was to turn away those without documents so long as they were not in need of emergency care.

“We must provide the state with the name of any person who we test, so that if it is positive we can inform both the state and the person. We can’t do that without a name,” the source said, adding that they could not rely simply on contact information.

“To be very clear, anyone who comes to us in an emergency condition and needs treatment will be given treatment, but if they are not an emergency case we can’t,” the source said.

Health Minister Hamad Hasan did not respond to a request for comment.

Meanwhile, an employee at the coronavirus ward of Beirut’s St George Hospital, one of the largest in the capital, told Al Jazeera that undocumented people would have to pay for testing themselves, at a cost of 750,000 Lebanese pounds (about $498).

It is a prohibitively high cost for people who struggle to pay for basic needs such as food and rent.

The employee said patients were first given blood and lung scans, then another more precise scan, and only then, if all indicators pointed towards the coronavirus, a COVID-19 test.

The test itself is available at some private clinics at a cost of about 150,000 Lebanese pounds (about $99).

As of Saturday, Lebanon recorded 412 cases of COVID-19, with eight deaths and 27 recoveries, according to government statistics. At the current rate, the number of cases is doubling every five to six days.

Tenteb, a 32-year-old former domestic worker who has lived in Lebanon for more than 10 years, told Al Jazeera she began feeling coronavirus-like symptoms – strong cough and headache – in early March.

“I got very scared, because I am living in a three-room apartment with 14 people,” she said, “all of them former domestic workers who either ran away from abusive employers or were laid off during Lebanon’s economic crisis.”

An estimated 250,000 domestic workers reside in Lebanon, coming from a host of African and Southeast Asian countries.

Most earned monthly wages equating to between $150 and $250 before Lebanon began its slide into economic and financial crisis in 2019.

The subsequent depreciation of the local currency by more than 40 percent has in turn slashed the value of their wages, and many Lebanese employers have cited the economic crisis as a reason to pay domestic workers late, or not at all.

Under the notorious kafala system, domestic workers cannot leave their employers without consent. This leads many to languish in abusive and difficult working conditions, while others decide to escape, effectively becoming illegal residents in Lebanon.

Escapees face imprisonment, fines and deportation if they are caught by authorities, and so many, like Tenteb, are left living in limbo.

Tenteb said only two of the 14 women at her residence, including herself, were still earning a salary before the coronavirus outbreak began in Lebanon in late February.

Now, both of them have been laid off due to a partial national lockdown aimed at stopping the spread of the virus.

She said she suspected her strong cough had led her employer to let her go, and she immediately sought testing for the coronavirus. But she was turned back from RHUH and was left to self-medicate with “antibiotics, vitamins and panadol”.

Tenteb still does not know whether she has COVID-19, and says that those she lives with have “thankfully not yet developed any symptoms”.

Mary, a former domestic worker who began experiencing symptoms last week, was turned away from the RHUH and was unable to afford a test at the St George Hospital.

Speaking on behalf of Mary due to a language barrier, Rosa, a 29-year-old Ethiopian woman who has lived in Lebanon for five years, said they had struggled to move from one hospital to another as Mary’s symptoms grew worse.

Rosa said they eventually paid for a coronavirus test at a hospital on the southern outskirts of Beirut. It came back negative.

“While that’s great, it’s not the most important point here,” Rosa said. “Ok, she’s foreign and has no papers, but this is a dangerous virus that Europe can’t even deal with.”

“How will Lebanon control this virus if they do this? This is more important than anything: documents, nationality, black or white. We all live here together in Lebanon. I don’t know how they think.”

Diala Haidar, a Lebanon campaigner at Amnesty International, told Al Jazeera that, under the human right to health: “Healthcare goods, facilities and services should be available and accessible to everyone without discrimination, especially to the most vulnerable or marginalised groups of the population, [including undocumented migrants].”

Lebanon has ratified the International Covenant on Economic, Social and Cultural Rights, which guarantees “the right of everyone to the enjoyment of the highest attainable standard of physical and mental health”, including the “prevention, treatment and control of epidemic, endemic, occupational and other diseases”.