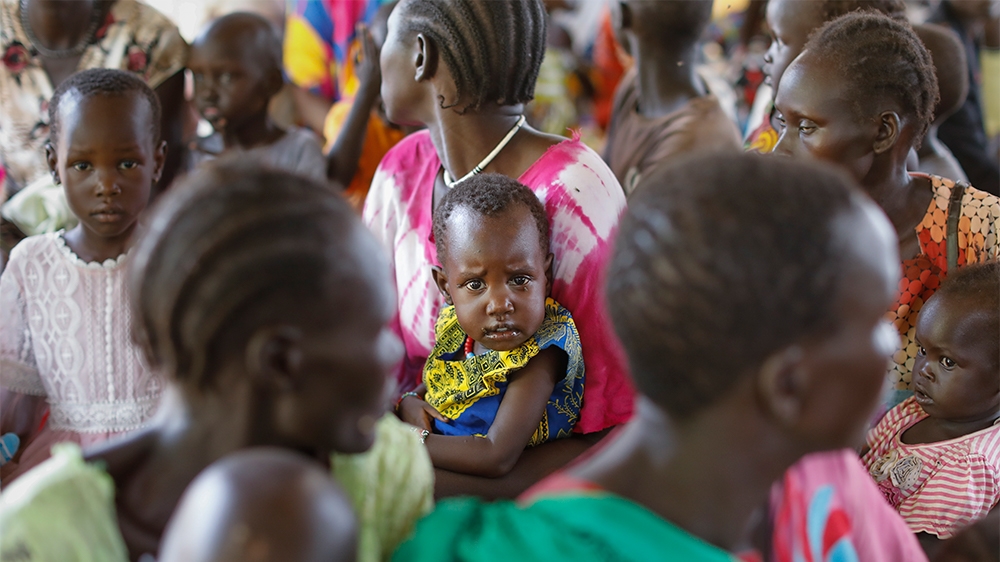 Scary, distressing, catastrophic: A bleak assessment by experts, humanitarians and epidemiologists on what a severe coronavirus outbreak would look like in countries across Africa sheltering millions of refugees and other vulnerable people. The virus that swept across the globe has infected more than 660,000 people and killed some 30,000 since it was detected in China late last year.…

Scary, distressing, catastrophic: A bleak assessment by experts, humanitarians and epidemiologists on what a severe coronavirus outbreak would look like in countries across Africa sheltering millions of refugees and other vulnerable people.

The virus that swept across the globe has infected more than 660,000 people and killed some 30,000 since it was detected in China late last year. In Africa, the confirmed figures are still fairly low – but on the rise. As of Saturday, 3,924 infections and 117 deaths had been reported across 46 of the continent’s 54 countries.

As the rapidly spreading virus gains ground, aid groups warn of the potentially disastrous consequences of a major outbreak of COVID-19, the highly infectious respiratory disease caused by the new coronavirus, in places where healthcare systems are already strained and not easily accessible to large segments of the population.

Lack of funding and years of fighting have gutted critical infrastructure in several parts of the continent, which could leave many countries unable to respond to a surge in infections, said Crystal Ashley Wells, regional spokeswoman for the International Committee of the Red Cross (ICRC) in Nairobi.

For example, in South Sudan, where more than 1.6 million people are internally displaced, it often takes people hours, even days, to reach healthcare facilities, and the leading cause of death is “often preventable: treatable diseases like malaria and diarrhoea”, Wells told Al Jazeera.

“We have surgical wards right now that are full of patients recovering from gunshot wounds,” she said. “Then you have this healthcare system that has suffered from decades of under-investment and then conflict that has basically left people with little healthcare at best.”

Some of the internally displaced in South Sudan have found refuge in overcrowded camps inside UN peacekeeping bases.

“They’re literally living surrounded by walls and barbed wire” in tents that are only inches apart, Wells said.

So far, war-scarred South Sudan is one of the few African countries that has not had any confirmed cases of COVID-19, and the government has introduced drastic measures aimed at reducing the risk of spread, such as suspending all air travel and barring public gatherings.

But Wells said the risk is still there: “It’s a pretty scary picture to think about – about what a disease like this could do to an already very fragile healthcare system.”

In the neighbouring Democratic Republic of the Congo (DRC), where 58 cases have been confirmed to date, COVID-19 has largely been contained in the capital, Kinshasa – unlike past outbreaks of diseases such as Ebola, which struck remote areas.

“Today, it’s possible to handle sick patients because the number of patients has not yet exploded,” said Jean Paul Katsuva, an epidemiologist working on the COVID-19 response in Kinshasa, a city of 12 million people.

But the general feeling is one of anxiety – especially as people watch countries better-equipped than the DRC struggle under the weight of the pandemic. Serious help is needed, Katsuva said, for “a population that is already in distress because of this situation in which the future is unclear”.

The contagious nature of the coronavirus, coupled with its ability to cause severe illness, has also sparked fears over what could happen if it reaches densely populated refugee camps.

A country that is of particular concern is Burkina Faso, which has registered the most confirmed cases in West Africa – 180 – and nine deaths. An impoverished country of some 20 million people, Burkina Faso has been gripped by an escalating and complex conflict that has caused “explosive displacement” over the past year, according to Wells.

“There are about 765,000 people displaced,” she said. “It’s up by more than 1,200 percent since 2019 … and it’s expected to continue to rise. Security and access to these communities is also really challenging for humanitarian workers.”

On the other side of the continent, Kenya has 38 confirmed cases to date – but none among refugees. “We would love to keep it that way,” Eujin Byun, a spokeswoman for the UN refugee agency (UNHCR) in Kenya, told Al Jazeera.

The East African country is home to two major camps: Dadaab, near the country’s eastern border with Somalia, had a population of nearly 218,000 refugees and asylum seekers at the end of February, and Kakuma, in the northwest near the borders with South Sudan and Uganda, counts more than 190,000 refugees.

Byun said having so many people living in close proximity is one of the major risk factors for the spread of the virus, while ensuring that refugees have access to clean water and soap – two of the most effective weapons against it – is critical.

UNHCR has altered its operations in the camps to try to avoid gatherings, Byun said. For example, to reduce the contact between residents and humanitarian workers, it plans to distribute two months’ worth of food rations at once, whereas in the past, they were distributed monthly or every two weeks.

The agency has already stopped sending outside missions into the camps to prevent a potential spread of the virus. Staff already in the camps will remain there to provide essential, life-saving services – and they have access to mental health support, Byun said.

Information is also being sent to residents via mobile phone apps such as WhatsApp, she added, to limit social gatherings and “to reduce fear and panic in the refugee camp and prevent any kind of misinformation”.

Ninety beds are available inside the Dadaab camp itself to accommodate coronavirus patients, while 25 beds are set up in Kakuma, Byun said. COVID-19 isolation facilities are also set up in nearby Kenyan host communities, and both refugees and residents will have access to them.

“We’re not doing this in a silo; we have to communicate and coordinate with the local authority,” Byun said, adding that UNHCR welcomed the Kenyan government’s decision to include refugees and asylum seekers in its national plan to combat COVID-19.

Indeed, UNHCR on Wednesday launched a global appeal for $255m to respond to the coronavirus in refugee camps and other vulnerable areas, as part of a wider humanitarian relief plan seeking $2bn.

“We must come to the aid of the ultra-vulnerable – millions upon millions of people who are least able to protect themselves,” UN Secretary-General Antonio Guterres said, calling for stronger coordination to ensure the more vulnerable countries get the support they need.

On Thursday, the Red Cross called for $823m “to help the world’s most vulnerable communities” stop the spread of COVID-19 and recover from the pandemic. That includes migrants and displaced people, homeless people, and those living in disaster-prone areas, among others.

But just how much donor countries will be able to contribute to those funding drives remains an open question. Most governments are struggling to stave off an economic crisis within their own borders and to support their citizens, many of whom have lost their jobs, through the pandemic.

In that context, “governments are going to face some really difficult decisions between allocating scarce resources to their own population and the refugee camp”, said Sally Hargreaves, assistant professor in global health at the Institute for Infection and Immunity at St George’s University of London.

“Refugees will be the ones that are sidelined in all of this as the governments move towards supporting their own population as best [as] they can,” she said.

Hargreaves told Al Jazeera that refugees and IDPs must be included in national COVID-19 plans because they are vulnerable and risk being disproportionately affected by the pandemic. She said it is going to take a significant international effort – and investment – to make sure these groups are not left behind.

“We can’t forget about them. We can’t leave them to fend for themselves,” said Hargreaves. “We need to make sure governments prioritise them – not just their own populations – and [that] they’re funded and supported in doing it.”