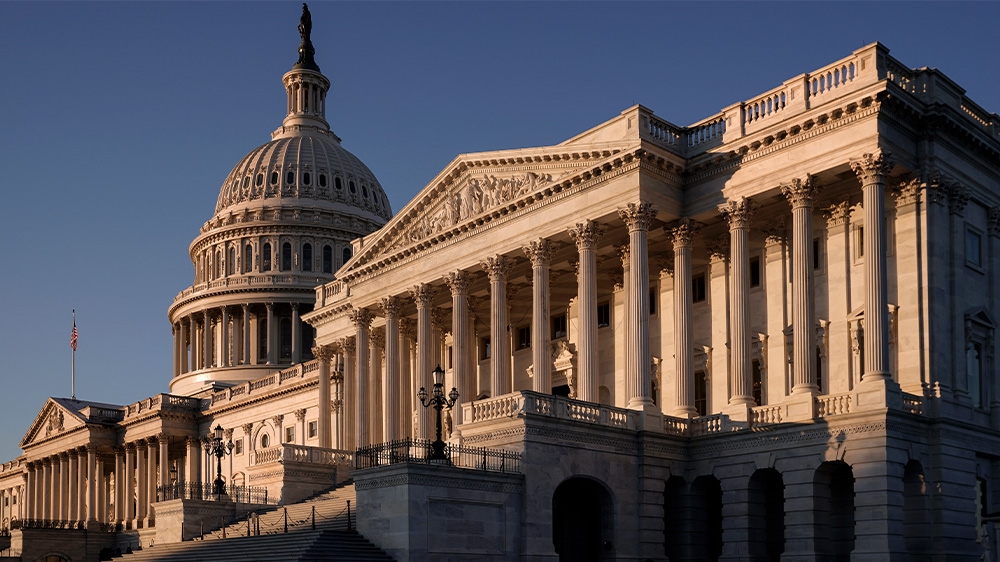 Washington, DC - United States President Donald Trump on Friday signed a massive $2.2 trillion economic rescue bill to help lift the economy and address the coronavirus pandemic.  His signature came after the Democratic-led House of Representatives approved the sweeping package by a voice vote earlier in the day, despite a procedural challenge from Republican…

His signature came after the Democratic-led House of Representatives approved the sweeping package by a voice vote earlier in the day, despite a procedural challenge from Republican Representative Thomas Massie, who wanted a formal recorded vote.

The bill had passed the Republican-led Senate on Wednesday with overwhelming bipartisan support in a 96-0 vote.

“We are taking care of our people,” Trump said this week, referring to the bill.

The bill is the largest rescue package in US history. Addressing the economic fallout from the coronavirus pandemic, the legislation offers direct payments to most Americans and special financing for big and small businesses.

“This is a pandemic that we haven’t even seen for over 100 years in our country. It’s really such a tragedy. So we had to take important action that puts families first and workers first and that’s what we did,” House Speaker Nancy Pelosi said earlier this week.

Pelosi said Congress would likely take up additional legislation in the coming weeks to respond to the evolving challenge of the coronavirus, which has so far infected more than 85,000 people and killed more than 1,300 people across the US. “Next, we’ll go from emergency mitigation to recovery,” Pelosi said.

Federal agency leaders scrambled this week to develop plans to implement the new legislation, anticipating urgent demands for help from millions of people and businesses.

The coronavirus crisis has left US businesses flattened by lost business and state-mandated closures. An estimated three million small businesses will need special financing to survive and more than three million workers lost their jobs in just the past week.

As of Friday, there were more questions than answers about how the federal funding will work. Agencies cannot offer authoritative guidance on the new programmes until Trump signs the bill into law.

New York State, which has recorded more than 44,000 confirmed COVID-19 cases, has been hit the hardest in terms of the scale and effects of the virus.

New York Governor Andrew Cuomo warned on Thursday that the newly approved federal funding for states would not be enough to cover the need in New York, where hospitals are already being overwhelmed with patients.

“The congressional action, in my opinion, simply failed to address the governmental need,” Cuomo told reporters at a news conference earlier this week.

New York estimates it will lose $10bn to $15bn in revenue because of the economic slowdown. The state would receive $5bn from the federal rescue bill passed by Congress but only for COVID-19 response, not lost revenue, Cuomo said.

State and city authorities around the US were working this week to build capacity at hospitals with more beds and respirators.

Meanwhile, Dr Deborah Birx, the White House coronavirus response coordinator, said on Thursday that incoming data from South Korea and Italy suggests projections of fatalities in the US may be less catastrophic than previously thought. White House officials are discussing how to ease travel and business restrictions for areas of the country less affected by the virus.

“What we are trying to do is utilise a laser-guided approach rather than a horizontal approach,” Birx said.

Trump has said he wants to reopen the country for business by April 12, despite warnings from health experts, including some within his administration, who say the US has yet to experience the worst of the pandemic.

What is in the legislation?

The Committee for a Responsible Federal Budget, a non-profit group that tracks US budget deficits, scored total spending under the rescue bill at approximately $2.3 trillion.

Here is a look at where most of the money will go, according to the budget watchdog: