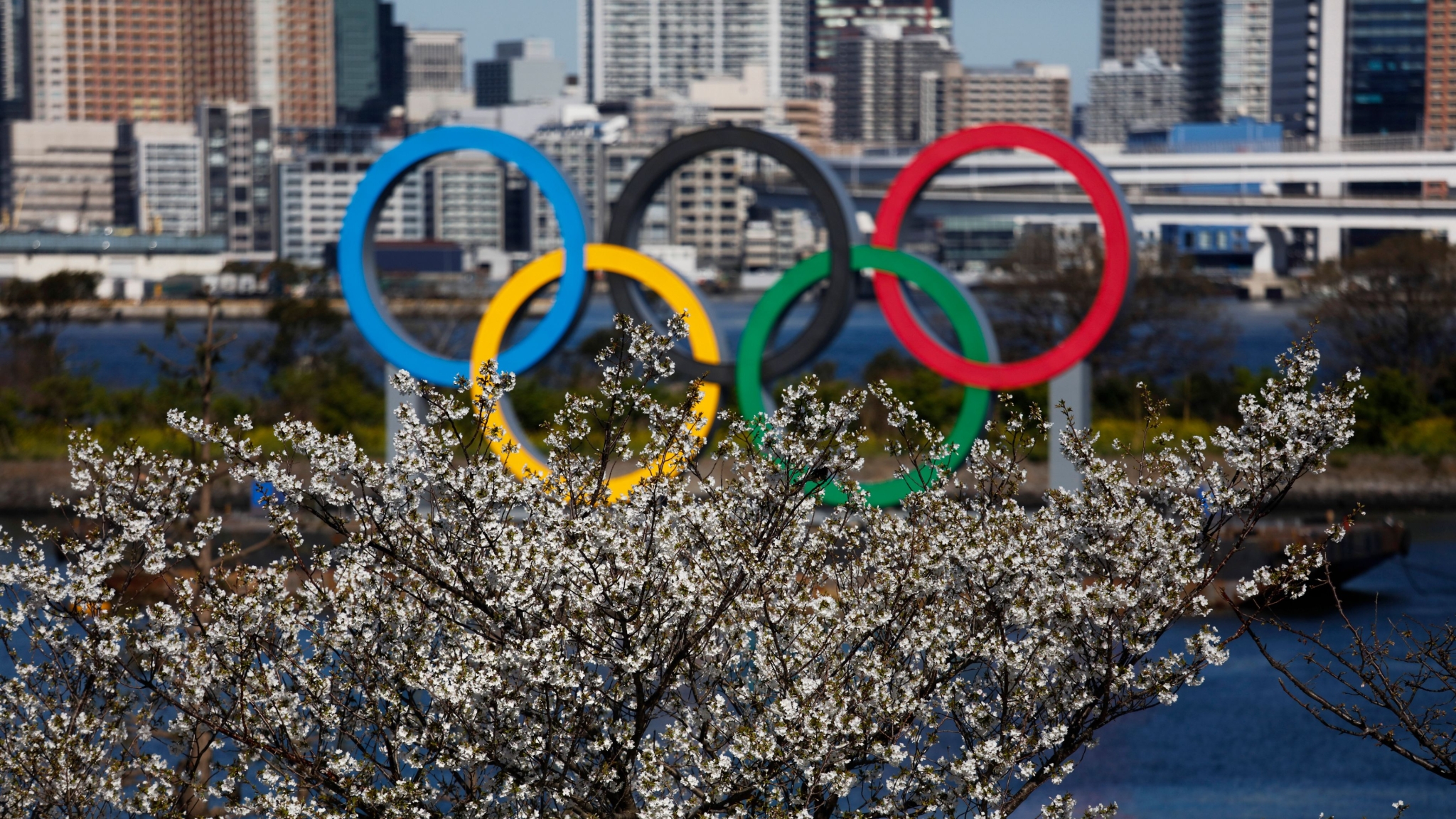 Tokyo Olympics FAQs: New Dates? Tickets Valid? Qualification?SHARE, SAVE, COMMENT A look at some of the big questions after the postponement of the 2020 Tokyo Olympics.(Photo: AP)Stephen WadeUpdated: 07H 04M AGOThings began to unravel this week when the Tokyo Olympics were postponed until next year — a decision announced by Japanese Prime Minister Shinzo Abe… A look at some of the big questions after the postponement of the 2020 Tokyo Olympics.(Photo: AP)

Things began to unravel this week when the Tokyo Olympics were postponed until next year — a decision announced by Japanese Prime Minister Shinzo Abe in a joint agreement with IOC President Thomas Bach.

The Olympic behemoth involves 11,000 Olympic athletes and 4,400 Paralympic athletes. Add to this 206 national Olympic committees, dozens of summer sports federations, thousands of contracts, and billions of dollars. There are 33 Olympic sports to consider, 42 venues (43 if you count one used only for the Paralympics), qualifying events around the globe, and 5,000 apartments in the Athletes Village — some of which have already been sold.

Then there’s the matter of hotel and flight reservations, and again lining up 80,000 unpaid volunteers. The Olympics can’t run without them. So a few questions are hanging.

No dates yet. The International Olympic Committee and Japanese organizers have this as the top priority. They need firm dates to start planning, just as the athletes do to schedule training. John Coates, the Australian member who heads the IOC inspection team for Tokyo, told the Japanese newspaper Yomiuri that the games were likely to be held in July and August. That was also the plan for 2020: July 24-Aug. 9. Organizers have said there are no plans to move the marathons back to Tokyo. They were moved to Sapporo to avoid the summer heat and seem sure to stay there.

Moving to spring is possible, but problematic, and Bach has left the door open to this. But the Olympics in the Northern Hemisphere spring would clash with a full schedule of North American sports and European soccer. It would also leave little time for qualifying events.

What about people who have bought tickets? About 7.8 million are available. Demand is Japan is 10 times over supply.

Ticket sales are expected to raise about $1 billion for the local organizers. So this is a giant item. All tickets have a “force majeure” clause, which might get organizers off the hook of paying refunds if the coronavirus is deemed to be “beyond Tokyo 2020’s reasonable control.”

“We don’t have a final conclusion about what our policy will be,” Tokyo CEO Toshiro Muto said. “As much as possible, we want to make sure that people who have already bought tickets will get special consideration.”

Q: What will the postponement cost the organisers?

Estimates suggest between $2-3 billion. Muto said this week: “Additional expenses are going to be quite massive, we assume.” Contract language in the Host City Contract strongly favors the IOC, so expect the Japanese taxpayers to foot most of the bill.

Local organizers and Japanese government bodies say they are officially spending $12.6 billion to put on the Olympics. However, a national government audit report in December put costs at twice that much. When Tokyo won the Olympic bid in 2013, it said the games would cost $7.3 billion. Private-sector money makes up $5.6 billion of today’s total budget. The rest — whatever the grand total — is public money.

The Switzerland-based IOC has contributed $1.3 billion to finance the Tokyo Olympics, a small fraction of the total cost. The IOC had income of $5.7 billion for the last four-year Olympic cycle (2013-2016). Almost three-quarters of the income is from selling broadcasting rights, with another 18% from sponsors. The IOC also has a reserve fund of about $2 billion, and insurance to cover losses.

Where is the Olympic flame that arrived from Greece on March 12?

It’s in Fukushima prefecture, the northeastern region of Japan that was devastated by the 2011 earthquake, tsunami, and the meltdown of three nuclear reactors. The flame is being stored in a small lantern. The last public display was Wednesday in that prefecture. The original torch relay was to have begun from there this week. It’s unclear how long the flame will stay there. It could remain for a year and be the focal point for games next year. Or it could move to Tokyo. Wherever it is, it will be the center of a public-relations campaign linked to the Olympics, Japan’s rescheduling, and a hoped-for victory over the coronavirus.

What will next year’s Olympics in 2021 be called?

It will still be the Tokyo 2020 Olympics. The logo and all the merchandise are expected to remain unchanged. Any switch would have required replacing enormous amounts of advertising and products. A change would have also created a massive market for Tokyo 2020 material — the Olympics that didn’t happen. The medals will also stay the same. These are the first games postponed in the modern era, dating from 1896. Olympics were canceled during wartime in 1916, 1940 and 1944. The 1940 Olympics were to have been in Tokyo.

What will happen to the Athletes Village?

The sprawling site on Tokyo Bay — 5,632 apartments — will be sold off after the Olympics. Reports say about one-quarter of the units have already been sold. Some units will cost more than $1 million. One of the developers, Mitsui Fudosan Co., said it has suspended sales at the complex, which will include 23 buildings. It’s not clear how this will be worked out. But officials say they plan to use the village and not shift to hotels.

Did the postponement damage the IOC’s image?

Yes and no. The IOC has survived numerous scandals, and nearly went under because of the 1980 Moscow boycott. And few recall that Tokyo and 2016 Rio de Janeiro Olympics were both soiled by voting-buying scandals that forced the resignations of their delegation leaders and IOC members: Tsunekazu Takeda in Japan and Carlos Nuzman in Brazil.

Bach’s flip-flop was there for all to see. At an IOC executive board meeting earlier this month, Bach said neither the word “cancellation” nor “postponement” were ever mentioned. Bach was accused of being “tone deaf” at best.

Even last week in a teleconference call, Bach said the Olympics were on. This is when athletes and national Olympic committees started to speak out. IOC member and four-time gold medalist Hayley Wickenheiser of Canada broke ranks and said going ahead was “irresponsible.” Next the Canadian and Australian national Olympic committees said they would not go. The biggest mover was Australia, headed by Bach ally John Coates. In the end, Abe was cast as having made the postponement proposal, thus saving face.

Despite its problems, the IOC will survive as long at it makes broadcasters and sponsors happy. Broadcasters make up 73% of IOC income, and sponsors add 18%. Few will grumble openly since they are in it for the long-term with Winter and Summer Olympics already lined up for: Beijing (2022), Paris (2024), Milan and Cortina d’Ampezzo (2026), and Los Angeles (2028).

(The story has been published in arrangement with AP)

We’ll get through this! Meanwhile, here’s all you need to know about the Coronavirus outbreak to keep yourself safe, informed, and updated.

(Make sure you don’t miss fresh news updates from us. Click here to stay updated)