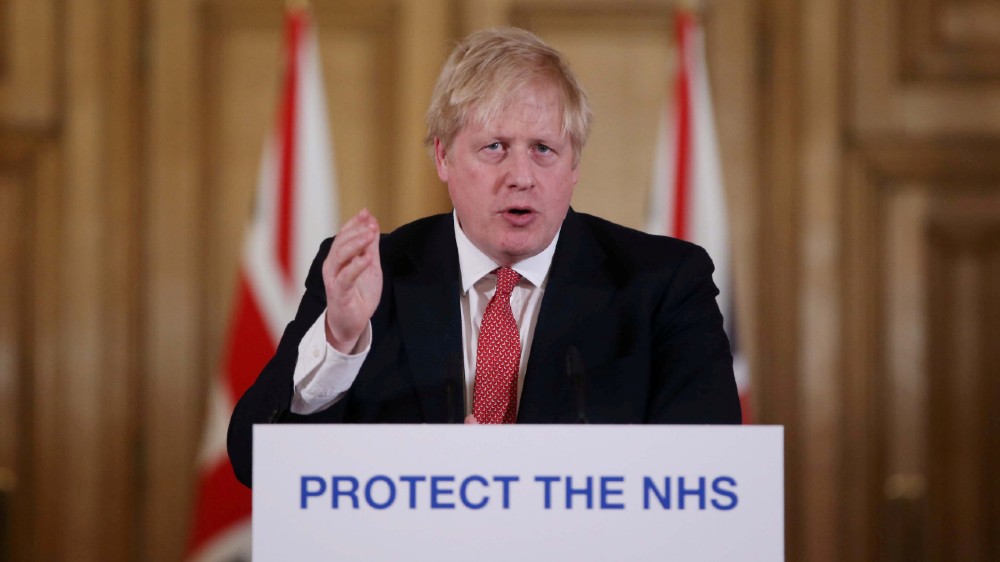 “Over the last 24 hours I have developed mild symptoms and tested positive for coronavirus,” Johnson announced on Twitter on Friday.

“I am now self-isolating, but I will continue to lead the government’s response via video conference as we fight this virus.”

A Downing Street spokesman said Johnson, 55, experienced mild symptoms on Thursday – a day after he attended the prime minister’s weekly question time in the chamber of the House of Commons.

“The prime minister was tested for coronavirus on the personal advice of England’s Chief Medical Officer, Professor Chris Whitty,” the spokesman said, in a statement emailed to Al Jazeera.

“The test was carried out in No 10 by NHS staff and the result of the test was positive,” the spokesman added.

“In keeping with the guidance, the Prime Minister is self-isolating in Downing Street.”

In early February, as the UK took a different approach to much of the rest of Europe in its handling of the crisis, Johnson said he was continuing to shake hands with people – even in a hospital in which he said there were patients being treated for coronavirus infections.

Three weeks later, the country was placed in a state of near-lockdown, with movement restricted and all but “essential workers” advised not to leave their homes.

Over the last 24 hours I have developed mild symptoms and tested positive for coronavirus.

I am now self-isolating, but I will continue to lead the government’s response via video-conference as we fight this virus.

Together we will beat this. #StayHomeSaveLives pic.twitter.com/9Te6aFP0Ri

“By some distance, Boris Johnson is the most important world leader to have announced he’s contracted the virus,” said Al Jazeera’s Laurence Lee, reporting from London.

“The coronavirus has its epicentre in London – whch is the epicentre of the country – and within that it has actually been centred around Westminster. Several people in Whitehall have all said they have got it, and Boris Johnson has obviously been in regular contact with all these people every day. So on one level, you can look at this and say ‘wow, the prime minister has coronavirus, that’s amazing’, but on another, it’s quite expected and not much of a suprise.

“He managed to get through a two-minute video on Twitter without coughing once, which is pretty amazing given an uncontrollable cough is one symptom.

“It would probably be the foreign secretary, Dominic Raab, but it doesn’t look that serious, unless it gets a lot worse very quickly,” said Laurence Lee.

“Governments are doing business by videoconference nowadays anyway, so I suspect this is not going to be any different – the health secretary, Matt Hancock, is likely going to self-isolate too, as he’s been the only cabinet minister holding any sort of daily discussion with Boris Johnson – so it would be unsurprising if he announces in the next few days that he has contracted it.

“And then there is the public response – a couple of days ago, Prince Charles announced he had tested positive for the virus, and a lot of people then asked how come he got tested, when doctors and nurses weren’t able to get tests. And a lot of people on Twitter are now making exactly the same point – how come Boris Johnson got a test and other people didn’t?”