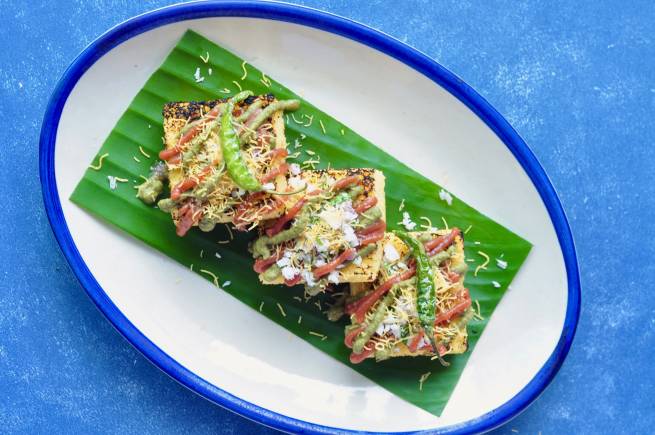 On March 25, as news filtered in of Chef Floyd Cardoz’s tragic death due to COVID-19, it left the Indian and American culinary worlds reeling.Chef Cardoz was the genius brain behind iconic restaurants — The Bombay Canteen (TBC) and O Pedro in Mumbai, Tabla and Paowala in the US. Known as one of the leading…

On March 25, as news filtered in of Chef Floyd Cardoz’s tragic death due to COVID-19, it left the Indian and American culinary worlds reeling.

Chef Cardoz was the genius brain behind iconic restaurants — The Bombay Canteen (TBC) and O Pedro in Mumbai, Tabla and Paowala in the US. Known as one of the leading lights of India Modern cuisine, his imaginative blend of regional Indian cuisine, home recipes and indigenous ingredients and spices helped focus spotlight on dishes that no one had ever heard of outside a specific region. Delicacies such as Gharbandi Bhakri Taquito, Moras Bhaji Falafel, soft-shell crab and Phodshi. 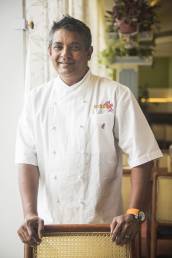 A multiple James Beard Award nominee for his three Michelin-starred restaurant Tabla, Chef Cardoz went to culinary school in Mumbai before studying at the Global Hospitality Management School at Les Roches in Switzerland. He competed on Top Chef, won Top Chef Masters, and authored two cookbooks, Once Spice, Two Spice and Flavorwalla. In 2008, he launched a line of ready-to-cook entrees in collaboration with the online grocer Fresh Direct in the US.

But it was for his restaurants – Tabla in New York, The Bombay Canteen in central Mumbai and O Pedro in BKC for which he was most known. The Mumbai restaurants are often rated among India’s best-known restaurants on several lists, including ‘The World Best Restaurants’ list.

Five years ago, Chef Cardoz got together with Mumbai-based Sameer Seth and Yash Bhanage, friends and Cornell University graduates, to set up a restaurant that would redefine how Indian food is cooked and served. Chef Cardoz had already enjoyed success in New York with his restaurant Tabla, which adopted a novel approach to Indian food. He was a partner in The Bombay Canteen, O Pedro and Bombay Sweet Shop which is what brought him to Mumbai in March this year. Seth, who met him in New York, has said, “We were looking to fill the gap that existed between traditional Indian cuisine and contemporary or modern cuisine and Chef Cardoz’s vision fitted right in.”

Bombay Canteen celebrated wholesome Indian cooking, using Indian ingredients and spices that were either confined to home cooking in different parts of India.”

In his interviews to me, Chef Cardoz has often said that he wanted to rediscover and reinvent regional Indian food in new ways. So when Seth approached him, he was more than game. He spent almost a year travelling across India, scouring local recipes and ingredients to create a menu that is ‘fun, Indian, regional.’ There was a hint of nostalgia, of course, but there was also the adventure, “the thought of adopting different approaches.” It is what Chef Cardoz had done with Tabla ten years ago, but in exciting new ways, with newer recipes and rediscovered ingredients. At The Bombay Canteen (TBC), initially, the central focus was hyperlocal and vegetables, meats and fish were sourced strictly from within a 150-mile radius. After a while, he expanded the restaurant’s ambit to entire India as he travelled deeper. TBC rustled up a salad of Lal bhaji, beetroot and paneer rather than the ones popular, and used sesame and mustard oil instead of olive oil. “My idea is to make food more sustainable, to rediscover Indian ingredients such as Kashmiri morels and local rice varieties from states like Goa and Chattisgarh,” he has said.

Somewhere down the line, Chef Cardoz, who lived between New York and Mumbai, decided to hire a resident chef in his own “with great technique and an understanding of authentic Indian food.” He found one in Chef Thomas Zacharias, who interestingly cut his teeth on European cuisine, having worked with Chef Manu Chandra in India. Chef Zacharias, who ultimately headed TBC kitchens in his absence, said, “He encouraged me to travel across India, hone my understanding and techniques, meet people, chefs, home cooks, and learn the cuisine thoroughly before attempting to reimagine it.”

Among the dishes, Chef Cardoz revived is Kejriwal Toast, a Wellington Gymkhana classic. The fried egg atop toast generously slathered with melted cheese was a nod to the famous dish named after a former Willingdon Club member, Devi Prasad Kejriwal, who requested an egg-and-cheese toast cooked his way so frequently that they put it on the menu and named it after him. “What endeared all of these dishes to our guests, I believe, is our approach of working not just with recipes but with flavours that they associated with the food they ate at home and flavours that they grew up tasting” Chef Cardoz once said. He also drew from his Sindhi wife’s home recipes, such as arbi tuks, which he liked for its crispy texture and sweet and sour flavour balance. 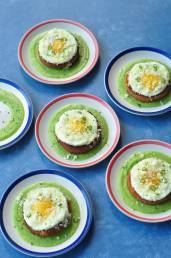 Many restaurants followed in the wake of TBC’s success, but the number of regional cuisines that TBC highlighted, from Tamil Nadu right up to Odisha, was staggering. That was pretty much the case with O Pedro, a restaurant dedicated to Goan cuisine, where he revived moribund recipes from the state. “The vision for O Pedro was to go deeper into the cultural context of Goan cuisine. I feel said that Punjabified food has taken over the authentic regional cuisine in Goa,” Chef Cardoz had rued in one of his interviews with me.

Chef Hussain Shahzadhad, who was chosen to lead O Pedro, said he travelled extensively across Goa with Chef Cardoz, who brought the same lens of his innovative approach to Indian cuisine to the restaurant.

“Goa is more than just charcuterie, vindaloo and kings beer,” Chef Cardoz said on the opening of O Pedro. “Pickling, for instance, was big in Goa and so was a technique by which they smoked sausages. We discovered an exciting dish called Arroz, a Portuguese rice dish.” But O Pedro was more than Portuguese. It also had cuisines of Saraswat Brahmins and Ponda Muslims two major communities in the state.

From Goa to New York, via Mumbai

Chef Cardoz spent part of his childhood in Goa and his teenage years in Bandra, in Mumbai. In his essay Floyd’s Canteen in the book, Chillies and Porridge, by Mita Kapoor, he said that his food philosophy is inspired by his childhood days in Goa. He remembers his grandmother baking poee (Portuguese bread made from wheat flour and bran), chicken curries using, well, fresh chicken from their backyard, or the flavourful pork sorpotel, and used absolutely the freshest of fruits, from guavas to jackfruit in her cooking. That’s where he draws inspiration for his locavore food philosophy, he has often said, crediting his mother, grandmother and great-grandmother for all the early food influences. To him, farm-to-fork was a reality of his childhood not just in Goa but even in Mumbai. In Mumbai, his favourite haunts were A1 Bakery, Wanton House and Hearsch Bakery, besides kheema pav at Yacht and not to mention the butcheries where he could buy fresh meat. “A day at the Cardoz home would start with mom and Ermine planning the day’s menu; Ermine would then go to the market with a grand shopping list. My entire focus for the day was what was going to be on the menu for my two meals! Early each day, local Kolis would walk our neighbourhood, hawking the day’s fresh catch. Every home would bargain and try to get the best price. I was always on the lookout for shrimps, crabs, mackerels and cockles knowing that one of them would be hitting our table that day,” he wrote. “The one constant was that our food was always local and seasonal.”

Chef Cardoz, who was studying for masters in biochemistry, often held that the book Arthur Hailey’s Hotel changed his life. He decided he wanted to work in luxury hotels, drawn by their glamour, and enrolled to study hotel management at IHM. But then he discovered he could cook well enough to be a chef and so, in 1986, he flew to Switzerland to study at Global Management School at Les Roches.

He picked up skills as a junior chef at local restaurants. But in 1987, Chef Cardoz decided to head back home, to apprentice at The Taj Mahal Intercontinental Hotel (now The Taj Mahal Palace, Mumbai), and then work as Sous Chef at The Oberoi Mumbai. In 1988, he travelled to New York for his brother’s wedding and never returned home, except for occasional holidays, till five years ago he opened TBC and spent far more time travelling to “innards of the country”.

Of his life in New York, Chef Cardoz has said, “I began with a job at the Indian Café on the Broadway, which led to bigger and better things.” Those included a job as Sous Chef at the famous restaurant Raga, Executive Sous Chef at Lespinasse at St Regis, New York, and then Executive Chef at Tabla.

Interestingly, Chef Cardoz had credited Chef Gary Kunz, a Singapore-born Swiss restaurateur based in New York, for giving him the freedom to introduce Indian regional dishes at Lespinasse. “The more I cooked, the more I started to play with Indian ingredients and the more innovative Indian dishes I put on the table.”

In 1997, he moved on, to establish Tabla with restaurateur Danny Meyer, where he further honed his food philosophy. It, unfortunately, shut in 2010. “We fought for nearly 13 years trying to fill 280 seats with food that is tightly focused but the worldwide recession pulled the rug from beneath our feet,” he had said. But New Yorkers still speak about it in awed tones. In 2016, he opened another restaurant, Paowala, which he renamed as Bombay Bread Bar. Critics have always had nothing but good things to say about the chef. The famous The Times critic Pete Wells recalls that a lot of the menu was made up of small plates, the first for Indian food. “The melting roasted bone marrow was a terrific spread on a sliced pan and drizzled with thrilling chutney of fresh herbs and curry leaves. Potato fritters were sandwiched between halves of pao in a fun evocation of wada pao.”

In mid-2019, Chef Cardoz had to close down even Paowala. Christ Crowley, a writer with New York Magazine says that “the restaurant didn’t stick enough for today’s New York”. Unlike Mumbai, where his restaurants continue to lead the tribe of fine dine restaurants, wooing connoisseurs and junta alike.

Deepali Nandwani is a journalist who keeps a close watch on the world of luxury.

Time to show-off your poker skills and win Rs.25 lakhs with no investment. Register Now!