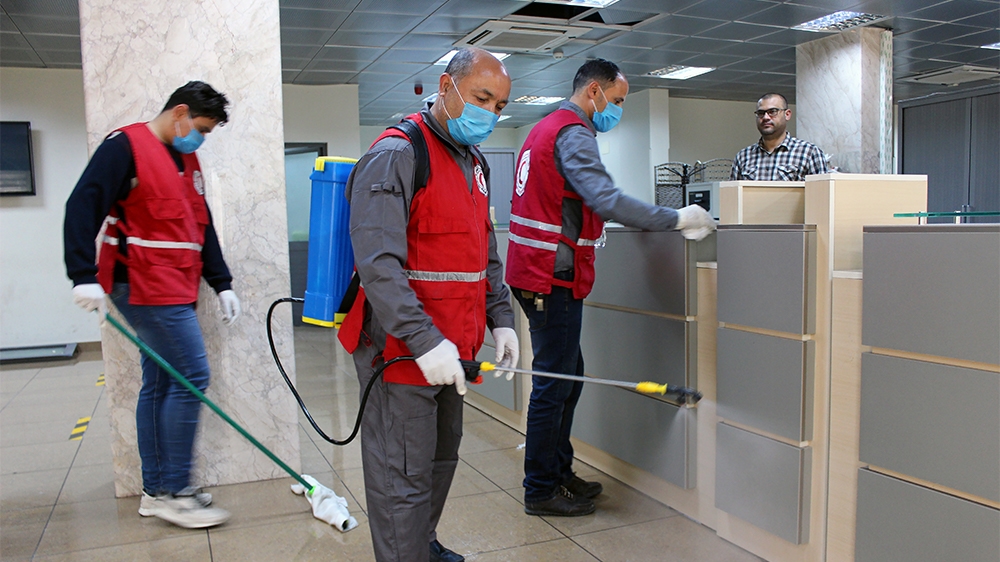 Health authorities in war-torn Libya have confirmed the first case of the new coronavirus in the country amid a weeks-long oil blockade that has slashed funding to a healthcare system already gutted by years of conflict. Ehmed Ben Omar, the health minister of the internationally-recognised Government of National Accord (GNA), confirmed Libya's "first contamination" in a…

Health authorities in war-torn Libya have confirmed the first case of the new coronavirus in the country amid a weeks-long oil blockade that has slashed funding to a healthcare system already gutted by years of conflict.

Ehmed Ben Omar, the health minister of the internationally-recognised Government of National Accord (GNA), confirmed Libya’s “first contamination” in a brief statement late on Tuesday.

“The necessary measures have been taken to treat [the patient],” Ben Omar said.

The National Centre for Disease Control identified the patient as a 73-year-old man who had returned from a trip to Saudi Arabia via Tunisia on March 5. It said he is now receiving medical treatment for his fever and cough in isolation at a healthcare facility in the capital, Tripoli.

More than 425,000 people worldwide have been diagnosed with COVID-19, the highly infectious respiratory disease caused by the coronavirus. Some 109,000 have recovered but almost 19,000 have died, according to data compiled by the US-based Johns Hopkins University. The crisis, declared a pandemic by the World Health Organization (WHO), is testing healthcare systems around the world, prompting governments to impose a series of drastic measures in a bid to curb the spread of the virus.

But it poses a particular challenge to Libya, which has been engulfed in chaos since the 2011 overthrow of longtime ruler Muammar Gaddafi.

The oil-rich country is split between the GNA in Tripoli and a rival administration in the east affiliated with Khalifa Haftar, a renegade military commander who in April last year launched an offensive to wrest control of the capital.

In January, tribal groups loyal to Haftar seized several oil terminals under the nominal command of the GNA to squeeze its hard currency reserves. That campaign has cost the government more than $3.5bn in lost revenue to date, according to Libya’s National Oil Corporation.

Oil, which accounts for nearly all of Libya’s exports, is crucial for authorities in Tripoli to pay state workers across the country, including those employed in the health sector.

In another blow to the government’s efforts to combat the coronavirus, clashes resumed along the capital’s southern front on Tuesday, a day after UN Secretary-General Antonio Guterres urged restraint.

“If the fighting goes on, we might have an absolutely devastating spreading of the epidemic,” Guterres said as he called for a ceasefire in conflicts worldwide.

Both administrations had already imposed a curfew and ordered the closure of a number of public venues, including cafes and mosques, but echoing the UN chief’s comments, experts have warned that the moves will be undermined by the continuing fighting.