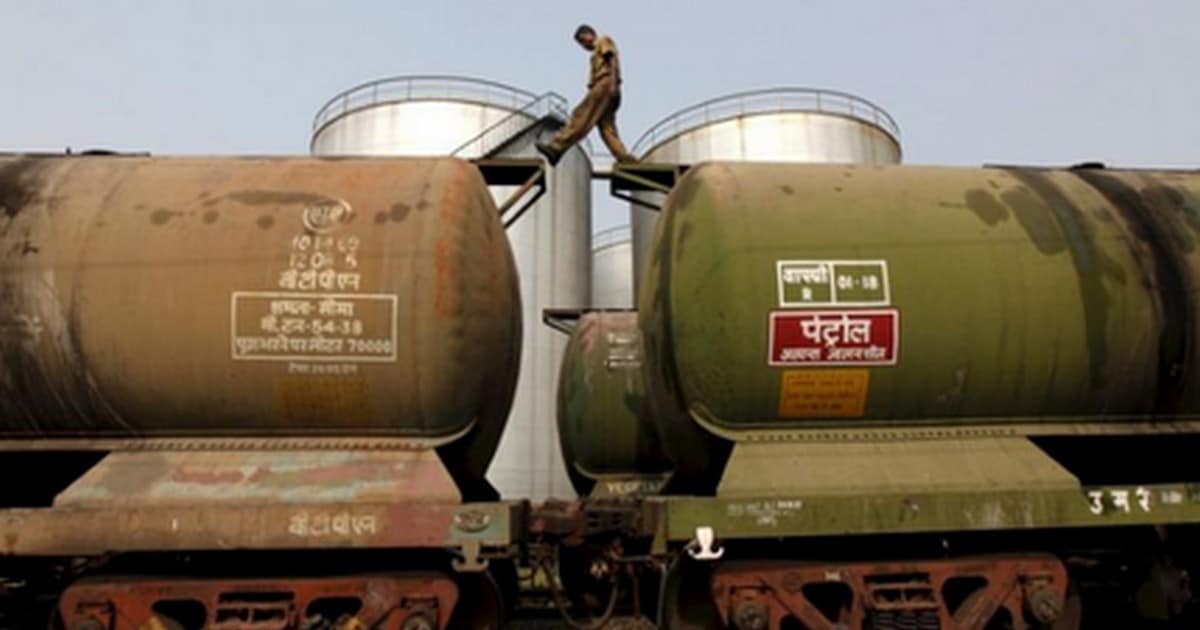 New Delhi: India’s state oil refiners are reducing crude processing as local fuel demand has tumbled due to lockdowns in much of the country that are aimed at halting the spread of coronavirus, industry and company officials said. Asia’s third largest economy with 1.4 billion people has reported about 500 cases of the virus but…

New Delhi: India’s state oil refiners are reducing crude processing as local fuel demand has tumbled due to lockdowns in much of the country that are aimed at halting the spread of coronavirus, industry and company officials said.
Asia’s third largest economy with 1.4 billion people has reported about 500 cases of the virus but health experts say a big jump could be imminent. The government has halted domestic flights and most train and metro services.
Representational image. Reuters
State fuel retailers and refiners Indian Oil Corp (IOC), Hindustan Petroleum Corp (HPCL) and Bharat Petroleum Corp (BPCL) operate about 90 percent of retail fuel pumps in India.
These companies also buy products from refiners including Reliance Industries, Nayara Energy and Mangalore Refinery and Petrochemicals Ltd (MRPL) to meet local demand.
But declining consumption is forcing state refiners, which together own about 60 percent of India’s 5 million barrel per day (bpd) refining capacity, to reduce the amount of crude they process as storage facilities fill up with unsold products.
Top refiner Indian Oil Corp and its subsidiary Chennai Petroleum has cut refinery runs by an average of 15 percent to 20 percent, sources familiar with the matter said.
“About 65 percent of the crude is used to produce jet fuel, petrol and diesel …demand for these products is very low,” one said.
Another source said: “IOC’s has storage capacity but that is used for operational requirement and not for demand management.”
The sources asked not to be identified as they were not authorised to speak to media. IOC did not respond to a Reuters email seeking immediate comment.
India’s second biggest state-refiner BPCL cut crude processing by “significant” amount next week if consumption continued to fall, BPCL’s head of refineries R Ramachandran told Reuters, adding diesel and petrol consumption tumbled in recent days.
“If the lockdown continues we are staring at double-digit decline in jet fuel, petrol and diesel demand in March, which will necessitate cut in our refinery throughput,” he said.
Fuel sales in first two weeks of March fell 10 percent year on year.
“This is an extraordinary situation it has not been seen earlier,” said MK Surana, chairman of HPCL, which will cut crude processing by 10 percent to 20 percent at its Mumbai refinery as it faces a problem storing bitumen.
Unlike petrol and diesel that can be supplied across the country by pipeline, refiners rely on trucks to transport bitumen, which is used to build road.
Surana said HPCL’s Vizag refinery was still running at full capacity but said this was only like to last a few more days.
MRPL, which is based in southern India and sells products to state fuel retailers and usually exports its surplus, said it was dealing with an “unprecedented” fall in demand from state fuel retailers.
“Even the international market is not favourable for export specially jet fuel,” said MRPL managing director M Venkatesh.
“MRPL will have to take a significant cut in crude processing. Slowdown in refining processing could begin in early April.”