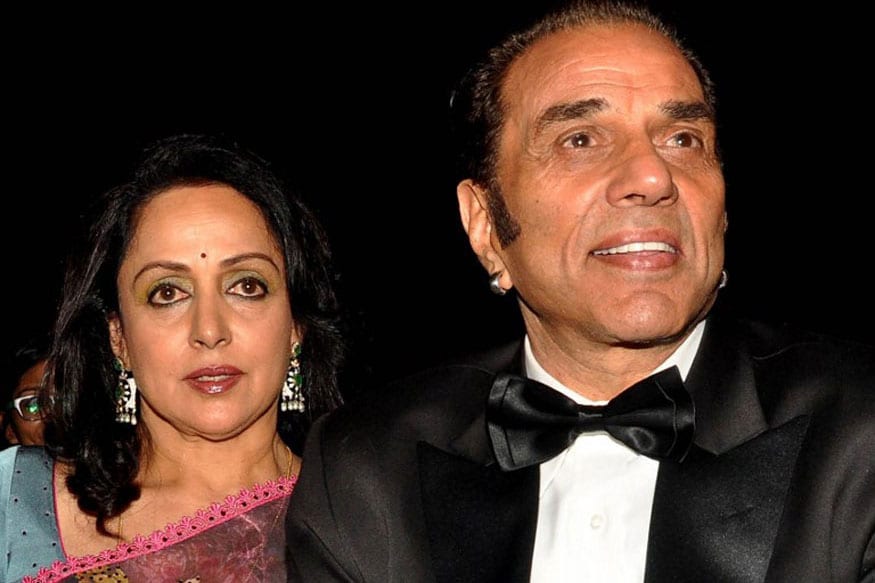 On The Kapil Sharma Show, Hema Malini shared that veteran actor Dharmendra had booked an entire hospital so that she was not disturbed by her fans during delivery of daughters Esha and Ahana. News18.com Last Updated: March 22, 2020, 10:44 AM IST Share this: Bollywood's evergreen couple Hema Malini and Dharmendra's love story isn't short…

On The Kapil Sharma Show, Hema Malini shared that veteran actor Dharmendra had booked an entire hospital so that she was not disturbed by her fans during delivery of daughters Esha and Ahana.

Bollywood’s evergreen couple Hema Malini and Dharmendra’s love story isn’t short of a movie plot. During her latest appearance on The Kapil Sharma Show, Hema revealed that Dharmendra booked an entire hospital for her when she had to deliver their daughters Esha and Ahana.

“Yes, it’s true, during the delivery of Esha and Ahana, he had booked the whole hospital on my name so that I don’t get disturbed by fans,” the actress reminisced,” the actress was quoted as per a Mumbai Mirror report.

On the show, Hema appeared with her daughter Esha, who debuted as an author with her first book titled Mamma Mia. The mother-daughter spilled the beans about their family secrets that they kept under the wraps for the longest time. Hema revealed that Dharmendra was initially not supportive of the idea of Esha acting in films.

“Esha was interested in extra-curricular activities such as sports and dance. Like in our house, we used to do dance practice because of which she started liking it and wanted to be a professional dancer and even make her career in Bollywood. However, Dharamji didn’t like his daughter dancing or making her Bollywood debut and he had an objection to that,” Hema said, according to a report in Times of India.

The veteran actress then said that when he saw the grace in Esha’s dance and the appreciation that she received, he changed his mind.

Read: Manushi Chillar: Huge Responsibility to Do Justice to Sanyogita’s Role on Screen