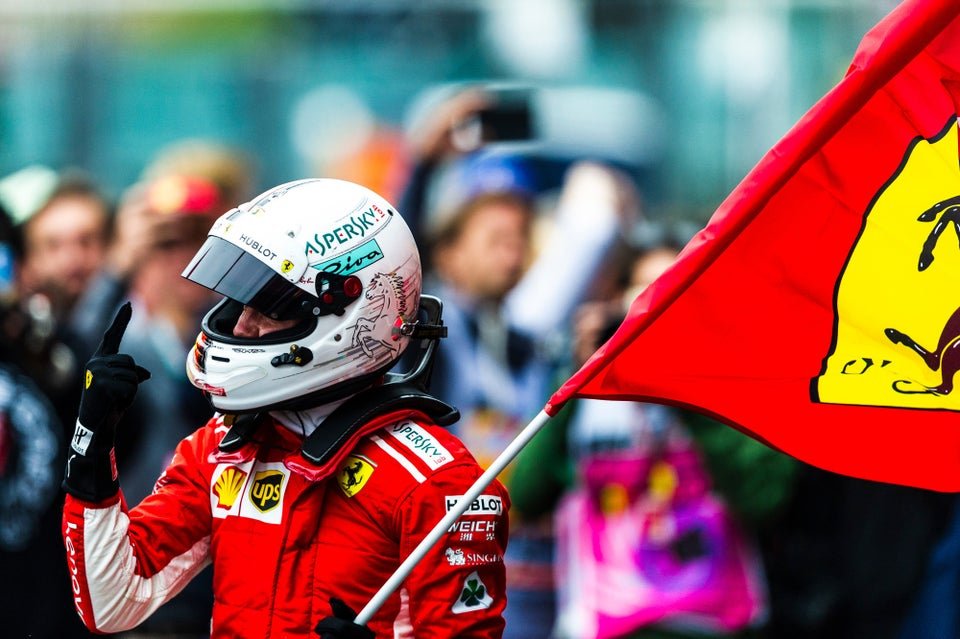 Sebastian Vettel has come under a lot of pressure as of late. Fans constantly belittle the German and write off his past accomplishments as a mere fluke. Vettel’s place in Ferrari has been constantly questioned and many believe Ferrari should drop the German after his contract expires. Something that a few people often look past,…

Sebastian Vettel has come under a lot of pressure as of late. Fans constantly belittle the German and write off his past accomplishments as a mere fluke. Vettel’s place in Ferrari has been constantly questioned and many believe Ferrari should drop the German after his contract expires. Something that a few people often look past, is Vettel’s finest moments with Ferrari.

Yes, he hasn’t captured a World Championship with the team but he has displayed some phenomenal race craft over the years. Here are some of Vettel’s best overtakes while donning the red suit.

Sebastian Vettel at China in 2017

First up on this list is the 2017 Chinese Grand Prix. The race began in wet conditions with the pack opting to start on the intermediates.

The 4 times World Champion started on the front row but decided to box early under a VSC, pushing him down to sixth. The move proved to be the wrong strategy call as a full safety car was deployed a few laps later. The German went on a charge, passing teammate Raikkonen and moving up to fourth.

Vettel was now behind Red Bull’s Daniel Ricciardo but it wasn’t for long. Vettel successfully swooped past the outside and managed to outbrake the king of late-brakers himself. The pair ended up touching wheels but Vettel emerged victorious after a fantastic move.

Next up, the 2017 Spanish Grand Prix. At this stage of the season, it was apparent that Ferrari was a serious force to be reckoned with. The German had found his mojo with the SF70h and looked at ease with the car. Seb got a monster launch at the start of the race and took the lead heading into turn 1. However, the German found himself stuck behind Bottas’ Mercedes after exiting the pits.

Vettel danced past Bottas in a move that was reminiscent of a snake preparing to lunge. Even with two wheels on the grass, the German managed to outclass the Finn’s defence.

Last years’ British Grand Prix was one to forget for Sebastian Vettel. But the 2018 edition is a race he will cherish for the rest of his days. More importantly, it was Ferrari’s first win in 7 years and Vettel did it in style.

A late safety car turned the race on its head, handing the lead to Valtteri Bottas. The German was once again tasked with passing a Mercedes but this time – for the win. The quadruple World Champion drove his heart out in that race and after several attempts, finally succeeded.

Sebastian Vettel pulled off a stunning move down the inside – heading into Brooklands. An unforgettable moment for Ferrari fans and a much-needed result for the team.

The last entry on this list is the 2018 Belgian Grand Prix. That race wasn’t particularly exciting but the first few laps were an absolute treat to watch. The race start was perhaps the most chaotic start at Spa since the 2012 edition but the real action didn’t take place until a few corners later.

Pole-sitter Hamilton got a good launch and led the pack through the first few sequences. As the cars headed into Eau Rouge I remember jumping out of my seat and letting out a triumphant roar (as did the thousands present at the circuit). Vettel closely followed Hamilton through Radiilon and pulled alongside him on the Kemmel straight to take the lead.

David Croft, who was on commentary, did complete justice and captured everyone’s emotions perfectly.

A line that still gives me goosebumps whenever I rewatch this race.

Some fans are quick to dismiss Vettel’s contributions to the Scuderia. In reality, the man’s given everything to the team he loves and admired, growing up.