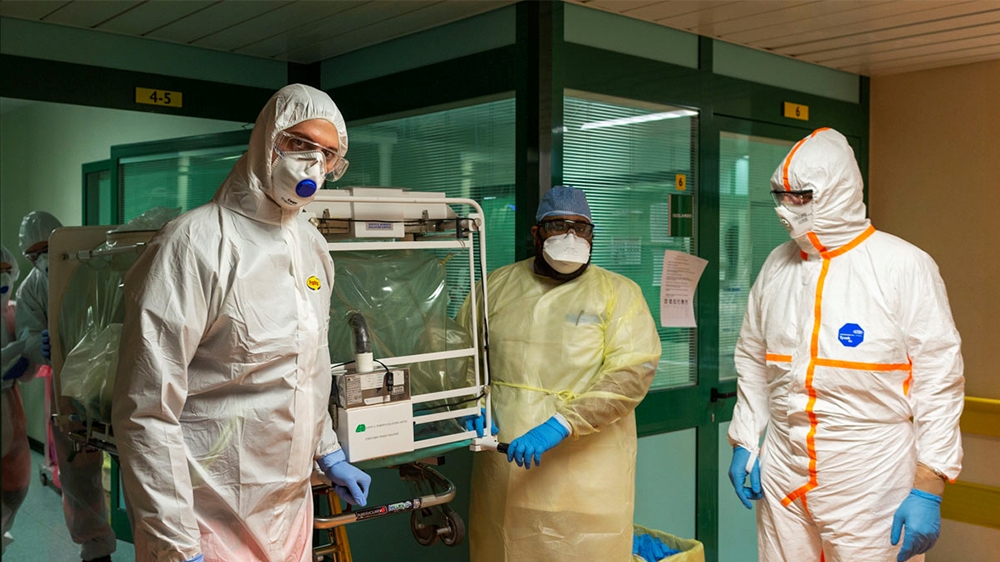 Rome, Italy - As coronavirus cases jump and deaths surge in Italy, new figures show an "enormous" level of contagion among the country's medical personnel. At least 2,629 health workers have been infected by coronavirus since the onset of the outbreak in February, representing 8.3 percent of total cases, according to a report published on…

At least 2,629 health workers have been infected by coronavirus since the onset of the outbreak in February, representing 8.3 percent of total cases, according to a report published on Wednesday by Gruppo Italiano per la Medicina Basata sulle Evidenze or GIMBE – Italy’s Group for Evidence-based Medicine.

The data has sent shock waves through the country’s already strained healthcare system.

“Figures regarding the contagion among doctors, nurses and general health professionals have started being disclosed only on March 11. Hundreds of new cases have been daily recorded since then. But medical personnel on the front line should be the first to be protected.”

Cartabellotta said the actual number was likely to be higher because healthcare workers are not always  tested and protection measures at hospitals were inadequate.

Many who tend to coronavirus patients are still only using surgical face masks with no proper protective filters to shield them from contagion.

The percentage of health workers infected in Italy is almost double the number registered throughout the epidemic in China, during which a total of more than 3,200 people died.

According to figures published in JAMA Network Open, an online medical site from the Journal of the American Medical Association, infected medical staff in China made up 3.8 percent of the total cases, with only five deaths.

Over 60 percent of the medical staff who were infected were registered in the epicentre’s outbreak, Wuhan.

Italy is the worst-hit country after China.

There are no official figures on the number of medical personnel who have died of coronavirus in Italy.

According to Italian daily Corriere della Sera, a general practitioner from the province of Lodi died on Wednesday. This raised the death toll of family doctors in the area to four. Other regions have also registered losses among medical staff.

A lack of equipment, resources and personnel has piled pressure on Italy’s health system.

Italy does not produce masks. With the pandemic spreading, some of its closest neighbours have been reluctant to export supplies they may need soon.

“The problem right now is the supply of the protective gear,” Cartabellotta said. “The government should have thought of this some time ago. It is logical that following the global explosion of the pandemic, countries producing masks and other protective devices are now keeping them to themselves and stopped their exports.

“We already have a limited number of doctors and nurses. Under extreme circumstances, we could even ask them to keep working even if [they] tested positive for coronavirus. Still, they should be equipped with protective devices to avoid spreading the virus further.”

An emergency decree presented by the government on Monday allocated 3.5 billion euros ($3.8bn) towards the ailing health system.

“We are importing medical personnel from abroad and throwing new young healthcare professionals without licenses into the fray,” Cartabellotta said. “If we don’t provide them with adequate protection, it will end up like in a war where soldiers don’t die while fighting on the battlefield, but because of lack of equipment. The more medical personnel is infected, the weaker the responsiveness of the healthcare system.”