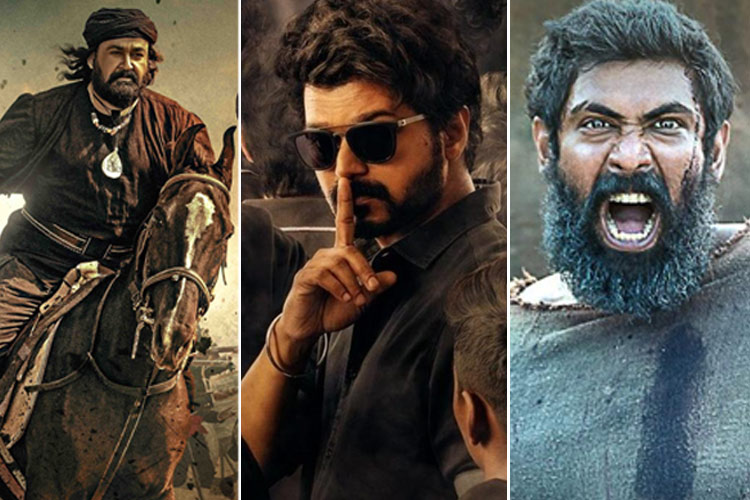 There's no information yet on whether Vijay''s 'Master' will be pushed but several other films have decided to postpone their release dates.Kerala, Tamil Nadu, Karnataka, Telangana, Maharashtra and a few other state governments across the country have ordered complete shutdown of cinema theatres in their regions amid the spread of novel coronavirus. Among the south…

There’s no information yet on whether Vijay”s ‘Master’ will be pushed but several other films have decided to postpone their release dates.

Kerala, Tamil Nadu, Karnataka, Telangana, Maharashtra and a few other state governments across the country have ordered complete shutdown of cinema theatres in their regions amid the spread of novel coronavirus. Among the south Indian states, it was Kerala that first stepped up to the task, ordering the shutdown of cinema halls on March 11. Karnataka followed suit on March 14, announcing a week-long shutdown while Telangana made the announcement the next day. In Tamil Nadu, the announcement came on March 16, a day after it ordered partial shutdown in districts closer to its borders. The shutdown is expected to be in place until the end of this month in Tamil Nadu.

According to an industry research by Care Ratings, if this shutdown were to be in place for a month, the estimated revenue loss from just the sale of movie tickets would be around Rs. 3,500-4,500 crore across the country.

This shutting down of cinema halls has resulted in a big loss for films, especially the ones that were released last week and also for the ones waiting to release in the coming weeks.

In Tamil Nadu, three films released on March 13 – the Sibiraj starrer Walter, Harish Kalyan’s remake of Vicky Donor in Tamil titled Dharala Prabhu and the Vikram Prabhu starrer Asura Guru. The week leading up to the shutdown already saw low footfalls and now, with the closing of the cinema halls, the business for these films has taken a serious hit.

While actor Harish Kalyan tweeted that Dharala Prabhu would be re-released, Sakthi Film Factory’s Sakthivelan who released Asura Guru, says the situation cannot be helped. “We have no choice other than to postpone upcoming releases. There is no doubt that this situation has affected the industry 100%. Films in the pipeline will be affected. When the situation improves, the number of releases too will increase, creating another problem. We may not be able to find a way out of this eventuality for now.”

Sakthi Film Factory has also produced Jyotika’s upcoming Pon Magal Vandhal that was scheduled to release on March 27. The film’s release date has been pushed as of now.

Among the films scheduled to release in Tamil during the next two weeks are Prabhu Solomon’s trilingual Kaadan/Aranya/Haathi Mere Saathi starring Rana Daggubati and Vishnu Vishal in lead roles. Eros International, the film’s producer, announced that the film will not be releasing on April 2 as announced earlier, and that the team would come up with a new release date soon.

Other films, Kavalthurai Ungal Nanban and C/o Kadhal, the remake of the Telugu film C/o Kancharapalem, that were supposed to be released on March 20 have also been postponed. Producer SR Prabhu explains that while the situation looks grim for the producers, those who work in the production of these films would face the brunt of it.

“This loss may not make a big difference for producers, but those who work for daily wages in the industry will be hit in a major way. The rotation of money would be a problem for a couple of months. People will have to dig into their savings,” says Prabhu.

He continues, “As a generation, we have not seen such a scenario. We should be working on approaching this more sensitively. We should be helping each other and stay careful. We should not be speaking about revenue loss as of now.”

Vijay’s Master, directed by Lokesh Kanagaraj, is scheduled to release on April 9. As of now, there’s no information on whether the film will be pushed or not.

Uncertainty prevails in Tollywood, too, as the Telangana government has issued orders to shut down theatres and cancel all shooting until March 21, and this deadline may be extended depending on the situation. Since no one can say for certain how long the crisis will continue, all the producers – small and big – are equally worried about their upcoming releases.

This week, Tamil actor Sivakarthikeyan’s Shakti, the Telugu version of his Tamil film Hero, was scheduled to release on March 20, followed by small budget films like 30 Rojullo Preminchadam, Amrutha Ramam and Orey Bujji Ga. These films were trying to avoid clashes with big film releases like Rana Dagubatti’s Aranya (Kaadan/Haathi Mere Saathi) and Anushka’s Nishabdam (which was also supposed to hit the screens on April 2) as they would dominate the screens when they release and result in losses for the small films.

Speaking to TNM, Telugu Film Chamber Secretary KL Damodar Prasad said that they haven’t convened any discussion with the producers about how to schedule the releases. “So far, no discussion has happened over this because of the uncertainty prevailing. Clarity will emerge soon hopefully, then we will discuss how to reschedule the releases in a way which would benefit everyone. It totally depends on how people respond to it. If we can come to a common consensus acknowledging the plight of each other, it would be good,” he said.

Echoing similar views, film producer Tammareddy Bharadwaj said that since it’s a pandemic, everyone will be equally affected. “It is a matter of survival now, we have to prioritise life over economy. Not just cinema, every other business is facing the same crisis and we are no different,” he added.

As for Sandalwood, films like Naragunda Bandaya and Shivaarjun released on March 12 and screenings were stopped due to the Karnataka government’s decision to shut down all theatres in the state for a week. Salaga, that marks Duniya Vijay’s directorial debut, was expected to release on March 25 and will now be postponed. Darshan’s most expected Roberrt too will be pushed due to the shutdown.

In Malayalam, while Tovino Thomas’s Kilometers & Kilometers has been rescheduled, Mohanlal’s most awaited Marakkar: Arabikadalinte Simham too will have to find a different release date because of the shutdown. This film was expected to be released on 26 March 2020 along with dubbed versions in Tamil, Telugu, Kannada and Hindi.

(With inputs from Prajwal)