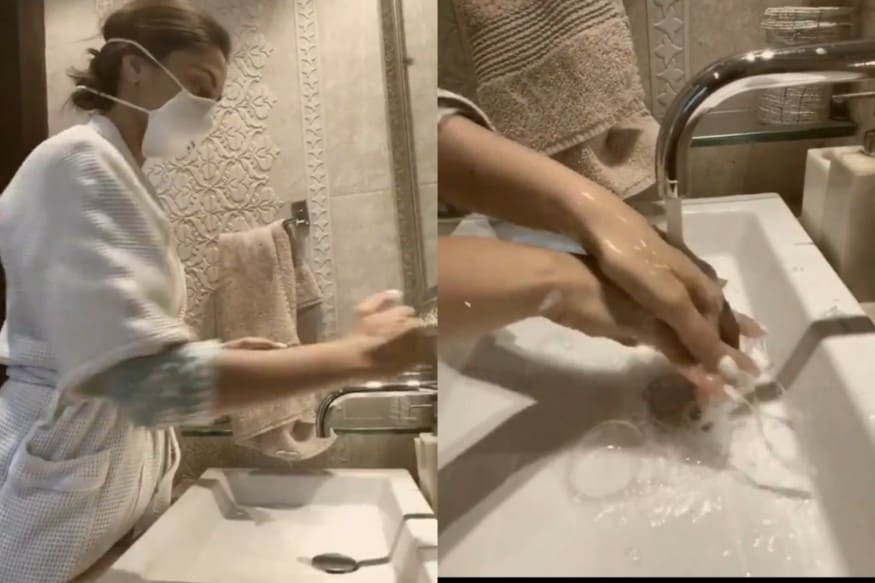 Deepika Padukone accepted the #SafeHands challenge by World Health Organization’s Director-General Tedros Adhanom Ghebreyesus and shared a video of herself washing her hands.

Actress Deepika Padukone was one of the three celebrities nominated by World Health Organization’s Director-General Tedros Adhanom Ghebreyesus for the #SafeHands challenge along with Arnold Schwarzenegger and Priyanka Chopra. The actress took to Twitter to accept the challenge and shared her hand-washing technique.

The actress shared a video where she was seen washing her hands with a vintage song playing in the background. She was seen wearing an N95 mask as a preventive measure against Covid-19. She then nominated tennis player Roger Federer, football star Christiano Ronaldo and Indian cricket captain Virat Kohli. “Thank You @DrTedros, for nominating me for the #SafeHands Challenge!#COVID19 surely is an uphill health and public safety task, but all of us are in this fight together!I further nominate @rogerfederer,@Cristiano and @imVkohli to take up this challenge! #coronavirus #StaySafe,” she tweeted.

Check it out below:

Many fans praised her for taking part in the challenge. “That’s the best thing to spread awareness kudos to you,” one fan wrote while another commented, “I Stan a woke queen , being aware of washing hands but also not wasting water.”

Deepika will be next seen in Kabir Khan’s 83 with husband Ranveer Singh where she will play Kapul Dev’s wife Romi Bhatia Dev. The film is scheduled to release on April 10, 2020.