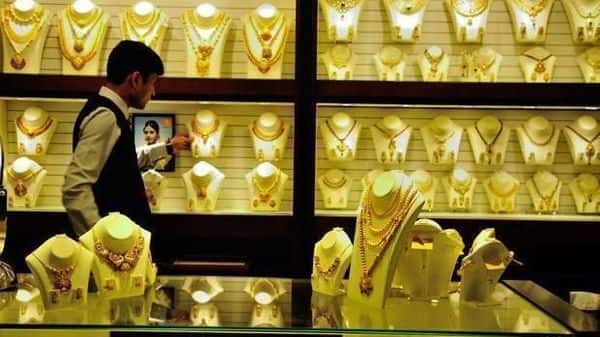 Many analysts say that gold will benefit from all global monetary and fiscal stimulusGold, silver prices had crashed last week

Gold prices today rebounded in Indian markets after last week’s crash. On MCX, April gold futures jumped 1.5% or ₹600 to ₹40,460 per 10 gram, after plummeting about ₹1,800 in the previous session. Gold prices had fallen in the previous four sessions in a row. An advance in global markets and a weaker rupee helped recovery in domestic gold prices. Gold prices in India include 12.5% import duty and 3% GST. Silver also gained today with futures on MCX rising 1% to ₹40,932 per kg. Silver had crashed over ₹3,500 per kg in a single session on Friday.

“MCX gold, having fallen by more than 1,800 points on Friday, witnessed a sharp recovery in prices in early trades on Monday. Moreover, in a yet another surprise move, Federal Reserve on Sunday cut rates to record bottom levels since 2008. Fed also said until they are confident of economy returning to is normal pace, it would keep rates at these levels,”said Jigar Trivedi, research analyst for commodities at Anand Rathi Shares.
In global markets, gold prices jumped today after the US Federal Reserve slashed its benchmark interest rate to near zero. Gold surged as much 3% before paring some gains. Lower rates typically boost the appeal of gold, which doesn’t offer interest. Gold today rose as much as $45 to $1,575.47 an ounce and was later 0.2% higher at $1,532 in Singapore. Among other precious metals, silver climbed almost 3% before paring most gains.
Gold is often seen as a safe-haven asset in a down market. But last week the precious metal fell the most in over three decades as investors rushed to raise cash to cover losses in other markets, while a stronger dollar also curbed the metal’s appeal, ending the week with a loss of 8.6%.
Many analysts remain positive on gold, saying that the yellow metal will benefit from all this global monetary and fiscal stimulus.
The volatility in gold prices have dampened the physical demand of the metal in India. Gold imports have been recording negative growth since December last year. According to the latest data, gold import fell nearly 9% to $27 billion during April-February. The decline in gold imports has helped in narrowing the country’s trade deficit to $143.12 billion during April-February period of the current fiscal, as against $173 billion a year ago. (With Agency Inputs)