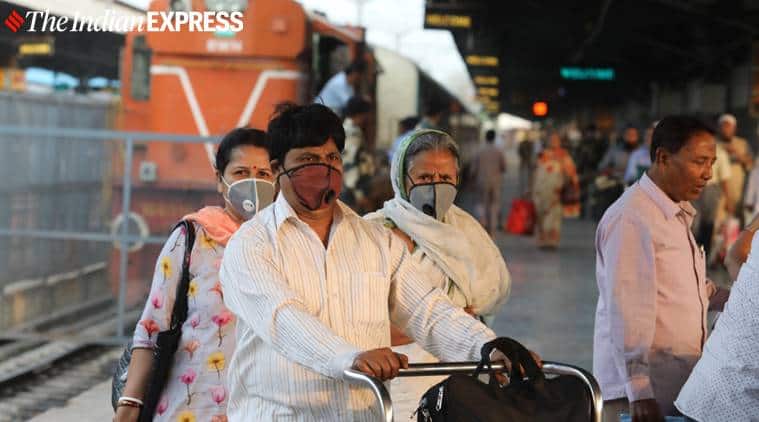 Written by Tabassum Barnagarwala | New Delhi | Updated: March 16, 2020 9:39:38 am While discharging 13 patients, Indian authorities have been following a guideline that a patient must be tested twice within a gap of 24 hours. (Express Photo/File)Out of 110 individuals who have tested positive for novel coronavirus infection in India, 13 have…

While discharging 13 patients, Indian authorities have been following a guideline that a patient must be tested twice within a gap of 24 hours. (Express Photo/File)

Out of 110 individuals who have tested positive for novel coronavirus infection in India, 13 have been discharged, according to the Health Ministry’s update on Sunday. Worldwide, out of over 1.56 lakh positive cases, over a third — 54,000 —have recovered.

Yet there have been cases in China, South Korea and most recently Japan, where treated patients were rediagnosed with COVID-19 after discharge. On February 14, a septuagenarian in Japan was diagnosed in a cruise ship; on March 2, he tested negative and was discharged; on March 14, he tested positive again.

The US Centers for Disease Control and Prevention said immunity against COVID-19 is not fully understood. Signals from the previous coronavirus outbreaks have been mixed: studies on the virus that caused MERS showed people are unlikely to get reinfected within a short time of the original infection, while there were records of relapse during the SARS outbreak.

There are at least two possible scenarios leading to a second positive test. The virus could have lain dormant in the body, so that the test before discharge would have failed to pick the low virus threshold. Eventually, the viral load would have increased so that it would be detected during re-testing. The second possibility is that the patient reacquired the infection, perhaps a mutated strain, from the community.

There could also be laboratory-related factors responsible for a second positive test — a human error in testing, contaminated swab samples, an oversensitive nucleic acid test during re-testing, or discharge given to a person still infected, without following proper protocol. “The PCR (polymerase chain reaction) test amplifies and picks the virus. But it is possible the sample got contaminated; also sensitivity of the test is not 100%,” said Dr Tanu Singhal, infectious diseases expert in Mumbai’s Kokilaben Dhirubhai Ambani Hospital.

📢 Express Explained is now on Telegram. Click here to join our channel (@ieexplained) and stay updated with the latest

While discharging 13 patients, Indian authorities have been following a guideline that a patient must be tested twice within a gap of 24 hours. Only if both tests come negative is the patient discharged. China has a similar protocol in place but some experts have raised concerns whether each patient discharged did undergo two tests. The country’s diagnostic resources were under strain with over 80,000 cases.

In many cases, a coronavirus infection causes lifelong immunity. In several other cases, however, the antibodies produced against the virus may not prove effective if there is a mutation in the virus. In such cases, there will be reinfection.

Have a question on the COVID-19 outbreak and what you should/should not do? Write to explained@indianexpress.com