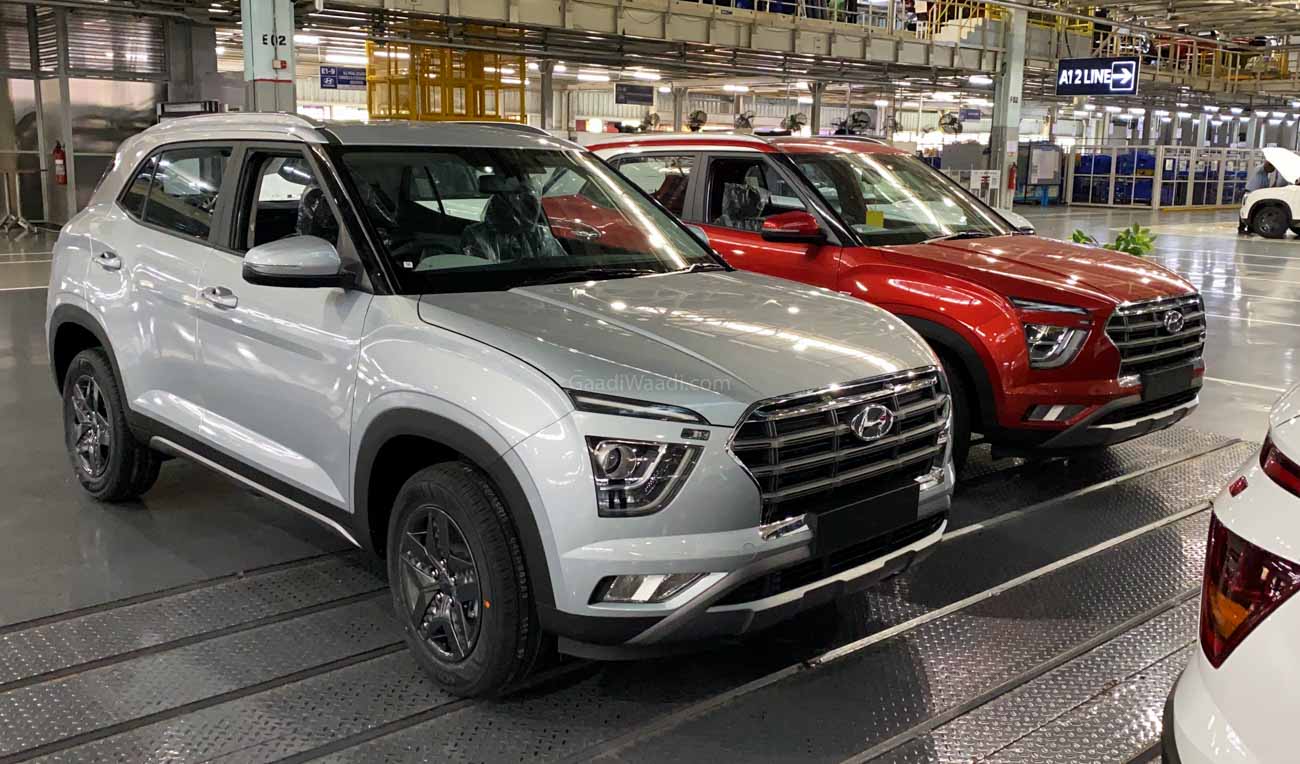 Majority of the mass-market manufacturers in the country now offer at least one SUV under the Rs 20 lakh (ex-showroom) in their respective line-up SUVs continue to gain popularity in the Indian automobile market, and account for a good portion of the sales charts. However, gone are the days when SUVs were considered expensive, and…

SUVs continue to gain popularity in the Indian automobile market, and account for a good portion of the sales charts. However, gone are the days when SUVs were considered expensive, and instead, manufacturers are focusing on launching more and more affordable SUVs in the market, in order to attract a wider group of audience that would otherwise buy a hatchback or even a sedan.
Here’s a list of the top 5 SUVs that you can currently buy in the Indian market under Rs 20 lakh, ranging from the sub-4m range to mid-size SUV segment –
1) Mahindra XUV300
The Mahindra XUV300 might be on the expensive side of the sub-compact SUV list, but there’s no denying the fact that the car is packed up to the brim with features, including an electric sunroof, first in segment front parking sensors, dual-zone automatic climate control, heated ORVMs, ambient lighting, automatic projector headlamps and more! Also, the XUV300 is one of the safest cars in the country, and scored 5 stars for adult safety and a 4-star rating for child safety in the Global NCAP crash test.

The car comes with a 1.2-litre four-cylinder turbocharged petrol engine that generates 110 PS of power and 200 Nm torque, along with a 1.5-litre oil burner which is rated at 116.6 PS/300 Nm. The transmission duties are handled by a 6-speed manual gearbox on the former, while the diesel motor can be paired with either a 6-speed MT or a 6-speed AMT gearbox.
The XUV300 is the most affordable SUV on this list, and the car’s base manual petrol W4 variant is currently priced at Rs 8.3 lakh, while the top-end automatic diesel trim retails at Rs 12.68 lakh (both prices, ex-showroom).
2) Kia Seltos
The Seltos marked the entry of Kia Motors in India last year, and the car has become one of the highest-selling SUVs in the country, thanks to its extensive feature list that offers a bang for the buck. Not only does the car offer a plethora of first in class features, it also comes with three different powertrains, including a 1.5-litre NA petrol engine (115 PS/144 Nm), a 1.5-litre diesel engine (115 PS/250 Nm), and a 1.4-litre turbocharged petrol mill (140 PS/242 Nm).

In terms of features, the Seltos comes with a 360-degree camera, a smart air purifier, a heads-up display, a 10.25-inch touchscreen infotainment system with smartphone connectivity and UVO connected-car tech, an 8-speaker Bose sound system, an electric sunroof, power adjustable driver’s seat and more.
Kia retails the petrol variants of the Seltos between Rs 9.89 lakh and Rs 17.29 lakh, while the diesel trims are priced from Rs 10.34 lakh to Rs 17.34 lakh (all prices, ex-showroom).
3) 2020 Hyundai Creta
The first-gen Creta has continued to be one of the most popular mid-size SUVs in the Indian market, and the soon to be launched second-gen model is expected to carry forward the nameplate’s success. The 2020 Creta will borrow its powertrains from the Kia Seltos, which means it will also be plonked with the 1.5-litre petrol and diesel, and 1.4-litre turbo petrol engines.

The upcoming Creta gets first in class panoramic sunroof, a 7-inch full-colour display for the instrument cluster, ventilated front seats, a touch-enabled smart air purifier, along with Hyundai’s BlueLink connectivity with voice commands for functions like operating the sunroof as well as the climate control.
Hyundai will be officially launching the new-gen Creta on March 16, and the mid-size SUV is expected to be priced in the range of Rs 10 lakh to Rs 17 lakh (ex-showroom) as an introductory offer, which means that it would likely undercut its cousin, the Kia Seltos.
4) MG Hector
MG’s first product in India, the Hector has brought in a lot of success for the Chinese-owned British manufacturer, which is evident on the monthly sales charts. MG offers the Hector with features that cars even a segment above are not offered with. The car gets a massive 10.4-inch vertically stacked touchscreen infotainment unit, along with a panoramic sunroof, a 360-degree parking camera, e-SIM internet connectivity with remote car operation, a powered tailgate, ESP, traction control, hill hold control, 6 airbags etc.

Under the hood, MG offers the Hector in India with a 1.5-litre petrol engine with a maximum power output of 143 PS, and peak torque output of 250 Nm, along with a Fiat-sourced 2.0-litre diesel engine that belts out 170 PS power and 350 Nm torque. The petrol-manual trims of the Hector also get mild-hybrid tech that brings along engine idle start-stop, regenerative braking and E-Boost with it.
MG has priced the Hector at a base price of Rs 12.73 lakh, which goes up to Rs 17.43 lakh (both prices, ex-showroom), making it the most affordable car in the segment that consists of Mahindra XUV500, Tata Harrier, as well as the Jeep Compass.
5) Tata Harrier
When the Harrier was launched back in 2019, it was only offered with a diesel-manual configuration. Fast forward one year, the Harrier received a mild upgrade which brought along BS6-compliance, an automatic transmission, and some additional features as well.

The upgraded BS6-compliant 2.0-litre Kryotec diesel engine now makes 170 PS of max power and 350 Nm torque, and can be had with either a 6-speed manual transmission or an automatic gearbox. Tata has equipped the car with features like a panoramic sunroof, 17-inch diamond-cut dual-tone alloy wheels, an 8.8-inch touchscreen infotainment system with smartphone connectivity & Tata’s connected-car tech, a 7-inch LED display in the instrument cluster and xenon HID projector headlamps.
The base Tata Harrier trim is currently offered at Rs 13.69 lakh, while the top-end automatic trim with all the bells and whistles will set you back Rs 20.25 lakh (both prices, ex-showroom).